3 ways you can turn fear of failure into motivation

What’s on TV this week: ‘For All Mankind’ and ‘Animals on the Loose’

Netflix is launching a ‘Dota 2’ anime series in March

What do Disney and ‘Star Wars’ have to do with selling electric Chevy Bolts? Not much

The extreme winter weather in Texas could cause gas prices to go up again, experts predict

Behind Biden’s social media, and a word on data: Tuesday’s daily brief

Trello’s ambitious update wants to be your productivity superhub 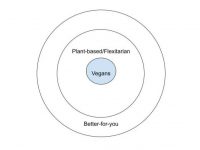 Nintendo will stream a 50-minute Direct on February 17th

Leaders matter. So do followers