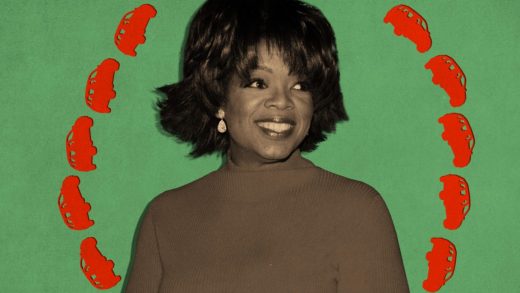 16 years later, we failed to take Oprah’s “You get a car!” moment to heart

Oprah Winfrey is arguably the most powerful and influential media magnate of all time.

With an almost subliminal command over the buying temperatures of countless consumers, a word from Winfrey can turn authors into instant millionaires, send cattle prices tumbling, or turbocharge a presidential candidate. She’s been nominated for Oscars, written bestsellers, and won the Presidential Medal of Freedom.

Yet the most memorable moment of Winfrey’s long and profoundly eventful career was when she gave away a bunch of cars on TV.

As of last Sunday, September 13, it’s been 16 years since The Oprah Winfrey Show episode in which the host gave all 276 audience members brand-new Pontiac G6 sedans. It was the same year that Facebook was created, and the year before YouTube was, which means that the entire era of shareable clips and memed social media responses has taken place since the episode first aired. Still, the memory of Winfrey screaming “You get a car! You get a car! You get a car!” above a shocked audience, who is screaming even louder, remains as indelible as ever today.

But why has that moment of Olympic generosity and feverish joy struck such an indelible chord in the popular imagination for all these years? And what does it mean that it has?

Let’s start by taking a look back at how the moment came about in the first place. In 1996, Winfrey introduced a new segment on her show called Oprah’s Favorite Things. Every year, right around Thanksgiving, she would share a new knickknack she loved, with an audience giveaway. Whether it was a watch or an iPod, whatever it was ultimately got a big retail boost afterward. (Her endorsement of Uggs in 2003 sparked an entire craze, despite the fact that wearing those boots feels like shoving one’s foot down an alpaca’s esophagus.)

By the premiere of the 19th season of The Oprah Winfrey Show in 2004, the host had given away a vast array of goods and services. It had become increasingly difficult to up the ante. Fortunately, according to the Making Oprah podcast, Winfrey’s best friend, Gayle King, was seated next to an executive from Pontiac on an airplane one day, and left with an offer to give away 25 cars on the show. Such an extravagant gesture was already certain to generate more attention than the average Favorite Things giveaway—but it wasn’t quite enough. Winfrey’s producers kept wooing and prodding the Pontiac people until they agreed to provide $8 million worth of sedans—enough to motorize every member of the audience.

As a seasoned and empathetic philanthropist, Winfrey wanted to ensure that this particular audience was packed with people for whom a new car wouldn’t just be a sweet bonus but a real difference-maker. As the Making Oprah podcast recounts, in an effort to give the gesture “depth and intention,” her producer screened audience members with questions like, “How do you get to work?”

If the energy in the studio during the car giveaway seemed even more ecstatic than it otherwise might, it’s because the cars went to people who needed them. The producers apparently even brought in paramedics, in case anyone passed out from excitement. (No one did.)

It was a carefully coordinated extravaganza, with Winfrey herself micromanaging the size of the bows on the cars, and the resulting TV gold has reverberated through public consciousness for the last two decades, living on in endless parodies and GIFs that even the cast of Euphoria, who were barely out of diapers when the show aired, is likely familiar with.

Why we still talk about it

There has to be some reason—beyond the niceness of the gesture, or the spectacle it inspired—that makes this moment a still-functional reference in 2020.

The “You get a car!” of it all is imminently mimicable, for sure, but that doesn’t explain the giveaway as a cultural phenomenon. Tom Cruise manically jumped on Winfrey’s couch the following year, inspiring a similar wave of parodies and magazine dissections. But nobody still talks about that moment, except as a key signifier of Cruise’s legendary mid-aughts rough patch.

Maybe the giveaway moment has hung around because it helped define an era, and reminds people of a better time—which would be kind of sad, considering that 2004 is mainly remembered as the year we learned about the abuses at Abu Ghraib, reelected George W. Bush, and fell in love with Napoleon Dynamite.

It might be instructive to look beneath the surface into what else was happening at the time, though. The car giveaway episode aired just two months before Bush won a second term—and just four months before the tide began to turn on him.

“I earned capital in the campaign, political capital,” Bush said in his first postelection press conference, “and I intend to spend it.” In February 2005, Bush misspent the perceived mandate of a popular vote win on a dreadfully unwise effort to privatize Social Security. The plan was to replace the basic foundation of Social Security with a program in which citizens could place part of their income into 401(k)-type accounts. It was a fatally flawed idea that united a sizable chunk of the polarized population in opposition. No bill ever moved forward to a vote in either house of Congress.

The lesson? People are generally in favor of overall economic security, especially in the form of giving money to people who need it, when they need it. Oprah Winfrey’s vision of how money should be distributed proved a lot more popular than the president’s. Instead of turning a public good into a stock market, she and her team (correctly) convinced Pontiac that it would be worth the company’s eventual while to get caught being super generous.

Why it still matters

If only Oprah had a hand in the government’s response to the pandemic! Perhaps she’d be able to cut through congressional gridlock and find a way to subsidize a quarantined population in dire need of financial relief. Quibbling over minor details, like whether $600 would be an incentive for unemployed people to not find work, has driven untold citizens to the brink of eviction. Meanwhile, the simple solution is obvious: Just give money to the people who need money right now.

The national debt would go up, sure, but the national debt is a ludicrous, imaginary number that has proven time and time again not to matter in any meaningful way. President Trump’s Tax Cuts and Jobs Act cut is estimated to have added $1 trillion to $2 trillion to the federal debt, and people hardly ever talk about it.

And that wasn’t even a matter of life and death for the masses.

The bottom line is that everybody benefits from the powers that be finding the money to give the masses what they need, when they need it. Politicians whose favorability is in the gutter would look magnanimous from passing legislation that makes hurt people whole, benefiting nearly as much, in a way, as those people themselves.

With an Oprah mindset, we might even find a way to finance a version of the Green New Deal and possibly save this fiery, smoky, glacier-melting planet from extinction.

If nothing else, Winfrey’s car moment suggests that when one is determined to give people what they need, the How Are We Going to Pay for It issue practically resolves itself. 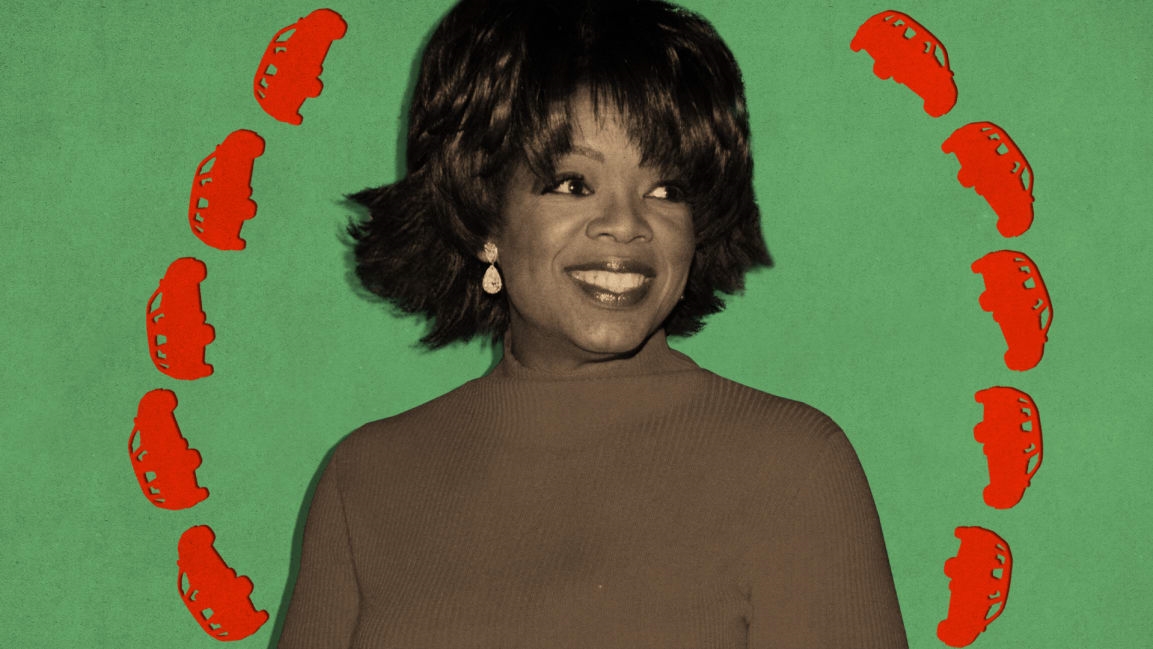