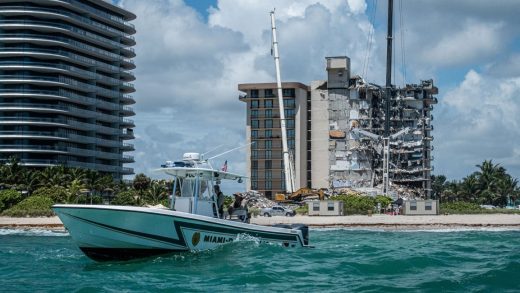 A freak accident or the first of many disasters? A look at why the Miami condo building may have collapsed

By trivess moore and david oswald

The 12-story building with 136 apartments was built in 1981 on reclaimed wetlands. More than 55 apartments have been destroyed. At least 11 people are confirmed dead and more than 150 remain unaccounted for. Many others have been injured.

It’s still unclear why the building collapsed, but there is speculation that it has been sinking over time, which may have been a factor. It’s likely the actual cause of the collapse won’t be known for months, if ever.

Yet it is important to find out exactly what happened, and what it might mean for similar buildings in Miami and around the world.

There’s no reason for this building to go down like that unless someone literally pulls out the supports from underneath or they get washed out or there’s a sinkhole or something like that, because it just went down.

Video footage suggests the building experienced a progressive collapse. This happens when there is failure of a primary structural element, which then causes failure of adjoining members. For example, if one floor can’t support the floors above it, those floors collapse and “pancake” the floors below.

While such apartment buildings are designed to carry heavy loads under normal static conditions, they provide little resistance against dynamic moving masses—such as an upper section pancaking a section below.

The Miami building’s progressive collapse is a similar effect to that witnessed on September 11, 2001, when fires inside the World Trade Center weakened the buildings’ structure and triggered a progressive collapse. However, in the case of the recent collapse, there was no evidence of a fire.

While the cause of the disaster isn’t immediately clear, some explanations are more likely than others for this type of collapse.

It has been reported that the building, which was constructed on reclaimed wetlands, was sinking. Building on unstable land could have caused damage to the foundations over time. When buildings experience lots of ground movement, large cracking can occur, causing structural damage.

Wow. Surreal video released by Miami Dade Fire Rescue as they work in the basement parking garage at Champlain Towers in Surfside, in FL. “Firefighters continue working on locating possible victims, while dealing with heavy damage and changing conditions in the parking garage.” pic.twitter.com/9oz67S96V8

There was also construction work nearby, and investigators will need to consider whether this could have disturbed the foundations. The construction could have created ground movement under nearby buildings due to vibrations or deep excavations.

The recent work on the building’s roof will also have to be investigated, although it’s less likely that this extra load would have caused the collapse. The building was also undergoing a 40-year recertification, as is required in Florida, and early media reports indicate that this process had not identified any major issue with the building.

Others may be at risk

The building foundation for such high-rises will typically rely on a type of “pile” foundation. Piles are essentially long, slender columns made of materials such as concrete and steel, which transfer the load from the building deep into the ground.

If there were a reduction in the capacity of the soil to support these loads, such as in the event of a sinkhole, there would be nothing underpinning the building. Given the information that has emerged so far, it’s likely the sinking of the building over time may have been a key factor in its ultimate collapse.

Once the initial emergency search for survivors is completed, and the remaining part of the structure is deemed safe, attention will turn to what exactly caused the collapse. A range of experts (such as structural engineers) will be involved in this review.

In previous building collapses in the United States, the causes have typically been identified following investigations. For instance, in the case of one Philadelphia building collapse in 2013, the catastrophe was attributed to the reckless and unsafe removal of structural supports during demolition work on a vacant building. This caused the vacant building to collapse onto a store, causing multiple deaths.

#MDFR began search & rescue efforts. Firefighters rescued 35 occupants from inside the building. Out of the 35, 10 occupants were treated for injuries and two were transported to local-area hospitals. #SurfsideBuildingCollapse pic.twitter.com/Q0M8DXbChz

In the case of the Miami building, however, the exact cause may not be as easy to identify. The building had undergone several inspections during the ongoing recertification process, yet it appears imminent danger was not detected.

Investigating a building collapse typically takes months, and a full answer is sometimes never found. Right now in Miami, this process should be as rapid as possible, as nearby buildings may also be in danger.

For residents’ sake, the question of whether this incident was an isolated freak event will need to be answered quickly and comprehensively. 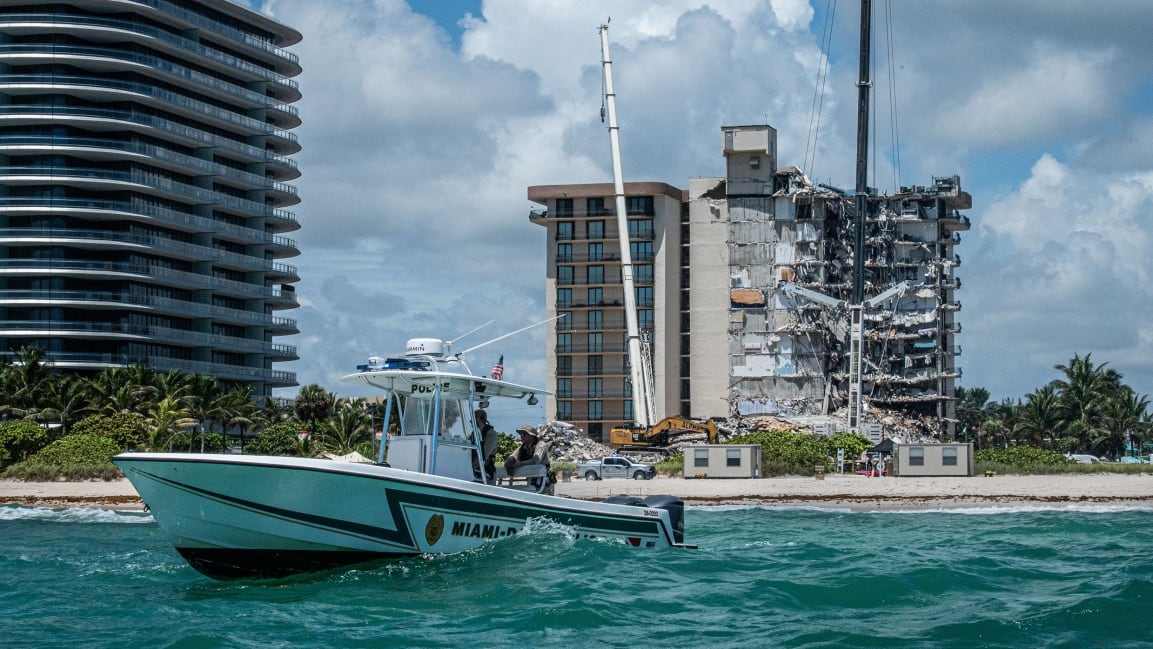