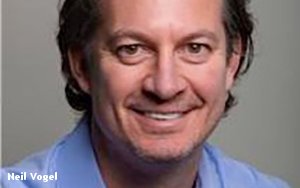 Proposed European Union legislation could give publishers new rights to charge Google, Bing, Yahoo and Facebook along with other news and content aggregators when they post snippets of news in queries on search engines or in news feeds on social sites. For publishers like About.com and TheBalance.com — both IAC companies — creating a giant pay wall presents a double-edged sword.

For publishers like About.com and TheBalance.com, the company’s newest niche Web site focused on finance, it’s a double-edged sword. Organic search clicks that lead to publisher sites drive traffic and views not only to editorial content, but advertisements. So what if the publisher changed search engines or news feeds $0.02 for every click that lead a Web site visitor to the publisher site? I would mean building an entire pay wall around all content.

A little more than half of the site traffic comes from search engine queries. “I would love to have all of our traffic come direct to the site, but that’s just not the reality of being a publisher today,” Vogel said. “About 20% to 25% of our traffic is direct.”

The balance of traffic to the Web site comes from social or social-like sources with a bit of email mixed in, too, he said.

Vogel wants content from About.com and TheBalance.com, both IAC companies, to list results in search engines, but has questions around how the aggregators can “scrap the content and repurpose it. And it’s become a great concern.

“A few companies in the space dominate the space and the decision they make affect all of us either positively or negatively,” he said.

Will organic clicks become paid for by advertisers or by consumers in Europe and the Untied States? Hard to tell Vogel said. “Today you’re at the mercy of some other company’s algorithm,” he said.

The Daily Beast President Mike Dyer told Search Marketing Daily in August during an interview that site visitors increasingly type the URL into a browser to go direct to the site, which has helped feed an uptick in advertising. In the past couple of years, internal numbers suggest direct to site visits rose from 20% to 45%, he said.