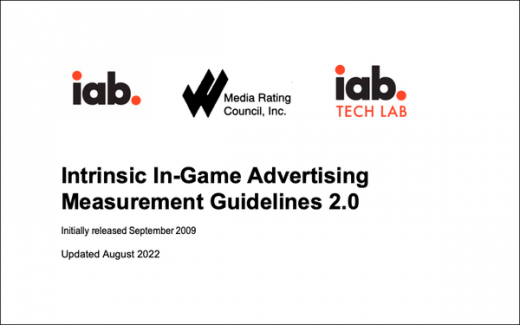 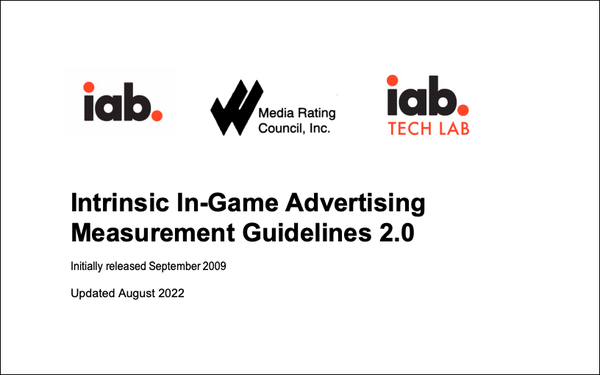 Following the end of a public comments period of a draft of new guidelines for measuring in-game advertising placements, the Interactive Advertising Bureau (IAB) and the Media Rating Council (MRC) this week released their official version.

Significantly, the new guidelines create a baseline for measuring so-called “intrinsic” ad experiences in gaming environments, including ones utilizing various forms of extended reality (VR, AR, etc.) that many see as the precursor for metaverse advertising formats.

The new guidelines even have a new industry acronym “IIG,” or “intrinsic in-game,” courtesy of the IAB.

“When IAB released its current standard of in-game ad measurement standards in 2009, video games and advertising technology [was] in a vastly different stage of development,” the IAB notes in a statement issued with the new standards release.

“The updated standards will address ad viewability, measurement, inactivity, and fraud with intrinsic in-game ads bringing them up to par with the rest of digital media. Intrinsic in-game ads refers to native in-game or in-play ads that are placed ‘in the game’ enabling a seamless part of the gameplay environment.”

“Intrinsic in-game ads refers to native in-game or in-play ads that are placed ‘in the game’ enabling a seamless part of the gameplay environment,” the IAB says.
MediaPost.com: Search & Performance Marketing Daily