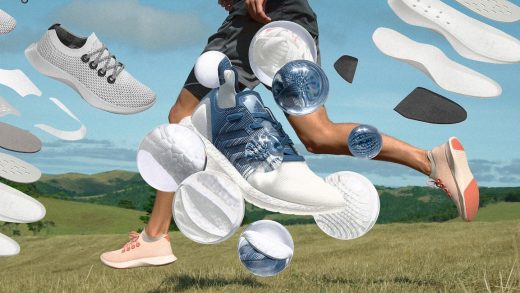 Six-year-old sneaker startup Allbirds is collaborating with the 70-year-old sporting giant Adidas to design a performance sports shoe with what the brands believe will be the world’s lowest carbon footprint.

The companies aren’t sharing many specific details, but we know they’re planning to combine their respective areas of expertise to create a shoe that has a carbon footprint of just 2 kg compared to the average 12.5 kg of other sneakers on the market. “Allbirds’ goal is redesigning the sneaker from the ground up,” says James Carnes, VP of brand strategy at Adidas. “Adidas’s goal is to sustainably manufacture at scale.” They hope to release a shoe in the next year.

Companies manufacture 24 billion pairs of shoes a year (for a mere eight billion humans). This involves extracting resources such as oil, leather, and cotton, then shipping these materials around the world in a complex supply chain. Greenhouse gases are emitted in every part of the process, accelerating climate change.

Only recently have shoe brands started addressing their carbon footprint. Allbirds launched in 2014 with the goal of creating an eco-friendly alternative to sneakers produced by mainstream brands. Major brands have followed suit. Adidas, for instance, partnered with Parlay for the Oceans, a nonprofit that creates recycled plastic from plastic fished from the oceans, to create sneakers and clothes. The company also launched FutureCraft Loop, an effort to create a fully recyclable running shoe (and a winner of Fast Company’s 2019 Innovation by Design awards).

This partnership between Allbirds and Adidas might seem surprising, given that they are are technically competitors (though Adidas is much bigger: the athletic company sold 11 million pairs of shoes in 2019, and Allbirds sold a small fraction of that). By collaborating, the two brands believe they can bring their respective expertise to the table to create one of the most sustainable shoes in the world. “When it comes to sustainability, we don’t see ourselves competing with one another, but competing for the future,” says Tim Brown, Allbirds’ cofounder. “If we don’t bring about change quickly, there won’t be a future to speak of.”

The seeds of the collaboration were planted about a year ago, when Brown and Carnes met at an event and threw around the idea of teaming up. Carnes points out that until now, many brands have focused on swapping out polluting materials for better ones. (Adidas has used recycled plastic instead of virgin plastic, and Allbirds has used sustainably sourced sugar foam for its soles instead of traditional plastic.) But these efforts don’t take into account the entire carbon footprint of the shoe, including the emissions required to transport materials around the world. “There are often tradeoffs when it comes to using one particular material over another,” Brown says. “Brands are very good at highlighting materials that are eco-friendly and not drawing attention to those that are polluting. But when you focus on carbon, you can’t hide; you have to think about everything that goes into making the shoe.”

Allbirds has made efforts to be transparent about its carbon footprint, which is roughly 7.6 kg per sneaker. (It also pays to offset this by investing in projects that neutralize carbon.) This year, the company unveiled a label for each shoe, identifying exactly how many kilograms of carbon dioxide were used in the manufacturing process, all the way back to the extraction of raw materials. The goal was to give customers a way of understanding the climate impact of a product the way they read a nutritional label.

But Allbirds doesn’t have the scale and manufacturing capability to reduce its carbon footprint as dramatically as it would like. That’s where Adidas enters the scene. As they design a shoe together, they’ll begin with the goal of trying to keep the carbon footprint as low as possible. Two kilograms of carbon is the rough equivalent of five miles driven in the average car or charging your cell phone 255 times, and it’s the smallest amount they believe is feasible. Says Carnes: “This requires designing every part of the process, rather than just incrementally improving how we currently make shoes.” 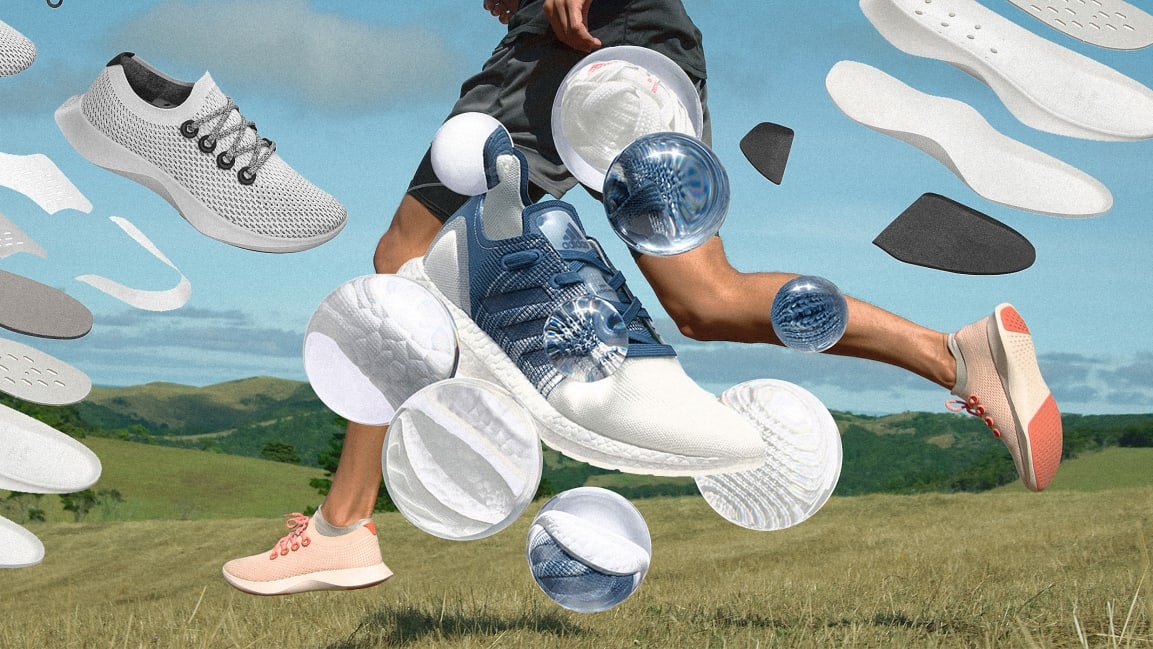