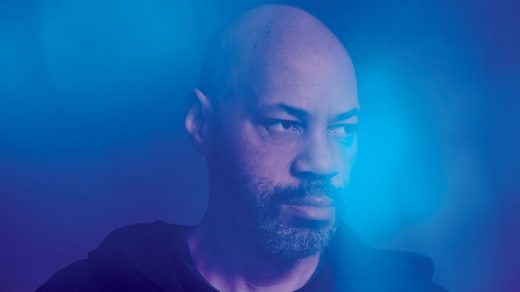 “American Crime” Showrunner John Ridley: “I’m Not Worried About How People Are Going To Respond”

Fast Company: You’ve had great success in movies. How did you end up going all in on television?

John Ridley: I’ll tell you something, [before winning the Academy Award]

I was reaching a place in my career where I was not very happy with the types of projects coming to me. It’s not as though the things I do [generate] an enormous box office. But I’d done interesting things—like U Turn, Undercover Brother, Three Kings—that have cult followings. Then around 2007, [the industry] went off the financial cliff, and Hollywood cut back on deals. It was all about the franchises. Studios weren’t betting on the more issue-oriented films.

At that point I [asked myself]: If this is going to be the last thing I can write or try to get made, what should it be? At that time I was really, really passionate about telling a Jimi Hendrix story, but a particular story, in a particular way, about a very particular moment in his life. That became [2013’s] All Is by My Side, with [Outkast’s] André Benjamin. And even though it wasn’t widely viewed, the folks at ABC—a television network—saw the film and said it was one of the most interesting things they’d seen. [They asked,] “Can you take that style of storytelling and bring it to television?” And that was the beginning of American Crime.

So it started with me sitting down and saying, You could chase this certain kind of project and that’s all you would be. Or you could be crazy enough to attempt this film about Jimi Hendrix. [I thought,] All right, let me be crazy. You don’t do things because everybody will see them. You do things because the right people will see them. And now I’m here in London, simultaneously finishing up three projects that are incredibly unique.

FC: You have a close relationship with ABC Studios, which works with your production company to develop content for ABC and other networks. How has that helped you?

JR: Business models have changed. Back in the day, you’d have a provider who’d pay a license fee, and the studio would sort of deficit-finance the project. Right now, I have somebody who says, “We really like John, we think he’s a creative person. If a content provider or distributor thinks that his idea is equally interesting, we’d love to get in partnership and help finance it.” What’s great is that I don’t have to, on a day-to-day basis, worry about where my next job is coming from. So I’m in an amazing situation. I don’t mean amazing as in “good,” I mean amazing like, I sit here and think about it, and I can’t explain to you how I ended up in a place like this.

FC: Much of your previous work showcases the stories of underrepresented people. Does that carry through in your current projects?

JR: With this season of American Crime, we address worker exploitation and workers’ rights in this country, and obviously a lot of that deals with undocumented workers. There are large sections of the show where the language is Spanish, a native Mexican dialect, French, or Haitian Creole. We’re representing individuals who don’t have the capacity to advocate for themselves in the language of the nation. I think that’s something that’s not normally portrayed—certainly not on broadcast television.

With Let It Fall, [I was] able to take a 10-year-long look at Los Angeles, from 1982 to [the Rodney King riots in] 1992. As a black man in America, much of the way I perceive race is black and white. But that is not the only discussion to be had on race in America. So [in the documentary], I explored black, white, Asian American, and Hispanic [perspectives]. It’s not just “us against them,” but it is all of us together, working toward progressive results within this country.

FC: You also produced Guerrilla, a miniseries that follows a mixed-race couple who become radicalized in racially charged 1970s London. Like this season of American Crime, it confronts this question of who really belongs, and whose humanity gets valued. Is the political climate today informing your work?

JR: American Crime started under a different administration, and the show we’re doing would have aired irrespective of who was in the White House. I’ve wanted to tell the [true-life] story that inspired Guerrilla for decades. A lot of the things that I talk about have been issues, continue to be issues, and, very unfortunately, will be issues moving forward—and need to be addressed, looked at, and dealt with.

I could not be more proud of the last eight years of [President Obama], in terms of what he represented and what he tried to accomplish. But there were still problems that were happening in our own community and the wider country. It’s great that people now feel like they need to turn out. They are energized and activated. But in some ways it’s unfortunate that it took [Donald Trump’s election] for some people to feel like, Oh, we gotta go out and do something. Because if the election had gone a different way, we still should have been out on the street, advocating for change.

FC: Let It Fall is your first documentary. Why did you decide to approach the Rodney King riots as nonfiction?

JR: Eleven years ago, Spike Lee called me up and said, “I want to do a story on the L.A. riots. You want to write it?” He set me loose, and I wrote a script about the Rodney King beating and verdict itself. I tried to bring in a variety of perspectives and individuals from across Los Angeles. It was not a typical heroic narrative. It was about systems failing, and good regular people from all different backgrounds either rising or sinking below the moment. The studio was happy with the script, but they could not land on a price [and never moved forward].

This April is the 25th anniversary of the uprisings. When ABC News learned that I had been working on [the topic], they asked if I’d be interested in presenting it as a documentary. The more I’d learned about the uprisings, the less I wanted to fictionalize them. The ABC News division, which produces documentaries, had the capacity to follow the backstory over a decade, to hew more closely to reality, to be more observant. Now we have [interviews with] people who felt the only expression they had left was to pour into the streets.

FC: In the past, you’ve been very critical of rioting in response to police violence, faulting what you call “Blacktivists” for inciting uprisings. Have your views changed, given your exploration of the L.A. riots in Let It Fall and the recent emergence of Black Lives Matter?

JR: Black Lives Matter, to me, is very thoughtful, very reasoned. It is not a single, emotive reaction to one moment. It’s a sustained movement of individuals who are looking for long-term change. I don’t have a problem when people are upset and fed up and go out in the streets and protest. I have a problem when it’s our neighbors who are hurt in our rage. I have a problem when it’s this person over here—who may look like that person I’m upset about but has nothing to do with it—who is hurt in our rage. Among the takeaways of Let It Fall is that of the more than 50 deaths following the L.A. uprising, the majority of them were black.

FC: Is it exhausting to be the writer, showrunner, creator, and director for simultaneous shows—especially when you’re grappling with issues of race and socioeconomic disparity?

JR: Very much so. This is rare for anybody. But it’s definitely rare for people of color—and I don’t know when it’s going to end. [So] you can get tired, but you can never be tired. You can be emotionally bereft, but you cannot give up. I don’t think that we can minimize the value of what happens when we normalize, through entertainment, other cultures and orientations. You look at the way people have responded in the last year to bias toward transgender individuals. You know, five years ago, three years ago, that would not have happened.

FC: You got your start in comedy. What did you learn from it?

JR: I was doing stand-up [in the early ’90s] around the time of [the rise of] Chris Rock and Dave Chappelle, and those guys are fearless. I was good—I wasn’t great. What armed me more than anything was getting to a place of thinking, I’m not worried about how people are going to respond. [Today], people may love [my work], they may hate it, they may think whoever is behind it is incompetent. But you develop a self-confidence being in front of a thousand people and knowing that you can get to where you’re going.

Big Break: Wrote the novel Stray Dogs, which Oliver Stone turned into the 1997 film U Turn, starring Sean Penn and written by Ridley

Graphic Novels: Created the 2007 DC comic book The American Way, featuring an African-American hero in an alternate America of the 1960s; Ridley’s second volume, set in the 1970s, comes out this summer.

Key To Longevity: “I’ve been able to do the things that I do for more than 20 years because my work is individualized and unique in its aspirations. That’s what keeps bringing people back.” 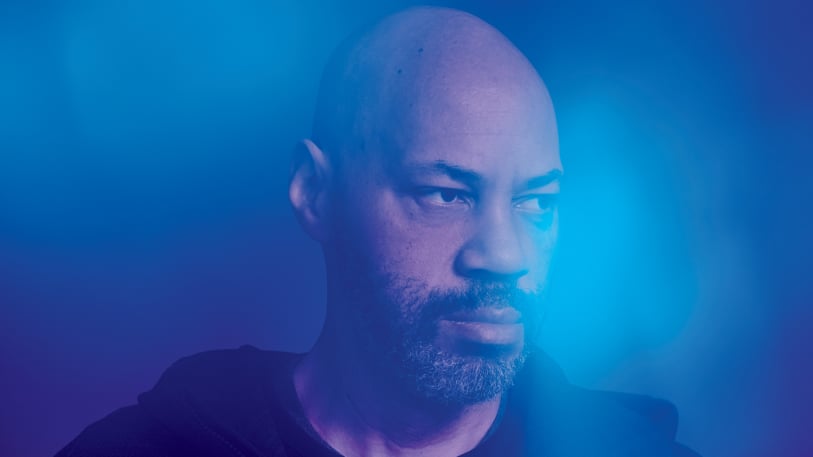