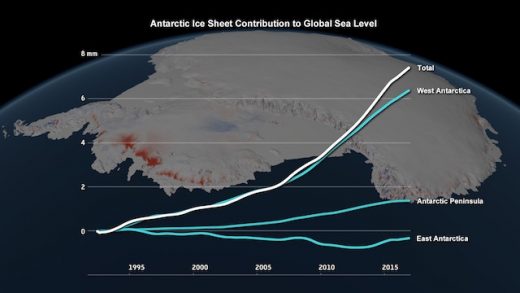 Antarctica is losing ice at an increasingly rapid rate 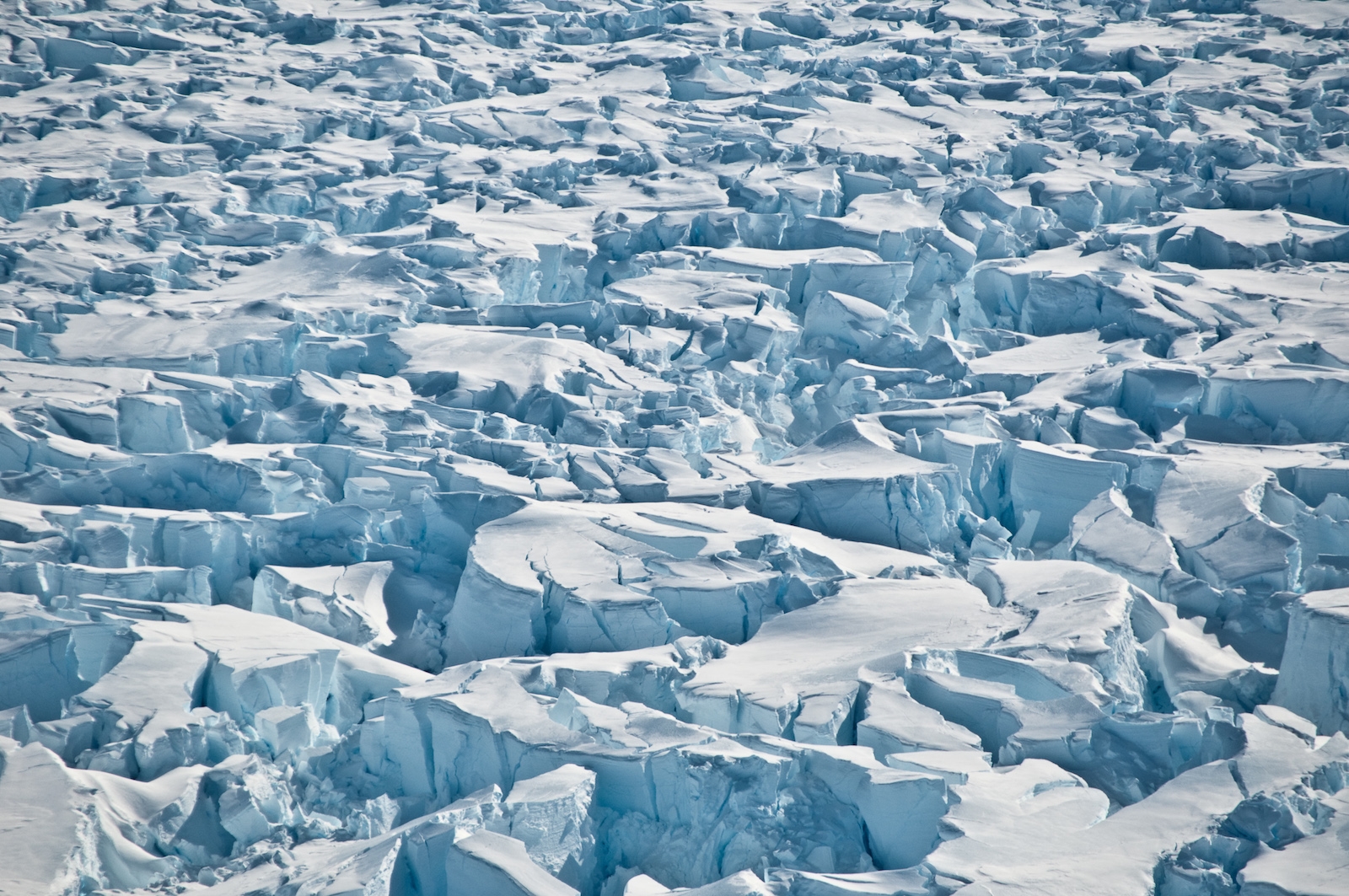 Antarctica is losing ice at an increasingly rapid rate, according to a new study published today in Nature. More than 80 researchers from 42 international organizations presented findings that show between 2012 and 2017, Antarctica’s ice sheet lost 219 billion tons of ice per year — triple the rate prior to 2012. Between 1992 and 2017, ice losses in the region contributed to a global sea level rise of 7.6 millimeters, with forty percent of that rise occurring in the last five years alone.

The global research team analyzed 24 satellite-based estimates of Antarctic ice sheet mass to calculate these rates. “We took all the estimates across all the different techniques, and we got this consensus,” Isabella Velicogna, a professor at the University of California, Irvine and an author of the study, told the Washington Post. “According to our analysis, there has been a steep increase in ice losses from Antarctica during the past decade, and the continent is causing sea levels to rise faster today than at any time in the past 25 years,” Andrew Shephard, lead author of the study and a professor at the University of Leeds, said in a statement.

The changes are largely driven by ice melt in West Antarctica, where warm ocean water can get underneath glaciers, destabilizing them. You can see ice loss in that area over time in the video above. Observations of East Antarctica depict a more stable region, but data from the area are less clear. And because of the massive amount of ice on the eastern side of Antarctica, we shouldn’t take for granted that it’s protected from the ice loss being experienced on the other side of the continent. Just one East Antarctic glacier, an enormous mass dubbed Totten, could cause a sea-level rise equal to what could be triggered by the entirety of the West Antarctic sheet, the Washington Post notes.

This study will help researchers measure the impacts of climate change and predict future rates of ice loss. “Data from these missions will help scientists connect the environmental drivers of change with the mechanisms of ice loss to improve our projections of sea level rise in the coming decades,” NASA’s Tom Wagner said in a statement. 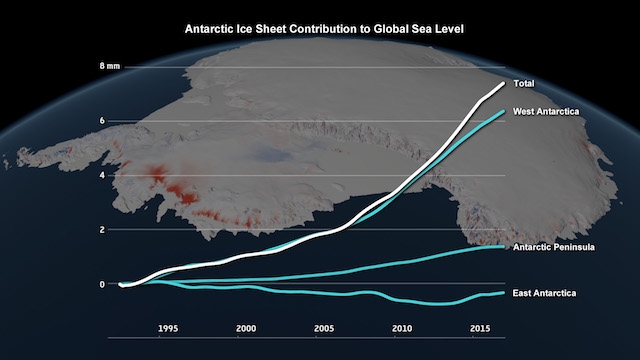 While we can’t be sure that ice loss rates will continue to climb in this manner, researchers are concerned that the trend will remain upward. “I don’t know if it’s going to keep exactly tripling, but I think it has a lot of potential to keep significantly increasing,” said Velicogna. University of Washington researcher Knut Christianson, who wasn’t involved with the study, says we’re likely to see “periods of stability interspersed with rapid retreat.”

Regardless of the exact rate, these findings emphasize the importance of efforts to combat climate change. “This has to be a concern for the governments we trust to protect our coastal cities and communities,” said Shephard.