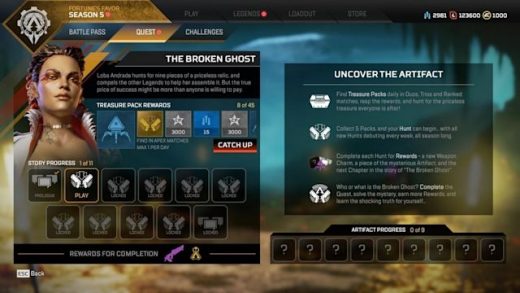 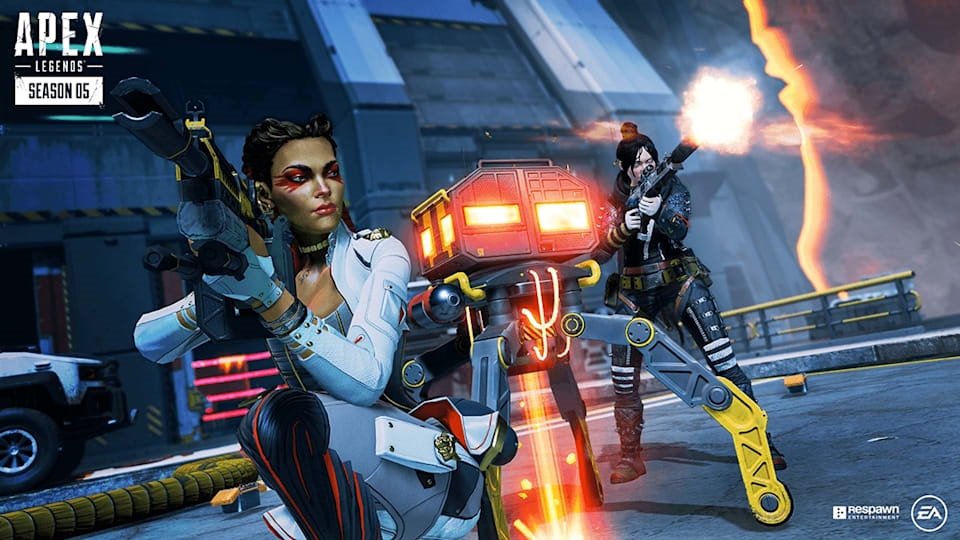 Like every other free-to-play battle royale game out there, Apex Legends is constantly refreshing the game with new content and modes. Season five “Fortune’s Favor” kicks off next week, and along with the newly-revealed character Loba, Respawn is also adding a PvE mode where players can join weekly hunts either solo or as part of a squad.

You’ll drop into the Kings Canyon map at night with a target location you’re trying to reach before hustling to catch a ride out, all the while fighting off the AI-controlled prowlers that were seen in the recent Bloodhound’s Trials event. The first of nine hunts will be unlocked on May 19th, with the next eight unlocking every week afterward.

It’s also mixing things up with Treasure Packs, a kind of in-game lootbox that players can find once a day. It doesn’t enter your inventory, instead it unlocks items after the match.

They also might one of the nine artifact pieces players can try to find to complete the first quest event for Apex Legends. Dubbed The Broken Ghost, it’s part of a story that will be told over the course of the season about some kind of secret relic that every character in the Outlands is hunting for.

With new shooters like Valorant and Crucible joining the fray, staying relevant will only become more challenging. Adding a new lore to investigate along with PvE modes that might be easier to beat than dozens of other players — sometimes you need a break from fighting off a dozen TTV Revenants — can make it accessible to a larger audience.

Learn more about the Quests and the hunt for the Broken Ghosts coming in Season 5 – Fortune’s Favor. https://t.co/WsAEN9TDsU pic.twitter.com/7aWfShPDgh 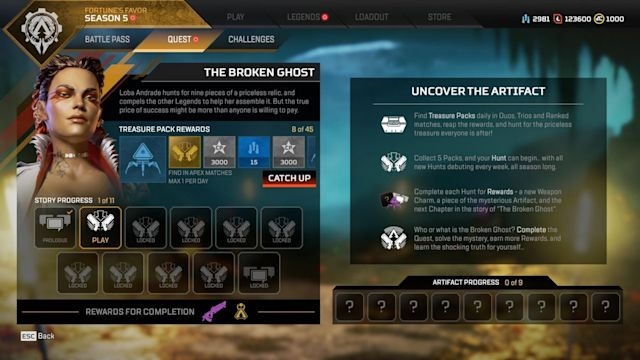