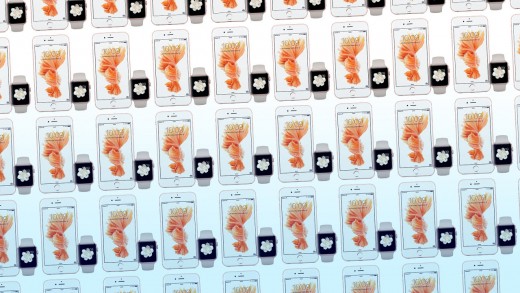 Apple Is A Great Copycat: Did They Improve Anything?

Apple events are known as much for innovation as they are for copycatting. At (September 14, 2015)’s event, things looked awfully familiar.

It used to be that Apple was, without a doubt, considered the king of innovation. Steve Jobs delivered products that changed our lives. Think: iMac. Think: iPhone. Think Different–-you get the gist.

Apple events nowadays, however, are known as much for innovation as they are for copycatting. And (September 14, 2015)’s annual September iPhone event included several products that—while they may still be on my Christmas list—look awfully familiar.

It could be argued, of course, that Apple can only iterate on their own devices so much each year. And as Jobs biographer Rick Tetzeli pointed out, it took a quarter century to move from the personal computer to the mobile computer, and it could take just as long before we see the next major breakthrough. This shifts the debate from being about whether or not Apple ought to be copying the hard work of others (and to be fair, plenty of companies have copied from Apple over the years) to a more salient question: Whose product does it best?

The name alone caused a flurry of Twitter outrage among the techno-savvy hipster artist elite. Apple outright lifted the “Pencil” name from, well, a real pencil—but that wasn’t the issue. There’s an existing stylus with that same name, FiftyThree’s much-praised Pencil.

Apple’s Pencil, judging from the demos during the keynote, is impressive. There’s a virtually undetectable latency–-the time between when you begin pressing the Pencil to the screen and the time the iPad knows you’re doing this. But besides this latency improvement, Apple’s Pencil itself doesn’t actually offer any noticeable drawing features that FiftyThree’s Pencil doesn’t. Both detect varying degrees of pressure to create thick or thin lines, both allow you to draw with the point of the tip or with the tip at an angle.

Apple’s hardware design does, however, seem to have some improved benefits when it comes to power. Apple’s Pencil plugs into a Lightning port for charging. FiftyThree’s Pencil requires you to take the battery out and plug it into a USB port. Also, it’s impressive that you can charge Apple’s Pencil for only 15 seconds and get 30 minutes’ worth of use from it. Then again, Apple’s Pencil only lasts for 12 hours per charge, while FiftyThree’s Pencil lasts for up to 90 days–-that’s handy if you’re sitting in a field sketching sunflowers for days at a time. Also in FiftyThree’s court: Its Pencil has an eraser at the other end. Apple’s Pencil? Nope.

As far as cosmetic design, Apple’s Pencil is what you would expect: a cold-looking sliver of white plastic (Steve Jobs might use it to impale himself if he saw it). FiftyThree’s Pencil, on the other hand, while trying a bit too hard to appeal to the Brooklyn hipster, at least offers a few varieties such as a nice black, brushed aluminum to give you more style options.

Winner: Close call, but FiftyThree did it first and offers a better design–-and that eraser.

Apple’s got a bold tagline on the page announcing their new Smart Keyboard page: “The only thing we didn’t reinvent was the alphabet.”

Eh, that’s not exactly true. I mean they didn’t reinvent the other fabric covered tablet keyboards that came before this one. Microsoft’s Surface Pro Type Cover is the most obvious example. That keyboard cover has been around for years and works exceptionally well as both a keyboard and a cover for a tablet. That’s not to say Apple’s new Smart Keyboard for the iPad Pro won’t work just as well, it’s just not super innovative (though it is welcome to finally have an Apple-sanctioned keyboard cover).

Winner: The Microsoft Surface Pro Type Cover. Apple, talk to us when you add some kind of trackpad so we can slide the text cursor around the screen inside word processing apps.

Look, I’m a HUGE fan of the Apple TV. Matter of fact, after my iPhone it’s probably the most-used Apple device I own. I’m immensely excited about the new Apple TV, its games, and its new remote that includes voice control. But I’ve seen most of its features in other products before.

The new Apple TV remote–-officially called the Siri remote-–features a glass touch surface across the top with physical buttons below it. Apple does deserve props for the glass touch surface, that is truly innovative on a television remote. However, two other big features of the Siri Remote–-Siri voice control and its use as a gesture-based game controller—are something we’ve seen before.

As a game controller, the Apple TV has clearly borrowed from almost every other digital media player as well as games consoles, including the Roku and Wii. It’s still cool, just not original.

Winner: The new Apple TV and its Siri Remote beats what came before it. The fact Siri can handle more advanced commands other than simple movie search queries, such as fast-forward and check the weather, makes Apple the innovator in this department.

Apple managed to keep one small iPhone feature from getting leaked: the introduction of Live Photos on the iPhone 6s. Live Photos are pictures that automatically record a few seconds on each side of the still frame. When viewing the picture on your iPhone 6s it looks like a still image until you force-touch it. Then it comes to life.

Sure, this is a pointless eye-candy feature—but it’s one that I think offers surprise and delight. Of course, that’s not to say Apple has innovated here. I mean, wizards have had this technology for a long time. And seriously, CompuServe beat Apple to the animated GIF by about, oh, 38 years.

Winner: I’m going to say GIFs, because some can keep me laughing for hours. Then again, GIFs generally are low-res and don’t look anything close to as beautiful as the Live Photos the iPhone 6s allows you to take.

Apple began its iPhone event by showing off the latest iteration of the most expensive iPhone accessory ever: the Apple Watch. Though it didn’t unveil the Apple Watch 2 (that’s likely for 2016) it did unveil some pretty cool new anodized aluminum color options: gold and rose gold.

The Apple Watch is no doubt a computing marvel and it deserves its praise-–but I mean really, is it better than a regular watch? Take Storm watches, for example: They’re beautiful, come in a wide array of colors and materials, and have more band options than you could ever need–-and they, you know, tell the time exceptionally well while featuring a battery that lasts for years.

The Apple Watch is a great, tiny computer, but as far as a timekeeping piece? I like my watches to keep on ticking without needing to be recharged every 18 hours.

Related: The History of Apple in Under 3 Minutes

Michael Grothaus is a novelist, journalist, and former screenwriter represented worldwide by The Hanbury Literary Agency. His debut novel EPIPHANY JONES will be published by Orenda in 2016.

‘Apple Anything Copycat Great Improve they 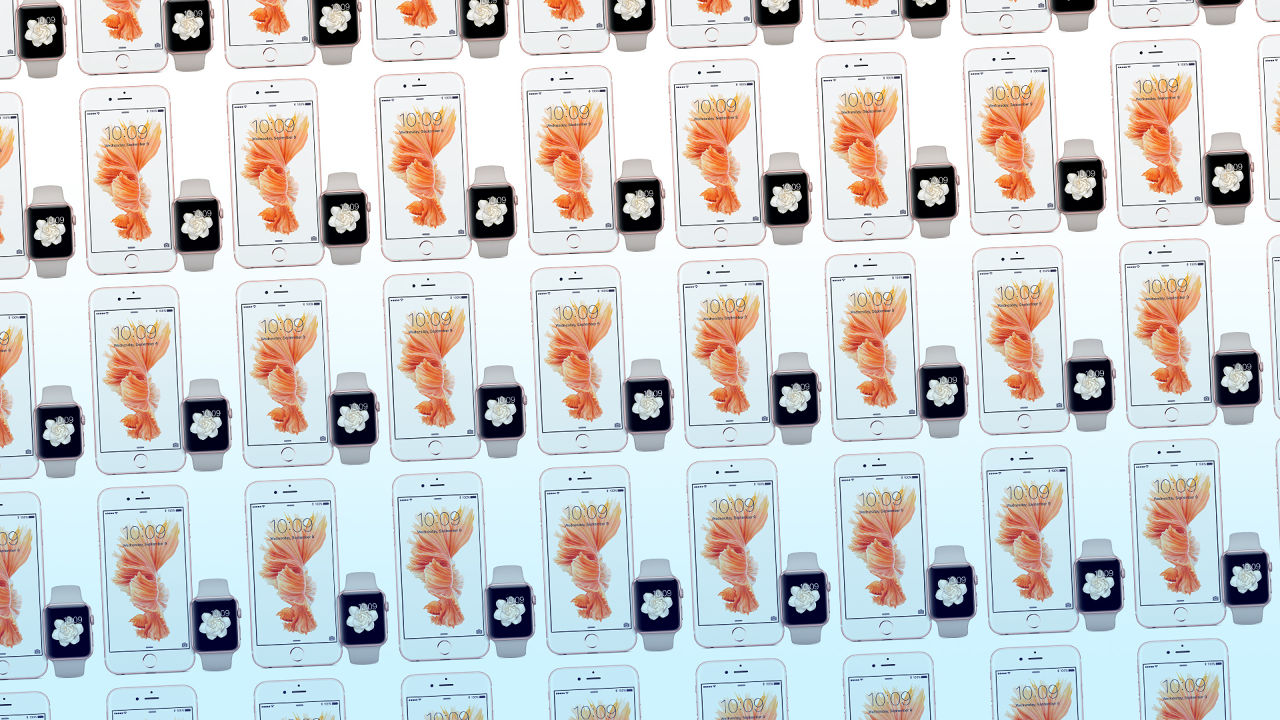