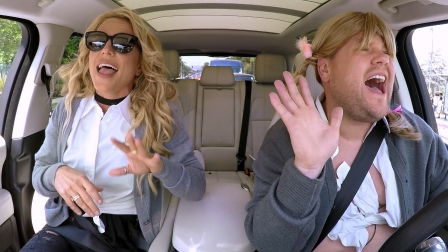 We still don’t know exactly when Apple Music’s version of a popular Late Late Show segment will debut, but we do know some of the singers who will appear on it. During the first batch of 16 half-hour episodes of “Carpool Karaoke,” Alicia Keys, Ariana Grande, Blake Shelton, John Legend, Metallica and Will Smith will all take a ride with rotating hosts. That’s right, different people will be behind the wheel during the course of the first “season.”

There still aren’t a ton of details right now, but Variety reports that Alicia Keys and John Legend are paired together. Comedian Billy Eichner hosts the Metallica episode, Seth McFarlane rides along with Ariana Grande and Chelsea Handler hits the road with Blake Shelton. Late Late Show host James Corden will only drive in the episode with Will Smith. There’s an interview component to the Apple Music version, so each installment will have a slightly different format than the sketch you’ve likely heard about.

While Apple Music has exclusive rights to the series, “Carpool Karaoke” will still be a regular segment on Corden’s TV show. This will also be the first series on the streaming service that’s ramped up its video lineup over the last few months. As we get closer to the premiere date, we’ll likely hear more about the guess list for those first 16 episodes.