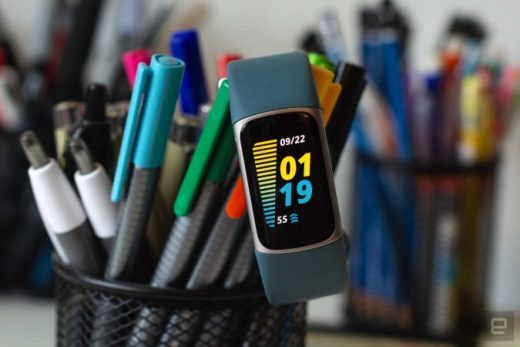 Apple’s AirPods Pro drop to $175, plus the rest of the week’s best tech deals

Apple’s AirPods Pro drop to $175, plus the rest of the week’s best tech deals

These are the best sales and discounts you can get for Presidents’ Day weekend.

V. Palladino
@valentinalucia
February 18th, 2022
All products recommended by Engadget are selected by our editorial team, independent of our parent company. Some of our stories include affiliate links. If you buy something through one of these links, we may earn an affiliate commission.

A number of new tech deals have popped up across the web ahead of the Presidents’ Day holiday. Apple’s iPad mini with extra storage is $50 off and down to a record low, while the AirPods Pro are on sale for $175. Both the 40mm and 45mm cellular Samsung Galaxy Watch 4s remain $80 off, plus you still have time to pre-order and save on the Galaxy S22 smartphones, which officially come out on February 25th. Here are the best tech deals from this week that you can still get today.

The AirPods Pro are down to $175 right now, or 30 percent off their normal price. We gave them a score of 87 for their solid sound quality, strong ANC and more comfortable fit.

The 256GB iPad mini is $50 off and on sale for $599. We gave the small tablet a score of 89 for its revamped design, solid performance, Center Stage cameras and good battery life.

Both Samsung and Amazon will knock up to $100 off Galaxy S22 smartphones when you pre-order them. This discount applies only to the higher-storage variants, so you can essentially get extra onboard space at no additional cost.

The Stream Deck MK.2 is $10 off right now and down to $140. For a gadget that rarely goes on sale, this is a good discount and one that shouldn’t be overlooked if you’ve had your eye on the controller for a while. It has 15 programmable hotkeys that let you easily do things like control audio and video feeds, launch apps, post to social media and more while you’re streaming.

8BitDo’s Pro 2 controller is 10 percent off at Amazon when you clip the on-page coupon, bringing the final price down to $45. That’s the best price we’ve seen on the controller, which is leaps and bounds more comfortable to use than Joy-Cons if you’re a Nintendo Switch fan. We like its ergonomic design, customization options and its compatibility with a bunch of platforms including PC, MacOS and Raspberry Pi.

Samsung’s cellular Galaxy Watch 4 models are on sale for record-low prices right now. The 40mm model is down to $220 while the 44mm version is down to $250. We consider the Galaxy Watch 4 to be the best Android smartwatch you can get and it earned a score of 85 for its bright screen, comprehensive health tracking and new Wear OS features, like downloading apps directly from the Play Store.

Samsung’s T7 portable SSD in 1TB is down to a record low of $110, or 35 percent off its usual rate. It’s one of our preferred drives if you need something compact, speedy and compatible with a bunch of devices. We also like its aluminum unibody and its Dynamic Thermal Guard that helps control heat levels.

Samsung’s 980 Pro internal drive in 2TB is 35 percent off and down to $280 — a great price for a powerful SSD that works with the PS5 (provided you have a heatsink). It has read speeds up to 7,000 MB/s, advanced thermal controls and works with Samsung’s Magician Software, which lets you check its health and optimize settings as you’d like.

Google’s Nest Thermostat is down to $99 right now, and the device with a trim kit will set you back $114. This version has a mirrored display and a touch-sensitive edge, and it can be controlled with the Google Home app. It also has features like Savings Finder, which suggests ways you can tweak your home system to conserve energy.

Prime members can get $20 off the Nintendo Switch at Woot right now. While the discount isn’t on the OLED model, it’s a good sale on a console that rarely sees sales like this. Just make sure to check out Woot’s return policy before buying.

Blink home security cameras are up to 30 percent off, meaning you can get a one-camera Blink Outdoor kit for $70. In addition to being weatherproof, these cams are wireless and support 1080p video, night vision two-way audio and motion alerts. The wired Blink Mini is also on sale and down to only $25.

Fitbit’s Charge 5 is on sale for a record low of $120 right now. We gave the fitness tracker a score of 82 for its large, full-color display, built-in GPS, standard Fitbit Pay and long battery life. The Fitbit Sense smartwatch is also on sale for $100 less than usual, bringing the price down to $200.

Best Buy’s President’s Day sale is in full effect, and you can find things like TVs, smart displays, laptops and more on sale. Some of the highlights include the Beats Studio Buds for $120, Google’s Nest Hub for $65 and up to 40 percent off Corsair gaming accessories.

Apple’s magnetic battery pack for iPhones is down to $88, which is 11 percent off its normal price. We have seen it cheaper in the past, but this is the best price we’ve seen since December. The accessory attaches magnetically to the back of the latest iPhones and provides up to 15W of wireless charging.

Woot knocked 34 percent off LG’s 65-inch C1 OLED smart TV, bringing it down to $1,650. You’re getting the deepest blacks and high contrast that are signature of OLED sets, plus LG’s a9 Gen 4 AI processor 4K, Game Optimizer with Auto Low-Latency Mode and HGiG, and the Google Assistant and Amazon Alexa built in. Just make sure to check Woot’s return policy before buying.

GameStop has two Star Wars wireless charging pads that are up to 50 percent off right now. If you or someone you love is a super fan, either the Millennium Falcon or The Mandalorian accessories will spice up their charging setup.

It’s not on sale, but Dyson’s AirWrap Complete in Nickel/Fuchia is available to order once again after being out of stock for along time. The high-tech hair gadget has become quite popular since its launch in 2018 for its versatility. Depending the attachment you choose, the device can curl, straighten or dry hair. It also uses continuously flowing air around the barrel that guides your hair around it, so you don’t have to put your fingers near the hottest parts of the gadget.

The on-demand fitness service Alo Moves has an offer few new members that knocks 50 percent off the price of a one-year membership, bringing it down to $99. The platform has dozens of yoga, pilates, barre and strength training classes, along with guided meditations and series that help you master specific skills over the course of longer periods of time.

NordVPN’s latest sale knocks the price of a two-year subscription down to just under $96, plus you’ll get a free gift on top of it. The prize isn’t anything physical, but rather additional subscription time on top of the two-year plan you paid for. Prizes are chosen at random, but after you make your purchase, you’ll get either an extra month, and extra year or an extra two years added on to your subscription. 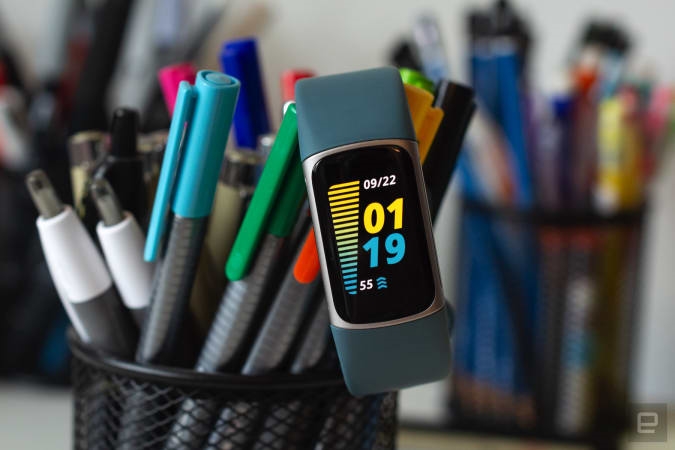