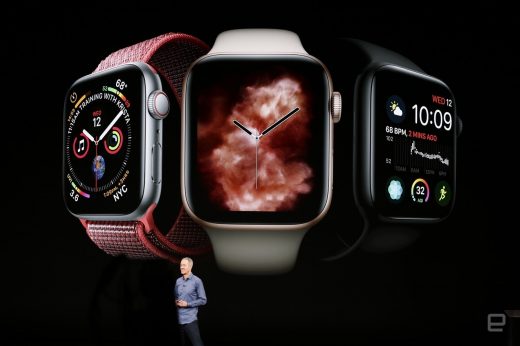 Apple’s latest pitch: This gadget will save your life 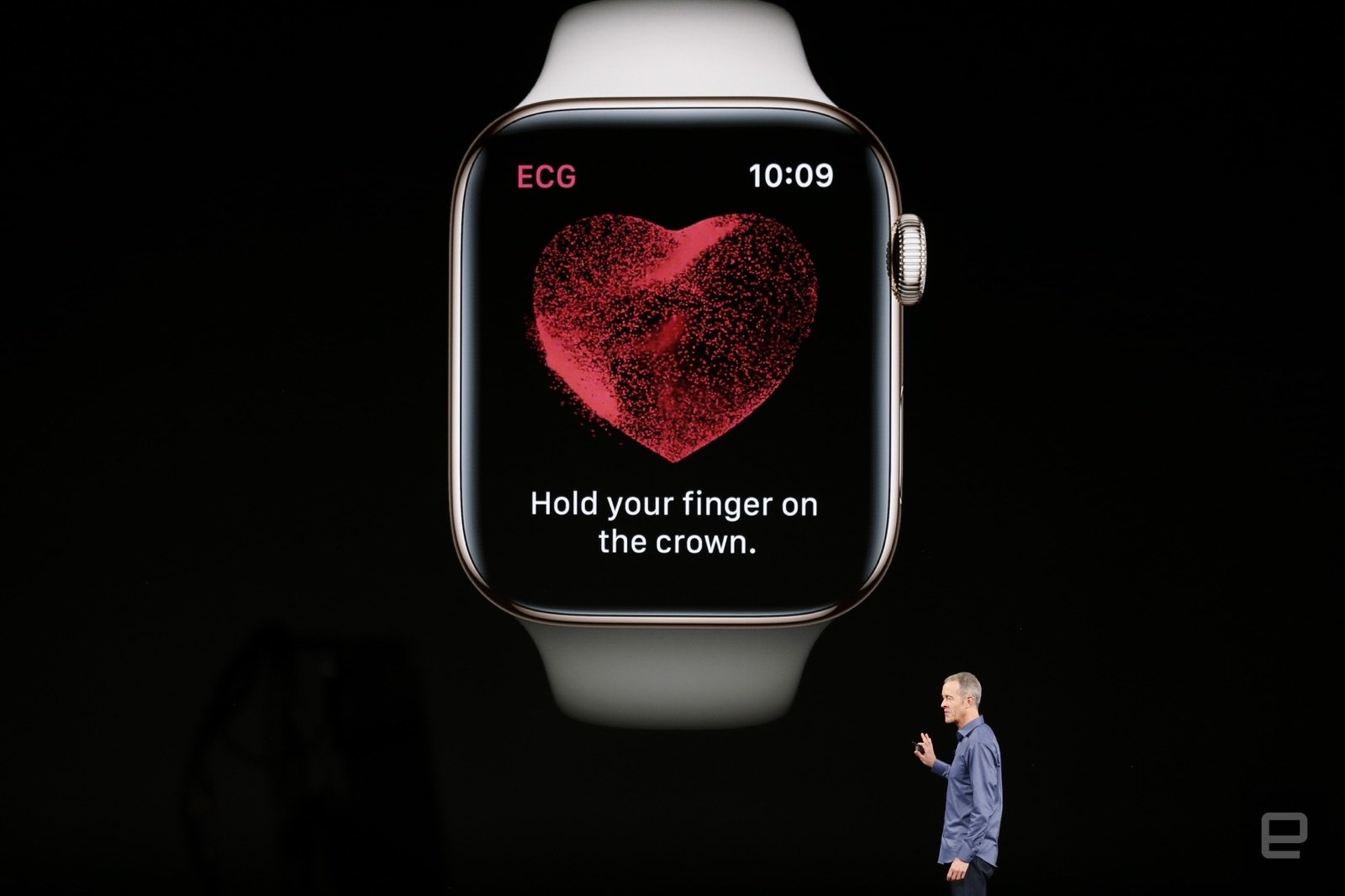 The most interesting device Apple announced today wasn’t an iPhone; it was the Apple Watch Series 4. On top of some significant design upgrades — like that drool-worthy edge-to-edge screen — it’s also breaking new ground with its built-in electrocardiogram (ECG). It’s the first over-the-counter, consumer-grade device to include that feature, which allows the Apple Watch to detect potentially deadly heart issues like atrial fibrillation. Now the Apple Watch is not only something that can make your life better but also a device that can literally save your life. How can you say no to that?

Apple gave us a hint of where the Watch was headed last year when it announced new heart-tracking features and a Stanford-led study to detect atrial fibrillation. But while they were intriguing, they weren’t as potentially life-saving as the world’s first consumer ECG device. With that feature alone, Apple has made its latest Watch essential, something practically unheard of in the wearable world. If you own an iPhone, your well-being is easily worth a $399 smartwatch (or $499 if you want cellular connectivity). Good luck beating that, Fitbit and Samsung.

Of course, it’s only a matter of time until competitors bundle in ECGs of their own, but Apple will always have bragging rights — not to mention a dedicated user base — for doing so first. At this point, it makes sense for wearables to take more cues from sophisticated medical devices than to try to replicate the things we normally do on smartphones. We’re also taking Apple at its word so far, since it remains to be seen how well its heart monitoring actually works. (It also would have been nice to see some battery-life upgrades to go alongside such an important new feature.)

Follow all the latest news from Apple’s 2018 iPhone event here! 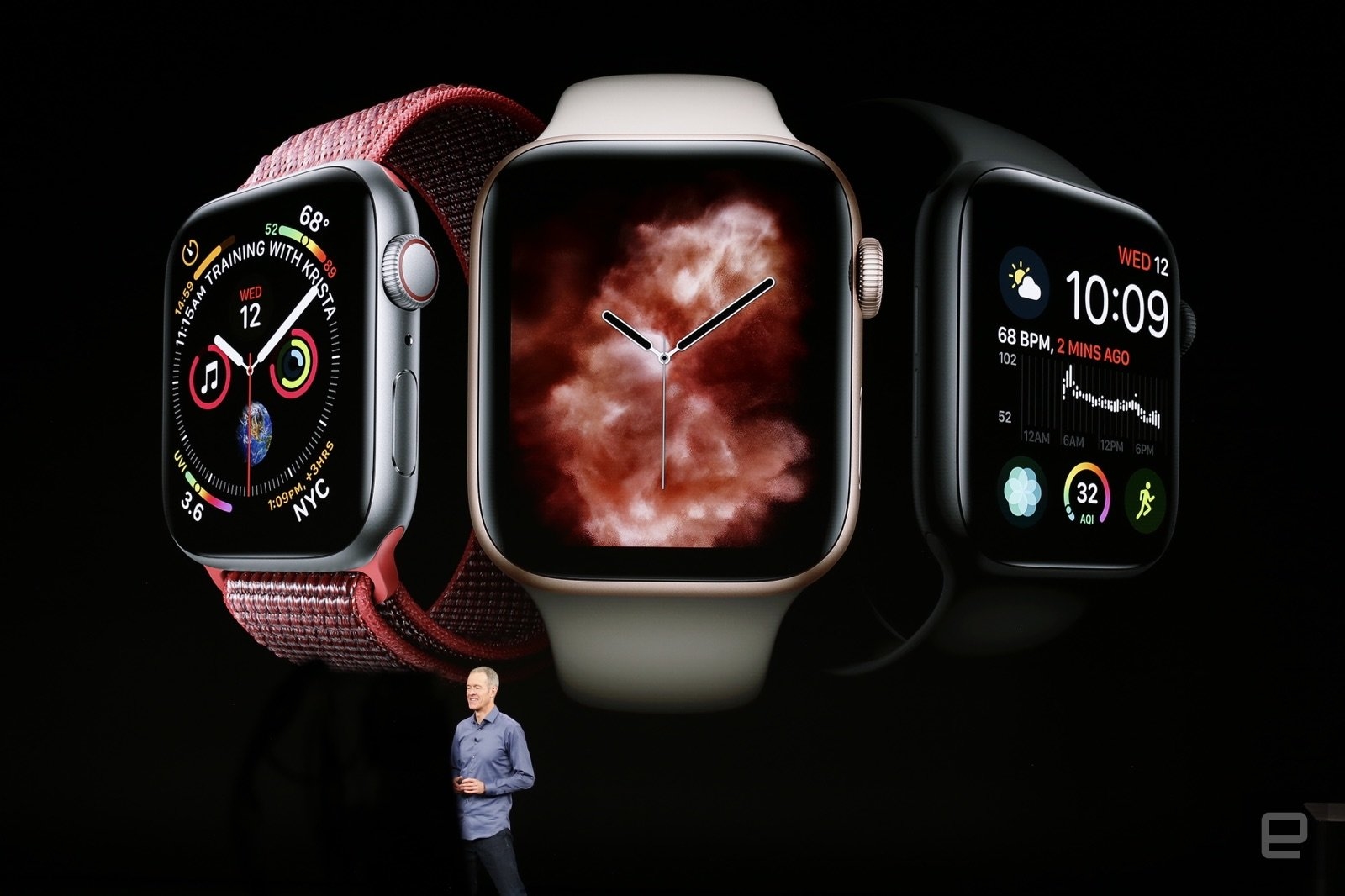 As much as I love diving into geeky specs, most of our devices are fast enough these days. (That’s one reason I won’t be upgrading to the iPhone Xs from my iPhone X, even though the new A12 processor sounds like a beast.) What matters more is what our gadgets can actually do for us. And in the case of the Watch Series 4, it happens to be something no other smartwatch can. On top of the ECG functionality, the Watch can also send you notifications of potential heart issues and store a record of your heart readings to show your doctor. And let’s not overlook its ability to detect falls, something older users (and their families) will genuinely appreciate.

“Capturing meaningful data about a person’s heart in real time is changing the way we practice medicine,” said Ivor Benjamin, president of the American Heart Association, onstage at Apple’s event. “In my experience, people often report symptoms that are absent during their medical visits. That’s why information is vital — information about a person’s daily lifestyle choices and their specific health data. The ability to access health data from an on-demand ECG is game changing, especially when evaluating atrial fibrillation, an irregular and often rapid heart rate that can increase a person’s risk of stroke, heart failure and other health-related complications.”