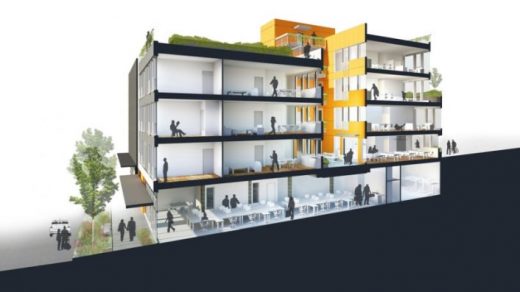 Are Dorms For Adults The Solution To The Loneliness Epidemic?

More Americans are single than ever before, and more are living alone. That fact is one of the reasons we’re also starting to die earlier: one study found that living alone increases mortality risk 32%. Vivek Murthy, the former U.S. surgeon general, has called isolation the most common health issue in the country.

Architect Grace Kim thinks that a solution may be differently designed housing. “Loneliness can be the result of our built environment,” she told an audience at TED 2017.

Even couples or families, she said, can be socially isolated in the typical house, and barely know neighbors (social isolation, as opposed to living alone, increases mortality risk 29%). In an apartment building, residents might be more likely to stare at their phones in the elevator than start a conversation. Kim, by contrast, lives and works in a cohousing community she designed in Seattle, where families or individuals each have their own homes, but the space was designed for interaction.

From the outside, the community looks like any other small apartment building, and the nine apartments inside have individual living rooms, bedrooms, kitchens, and baths. But the design, modeled on Danish cohousing communities that began to grow 50 years ago, has a central common house and courtyard.

In the common house, everyone dines together three times a week, taking turns cooking for each other. Kim only cooks once every six weeks; two other times, she helps with prep and cleanup. “All those other nights, I just show up,” she says. “I have dinner, talk with my neighbors.”

Some cohousing communities take forms beyond what Kim shared in her presentation. Common, launched by one of the cofounders of General Assembly, provides private furnished bedrooms and weekly cleaning. Others combine co-living with coworking. In the Bay Area, where high rents have given people another incentive to live together, startups like OpenDoor have repurposed old mansions into shared housing. These experiments haven’t always worked–Campus, a startup that had dozens of locations, folded in 2015. But in general, cohousing is becoming more common.

Kim thinks that’s critical. “When I said earlier that cohousing is an antidote to isolation, what I should have said is that cohousing can save your life,” she says. 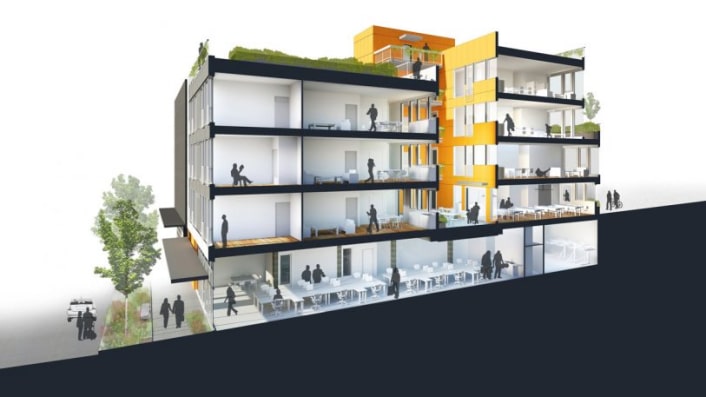