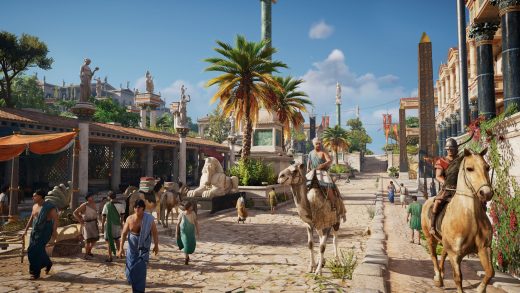 Assassin’s Creed Origins is out now on Xbox One, PS4, and PC, and the gates to Ancient Egypt have been thrown open for anyone itching to start exploring. Whether you’re a series newcomer or returning fan, however, there’s a lot of new stuff to take in, as well as a lot of ways to take advantage of the new systems that aren’t immediately apparent. After sinking hours into the game, we’ve put together a short list of tips to give players the upper hand as they’re learning to survive in Bayek’s massive adventure.

Use the Animus Pulse early and often

One of your new abilities in Assassin’s Creed Origins is the Animus Pulse, activated by holding up on the d-pad. This instantly marks any nearby lootable items, which makes it invaluable for finding treasures in enemy strongholds, and little loot caches everywhere else. It’s at peak usefulness, however, when you’re delving into cluttered tombs where loot sometimes hides behind seemingly worthless, breakable objects. Use it frequently, and you won’t have to worry about overlooking something cool.

One of Assassin’s Creed Origins’ more useful additions is the ability to set your mount to autopilot, telling it to follow the road or take you straight to an objective you mark on the map. This isn’t an opportunity to slack off, though – while Bayek automatically continues to his destination, you can switch over to Senu, his eagle, and scan the surrounding terrain for threats, animals to hunt, and other opportunities for adventure.

Seeing how much health your opponents have left is nothing new, but if you’re aiming a bow or sneaking up for a stealth kill, Assassin’s Creed Origins actually gives you a preview of how much damage you’re about to do. This is incredibly useful if you’re trying not to attract attention, because it tells you whether your Hidden Blade stab or arrow to the head will instantly drop an enemy, or just leave them screaming and angry. Want to ensure you get a kill every time? Find or craft better gear. 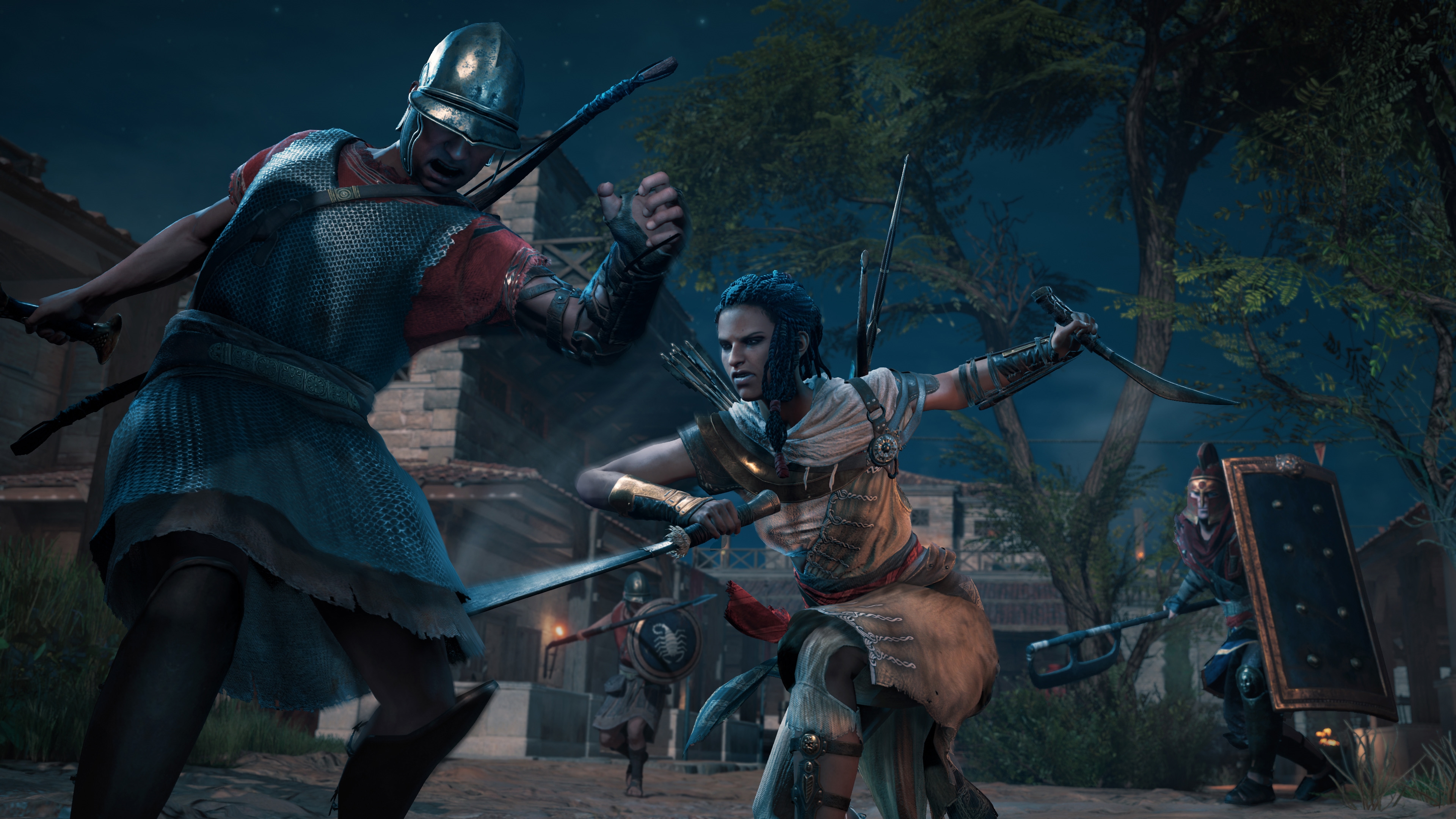 Are you getting repeatedly stomped when you try to storm an enemy fort? Does a mission seem impossibly difficult? You might want to check whether Bayek’s level matches up with the level of the enemy, quest, or region you’re trying to tackle. If you’re not paying attention, you might wander into a place where the enemies hit harder than you can handle, so be on the lookout for the levels clearly displayed above your enemies’ heads. If you see skulls instead of numbers, that’s actually a hieroglyph that translates to “don’t even think about it.”

You don’t always have to fight

On the other hand, being under-leveled doesn’t necessarily put extreme challenges off-limits. Unless your mission specifically calls for the assassination or eradication of your foes, you can usually get through so long as nobody sees you. Relying on pure, no-kill stealth can be tough, but slipping past instant-murder bandits, stealing their stuff, and leaving undetected is a rare thrill. So is reaping the increased XP that comes from clearing high-level activities.

And hey, if you’re confident in your combat abilities, you can still try to tackle high-powered enemies head-on. Just don’t be surprised if a lucky arrow from the sidelines annihilates you halfway through the fight. 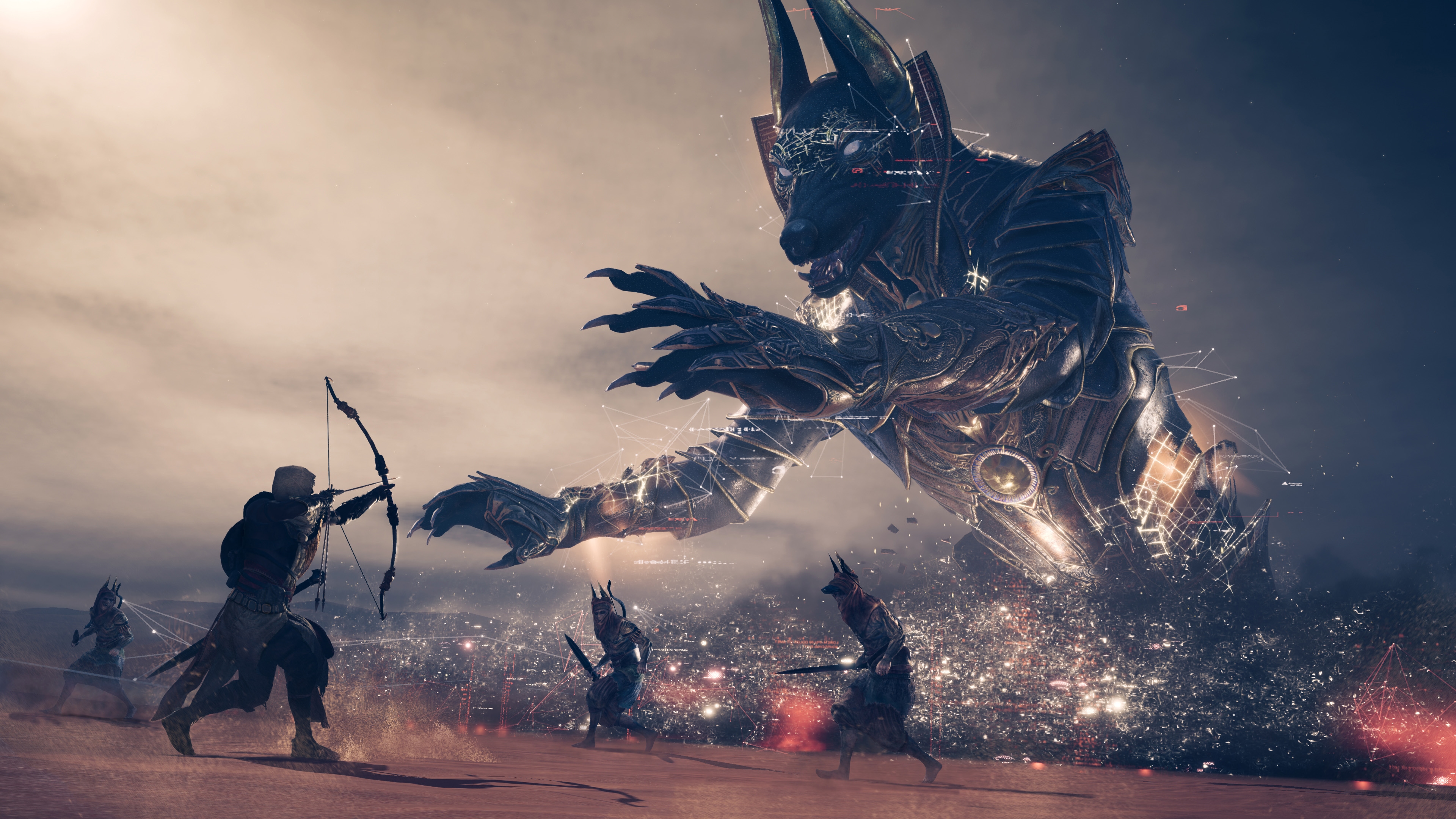 In the past, climbing and synching with Assassin’s Creed’s lofty Viewpoints was an essential step in revealing the map and any nearby activities. In Assassin’s Creed Origins, they’re essential for a different reason: not only are they breathtakingly pretty, but they unlock fast-travel points – and given the size of the map, those can be a huge time-saver. They’ll also reveal potential points of interest as question marks, giving you a marker to head toward if you want to uncover a new place and score a little XP. Speaking of XP…

Invest in XP- and money-boosting abilities early on

Wondering which skills to invest Ability Points in first? As soon as you can reach them, your top priorities should be Headshot XP and Assassination XP (both under the Hunter path), Overpower XP (under Warrior), and Tool Kill XP (Seer). These all cost one Ability Point each, and they impart XP bonuses for doing things you’ll be doing pretty often anyway, helping to rocket you through Bayek’s early level progression. You should unlock the Salesman ability, too, as its 25% boost to the resale value of animal goods and trinkets will go a long way toward keeping your pockets full of drachmas.

Wander off the (critical) path

Assassin’s Creed Origins offers a number of ways to reach your mission objectives in a hurry, but that doesn’t always mean you should. Egypt is vast and filled with secrets, and if you take the time to wander and explore away from the villages and quest markers, you’ll be rewarded with discoveries that range from hunting opportunities and bandit camps to tombs filled with hidden treasures. At the very least, discovering the locations associated with all those question marks on your map will net you some XP – which, again, is a big help early on. 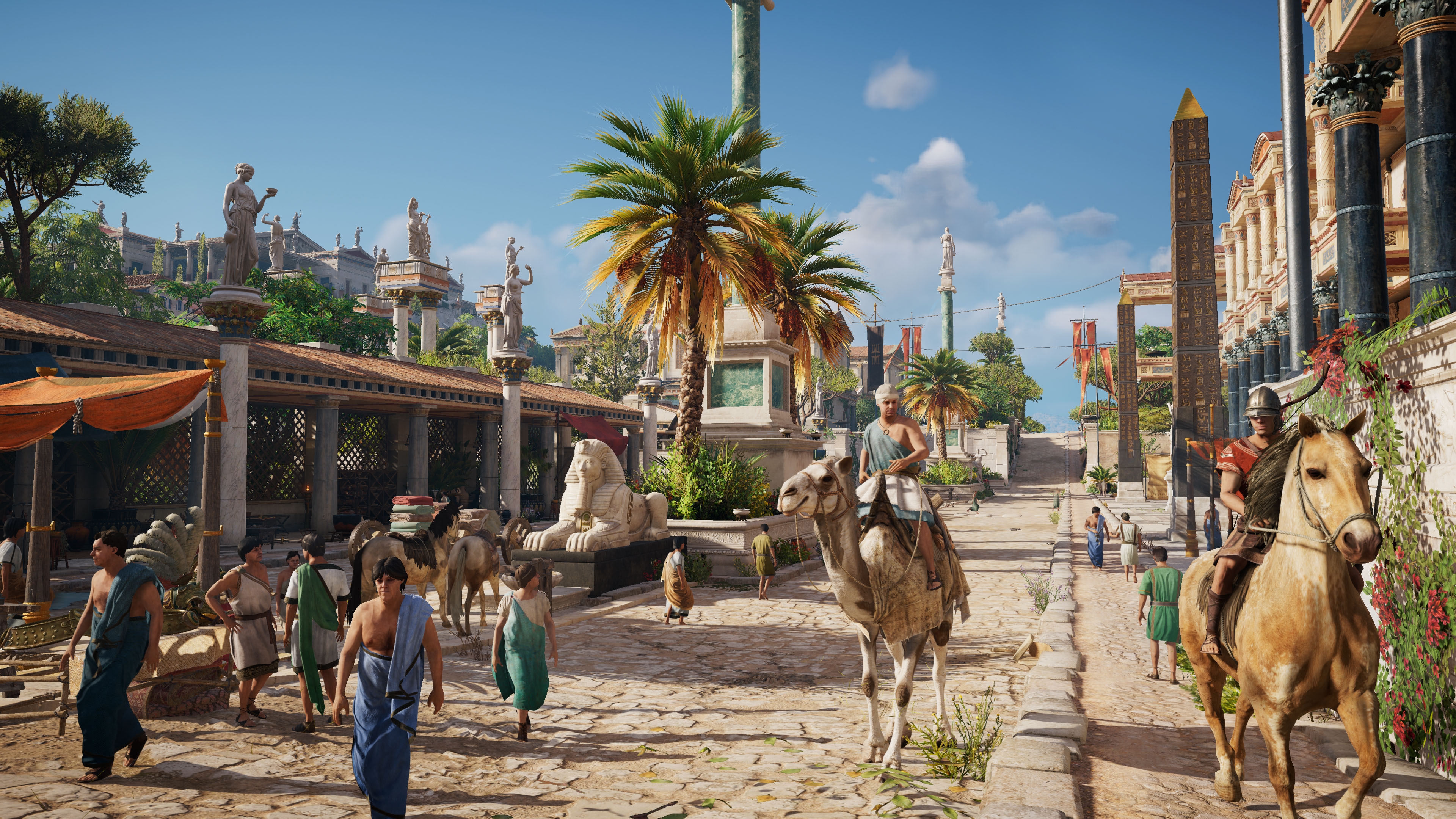 You’ll earn new weapons at a frequent clip in Assassin’s Creed Origins, and anything new you get is likely to be a bit more powerful than your old stuff. Once a piece of gear is obsolete, you’ve got three options : if you’re attached to it, you can upgrade it at a blacksmith’s shop; if not, you can sell it or disassemble it. The latter option yields small amounts of wood, leather, and metal you can use as crafting materials to beef up your breastplate, Hidden Blade, or other permanent gear. Given that said materials are a little scarce and take time to find, this can help you toughen up in a hurry, and save time that would otherwise be spent hunting, scrounging, or shaking down enemy couriers.

Would-be photographers can snap and share breathtaking in-game photos with the robust Photo Mode, which you can activate by clicking both analog sticks at once. This will freeze the action, letting you freely pan, zoom, and rotate your perspective before adding filters and sharing your creation with the world. You’ll also be able to check out other players’ photos, which will selectively appear in your game as tiny map icons where they were taken.