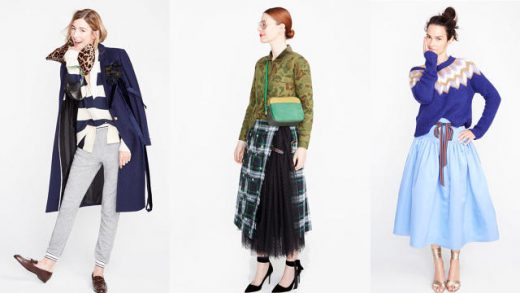 At J.Crew’s New York Fashion Week presentation, which took place (February 13, 2017), the stage was a riot of color and prints: a camo button-up paired with a ballgown skirt, a rugby shirt with a military-inspired overcoat, gold strappy heels peaking out beneath a peasant skirt. A Scottish theme connected the looks, with plenty of kilts, and Fair Isle and tartan prints. But these classic looks were coupled with distinctly modern elements: bright colors, tulles, satins.

Much of this aesthetic was informed by Somsack Sikhoumuong, a J.Crew veteran who was named head women’s designer last year after a stint designing for Madewell. He’s been credited with infusing the flagship label with a much-needed boost of energy after several seasons in which the brand’s classic look veered dangerously close to becoming stale and boring.

Sikhoumuong explains that he continues to be inspired by J.Crew’s archive of patterns that pop up again and again over the years in catalogs: tweeds, Breton lines, English liberty prints. He’s always putting his unique spin on them: In the show, he paired a blue lace shirt with camo pants, and a military jacket over a rugby skirt paired with a tulle ballgown skirt. Frank Muytjens, head menswear designer, has a similar approach to designing archetypal garments—the chino, the leather jacket, the trench coat—with his own unique take. “I love the idea that we are working within a framework that already exists,” Muytjens says. “This is a challenge in the best possible sense. By tweaking a few elements, a trench becomes modern again or a chino in a different color becomes something fresh.”

For the second time, J.Crew cast its entire New York Fashion Week presentation with real people rather than professional models. The 28 men and 34 women who streamed out ranged in age between 9 and 64, and were of all sizes and ethnicities. “The people in our show are not randomly picked out: They are people that inspire us,” explains Sikhoumuong. “These are colleagues, customers, and friends whose personal style we admire and want to celebrate.”

Before the show, J.Crew’s design team presents each individual in the show with several outfit options, then they work together to achieve a look that both parties are happy with. “It’s completely collaborative way to present a collection,” Sikhoumuong says. “We would customize outfits to people’s personalities. It was all about what they felt good wearing.”

But this approach isn’t isolated to the fashion week shows. Sikhoumuong believes that his role as a designer isn’t to dictate trends, but to be in conversation with the people buying his products. This means paying close attention to the customer’s lifestyle, the staples they are looking for to round out their closet, and their creative, unexpected ways of putting looks together. “I meet customers all the time,” he says. “I’m very interesting in learning about the clothes they love and the clothes they feel great in. These are conversations that are happening 24/7.”

In his own research, Muytjens has spotted a pattern among the men who shop at J.Crew. “Our guy loves old stuff,” he says. “He loves the battered leather jacket that he’s had for 20 years or the jeans he’s spent 10 years breaking in. Those are the jewels in his wardrobe that he builds upon.” With this in mind, Muytjens has focused on creating high-quality investment pieces in styles that won’t go out of fashion. In the catalog and in the fashion week show, part of his goal is to convey new ways that these old pieces can come to life, by styling them slightly differently or combining them in new ways.

This is a different approach from other designers, who believe it is their job to inspire customers, not necessarily be inspired by them. Take Marc Jacobs, whose fall show was a goth fairy tale complete with spider webs embroidered on long black ball gowns, or Rodarte, which took hobo chic to new heights with complex dresses in a patchwork of vintage fabrics. Their shows painted fantasy worlds, several steps removed from customers’ everyday lives. Sikhoumuong has a different philosophy. “There needs to be an aspect of fantasy to some of the pieces we offer,” he says. “But heck yeah, our brand is relatable. It’s possible to do both.”

Sikhoumuong believes that J.Crew has always been focused on being accessible, rather than portraying an aspirational lifestyle that is out of their customers’ reach. But social media has made this even more true, as consumers expect to be able to speak to brands directly and be heard. Even high-fashion brands are moving in this direction: Prada’s 365 campaign brings new images every single day of year across social media to engage customers in new ways while Fendi’s newly launch “F is for” campaign invites customers to share their thoughts with the brand. All of this conversation with customers will presumably find its way back to the design studio and impact the looks that emerge in the seasons to come. “Social media has made fashion more democratic,” Sikhoumuong says. “You can’t engage with your consumer if you’re intimidating them.”

So what do J.Crew loyalists want? They’re traditionalists who veer toward classic looks: blazers, shift dresses, chinos, polos. To keep looks fresh every season, Sikhoumuong focuses on creating twists on these archetypal looks, combining prints and colors in new ways, mixing menswear and womenswear aesthetics, and interspersing the formal with the casual. He also believes that its important to remake beloved pieces with small tweaks. “It’s never a big revolution from season to season,” he says. “It’s tinkering: An update can be the changing of a button, making something in a new fabric, or altering the length of a hem.”

Sikhoumuong, Muytjens, and the rest of the design team look everywhere for inspiration for these subtle tweaks. They visit flea markets and museums for insight into looks that were popular in other eras. They’re also taking cues from art, film, and photography. But they’re also interested in how customers mix and match clothing in interesting ways. Sikhoumuong recently spotted a woman in a store wearing her father’s old, oversize sweatshirt in a way that looked very chic. That got him thinking about how he could re-create a look like that for a future collection.

Who knows? The look—and the customer—might both appear in the next J.Crew presentation. 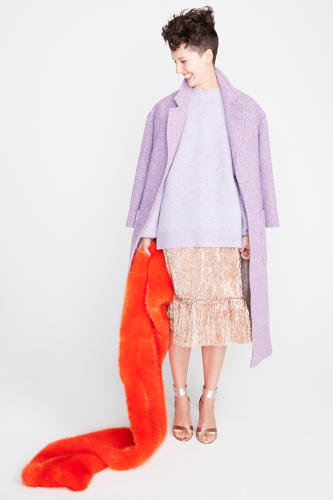 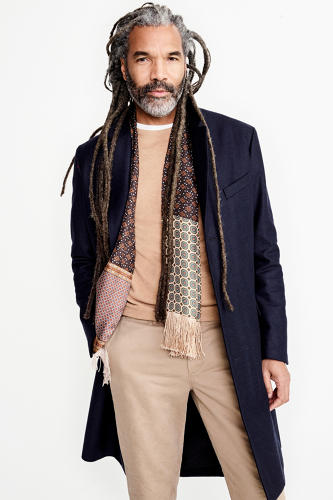 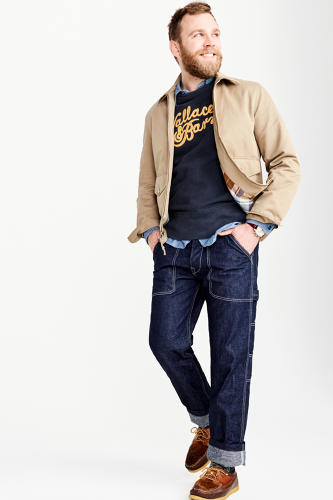 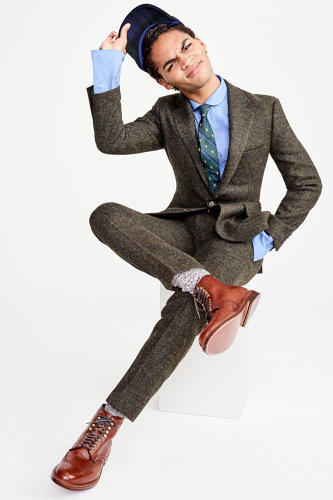 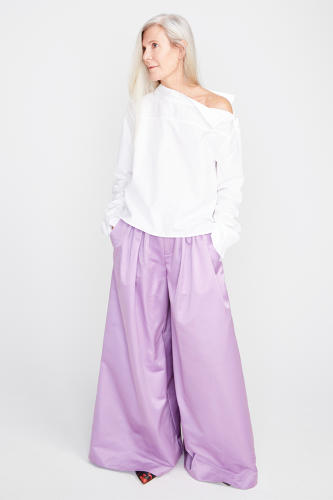 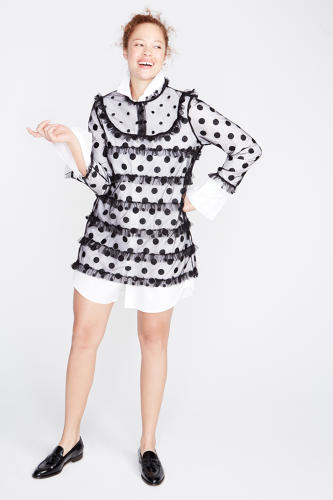 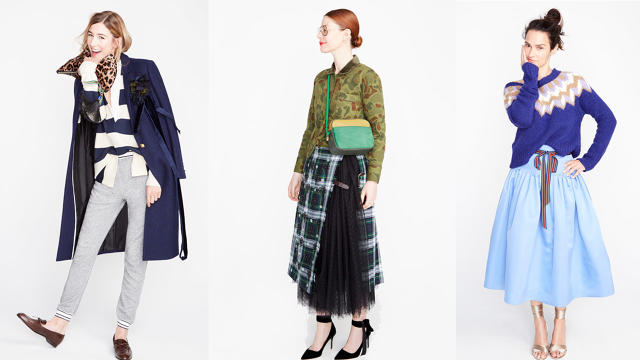