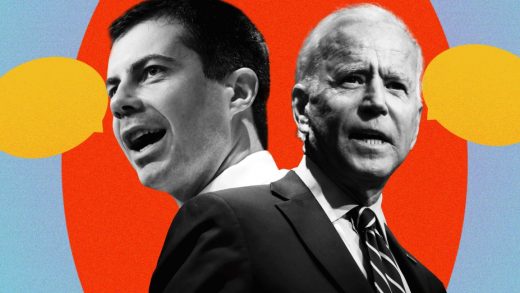 Primary season is in full swing, which means each presidential candidate is making his or her final pitch to the American public.

Some of those candidates are articulating these pitches more clearly than others, though.

Let’s take a look at some recent comments from two candidates in particular: Joe Biden and Pete Buttigieg.

Biden has long nurtured a reputation for being a gaffe-prone loose cannon. He seems to just sort of say whichever words tumble through his head, with little rhyme or reason, in order to get through the task at hand. More often than not, those words are held together by long-forgotten folksy slang and initiated by a hair-trigger temper that might result in, say, challenging his own supporter to a push-up contest. Over the weekend, his propensity for old-timey lingo and aggression toward questions he doesn’t like led him to call a woman at a Q&A a “lying, dog-faced pony soldier.”

Vox has gone on to explain why Biden may have used that phrase, because of course Vox has, but anyone can plainly intuit that “lying dog-faced pony soldier” is a garbled, inappropriate world salad to serve to one’s supporters. (To be clear, we are not talking about the so-called “verbal stumbles” that some have observed during Biden’s debate performances and that he recently opened up about with The Atlantic, discussing his lifelong struggle with stuttering.)

On the other end of the spectrum, there’s Mayor Pete. While Biden’s linguistic weirdness seems like the spontaneous results of synaptic misfirings, Buttigieg instead proudly tosses out carefully crafted phrases that have the ring of Doing Politics but mean absolutely nothing. So many of his speeches sound like they were focus-group-tested first and then watered down for being too spicy. After a CNN town hall last Thursday, he was so proud of landing the line “The shape of our democracy is the issue that affects every other issue,” that he tweeted it out like a macro meme.

If you stare at those words long enough you can almost see the fridge magnets moving into place in the backroom of a think tank that everybody wants to leave because it’s 3 a.m. and we’ve been at this all night.

Which is the worse crime against the English language? Biden’s septuagenarian insults or Buttigieg’s empty vessel of political poppycock? One way to determine the winner is by comparing the word-generators devoted to each candidate.

A quick survey of the bot’s handiwork suggests that some Daily Show writers had a fun afternoon with an ancient slang thesaurus.

Cram it in your nethers, ya Twizzler-chompin’ cake walker

Elsewhere, we have a Buttigieg equivalent: the Mayor Pete Platitude Generator. Simply click the Inspire button and you’re greeted with idea-shaped drivel like the following:

“If you’re ready to dismantle an American life by strength, this is our every day life.”

“Americans shouldn’t have to empower their kneejerk reaction to care for themselves or their loved ones.”

Each of these walks right up to the edge of almost meaning something but takes a sharp turn into verbal ether.

The amazing thing about the Biden and Buttigieg generators is that neither is more unrealistic than the other. The Biden bot’s silly insults are exactly as believable as Buttigieg’s boilerplate motivational quotes were they slapped onto a macro. If the two were facing off for Best Linguistic Tic, I’d give the edge to Biden for being more entertaining. Imagine, a politician who was neither entertaining nor seemingly designed by algorithm . . . 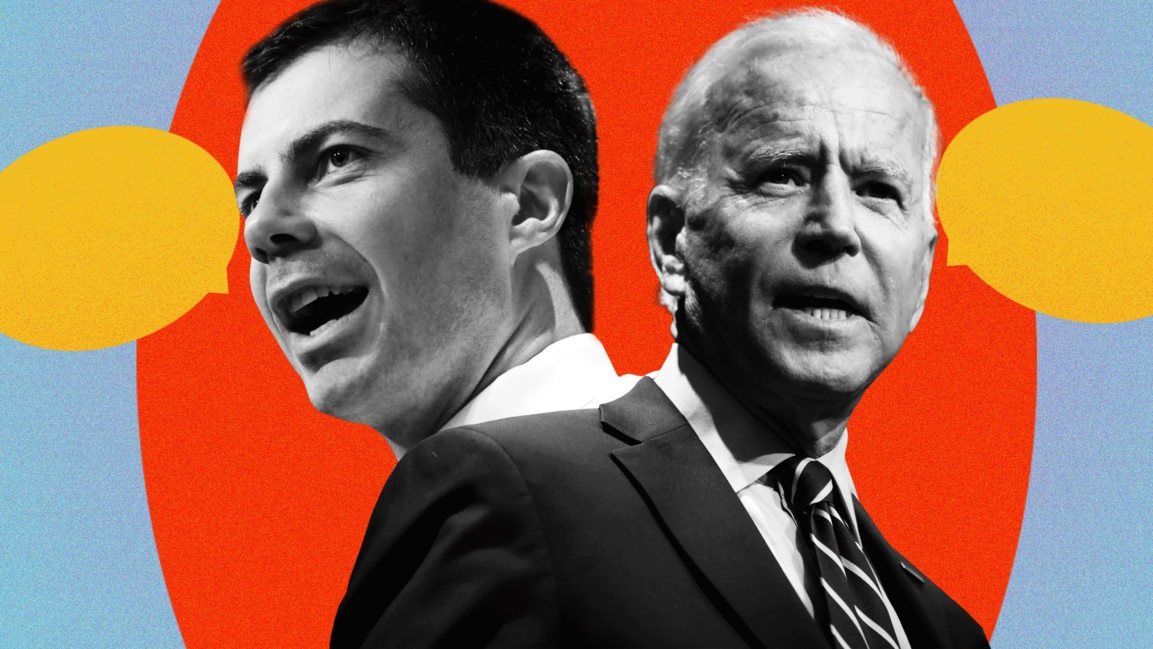