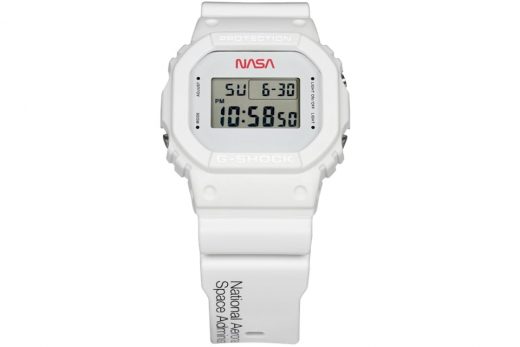 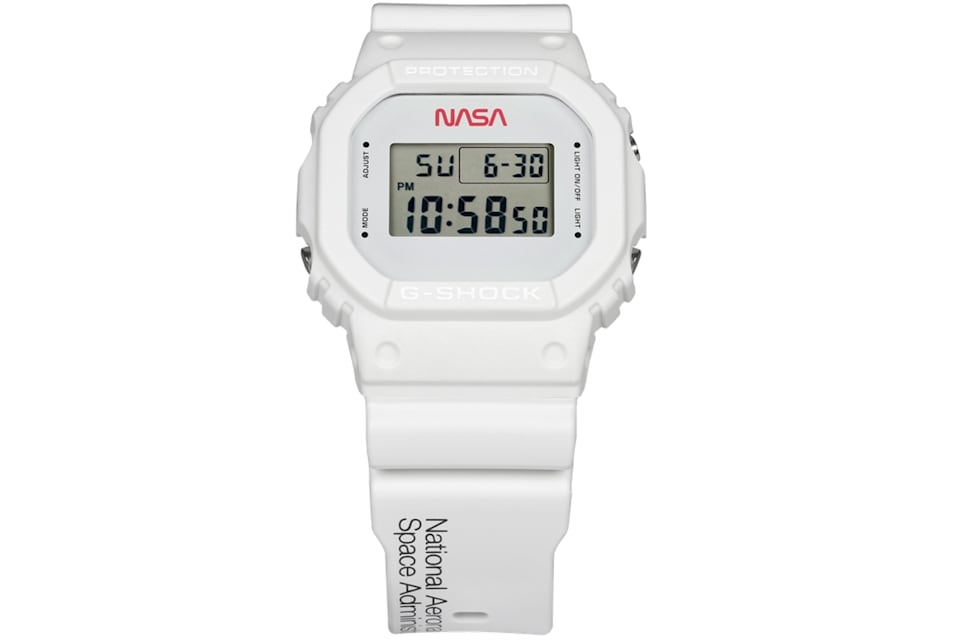 If you’re hyped for space exploration between the Apollo mission anniversaries and the planned return to the Moon, you now have a way to show your enthusiasm on your wrist. Casio has released a limited edition DW5600NASA20 G-Shock watch that, as the name suggests, is a love letter to NASA. The digital timepiece’s rendition of NASA’s “worm” logo (recently revived for Crew Dragon) and the nearly-all-white case will remind you more than a little of the early Space Shuttle era, but there are also some hidden touches. The EL backlight will display the Moon in the background when you check the time in the dark, while an etched Moon on the case back adds a little pizazz to the underside.

Even the packaging is special with a tin that will remind you of American spacecraft like the Saturn V rocket.

The watch is also notable for what you don’t see. Hodinkee noted that NASA’s merch requirements forbid any thing that suggests joint development or official endorsement, so the Casio logo is nowhere to be seen on the front — the embossed G-Shock logo and a small Casio badge on the back are about as far as the watchmaker goes to advertise itself.

The wristwear’s $130 price is accessible, but the real challenge may be getting your hands on it. Casio has already sold out of the initial batch, and new orders won’t ship until May 6th as we write this. Consider this, though: when many space-themed mechanical watches cost tens of thousands of dollars, the G-Shock will seem like an absolute bargain.