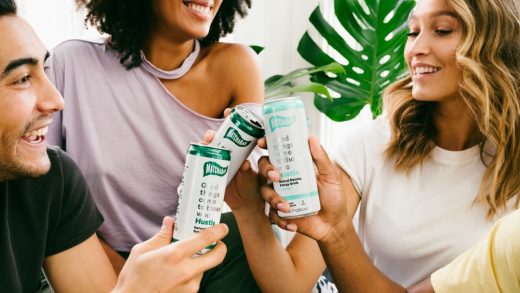 Energy drinks get a healthy makeover with help from MatchaBar

As consumers increasingly look to incorporate healthier ingredients, brands look to give them easy swaps: Matcha tea in lieu of coffee, coconut oil for margarine, and non-alcoholic botanical spirits in place of, well, alcohol.

On Tuesday, MatchaBar released the first sparkling matcha energy drink. The brand is known for its ceremonial grade matcha, which can be found in 1,000 retailers nationwide as well as its three namesake cafes in New York and Los Angeles. Available in regular or sugar-free, the new product contains 120mg of caffeine per can, which is similar to a Red Bull. (Traditional matcha bottled teas only contain 80mg of caffeine.)

The difference, of course, is the ingredients. It incorporates tea as well as antioxidant-rich juice extracts, thereby making a healthier version of its more chemical-laden competitors. The brand claims the L-theanine in matcha “provides a calm and focused energy, versus the jolt-like burst from a traditional energy drink.” At $2.99, a 12 oz. MatchaBar Hustle is roughly on par with its counterparts; a Red Bull equivalent retails for $2.59.

MatchaBar isn’t the only brand to pursue wellness-inspired stimulants. Eboost offers one in Vitamin B-packed powder packets, Guayaki Yerba Mate gives an organic boost with yerba mate and green tea, while Runa is an organic drink that infuses guayusa, a South American tree leaf brewed like a tea leaf.

It’s a smart extension for the three-year-old MatchBar, which just announced an $8 million Series A. (Investors include rapper Drake, DJ and producer Diplo, and NFL Super Bowl MVP Von Miller.) The ready-to-drink tea beverage market is growing 3–4% and accounted for 45% of the tea market share in 2017, reports the Tea Association of the U.S. The global tea beverage market is expected to $44.3 billion by 2021.

To celebrate the new launch, MatchBar partnered with Whole Foods and Facebook for a social media campaign dubbed “Gift The Hustle.” Fans can now send a coupon for a free can of MatchaBar Hustle through Messenger to their friends, redeemable at the nationwide retailer. 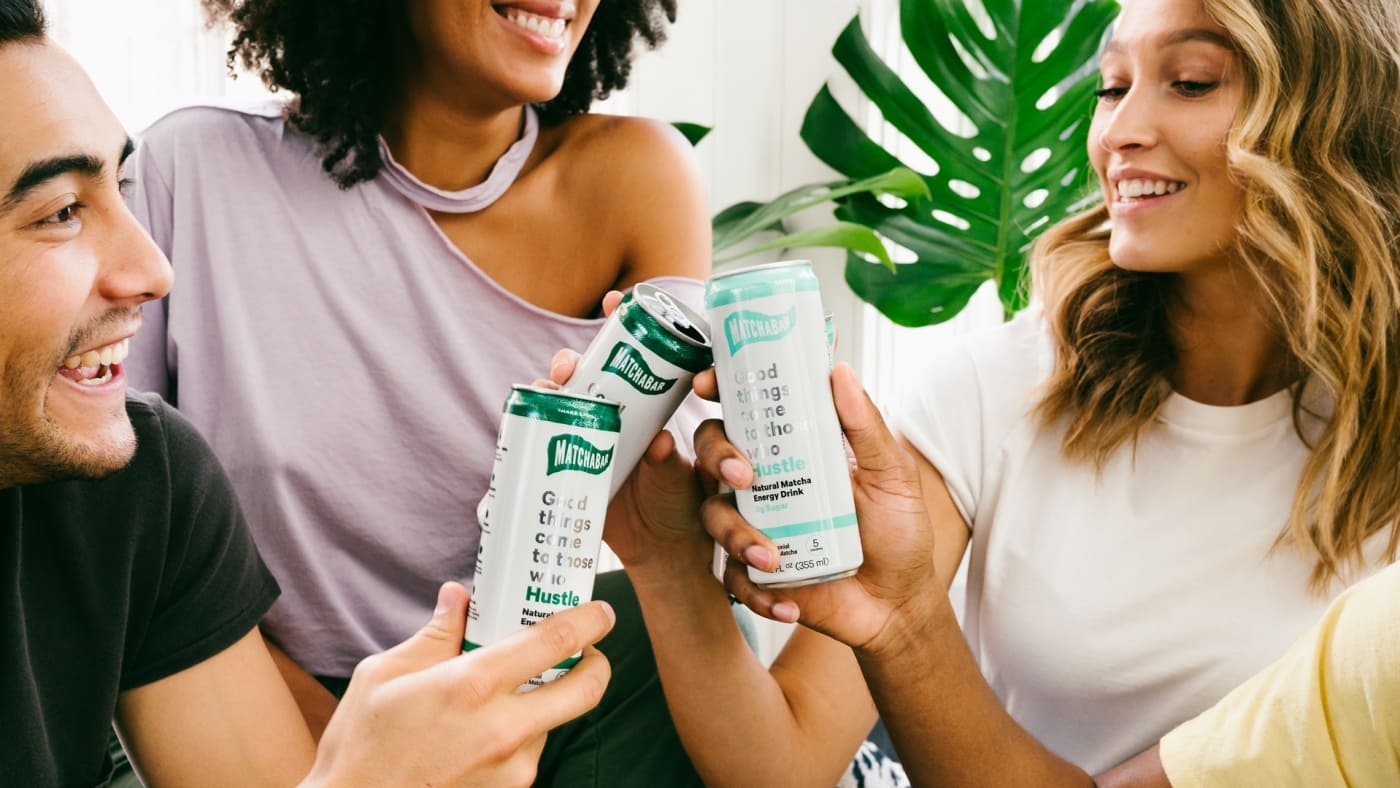