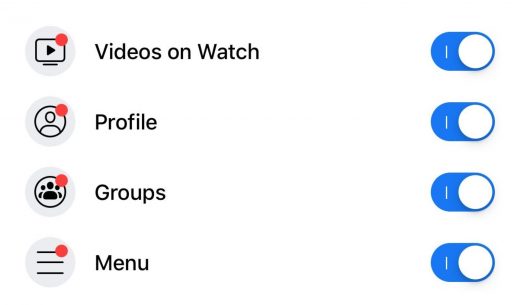 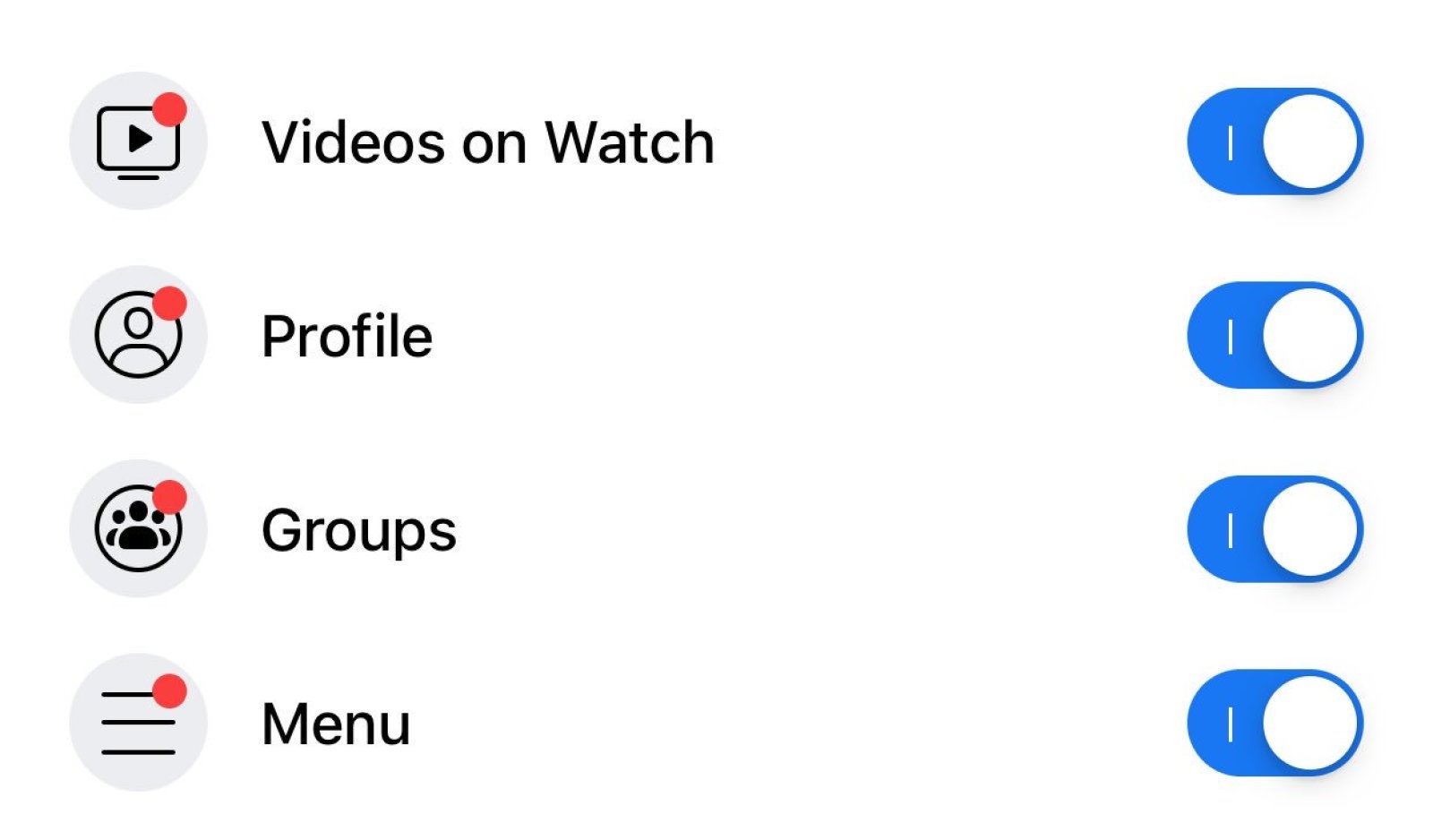 Red may be an attention-grabbing color, but too much of it can trigger anxiety. You might soon see a lot less of the hue on Facebook. The company is testing the ability to turn off the crimson in-app notification dots that seem to pop up every time you check Facebook on your phone. Social media consultant Matt Navarra pointed out on Twitter today that testing is underway. Earlier this summer, reverse engineering specialist Jane Manchun Wong noticed the feature hidden in the Android app.

This should address the long annoyance of tabs showing notification dots that don’t spark joy for the user pic.twitter.com/vtBLkbjKtE

The bright red dots (officially known as badges) appear on the mobile app’s home screen, perhaps to alert you of a new video or new activity in one of your groups. Occasionally the alerts are redundant; popping up for a video you’ve already seen. The notification dots have drawn the ire of plenty of Facebook users — there are scores of videos and how-to-articles instructing how to get rid of them.

Unfortunately, not everyone can get rid of notification dots right away. Facebook confirmed to TechCrunch that they only started testing the feature on a subset of iOS and Android users. In order to find out if you’re a part of the test, go to the “Settings and Privacy” section of your Facebook mobile app. Tap on “Settings” and then scroll down to “Notifications”. You should see a heading that says “Notification Dots” at the very bottom, and that will lead you to a toggle menu where you can choose which type of badges you no longer want to see.

Notification badges are just one of the many ways that Facebook keeps users tied to the platform. While such design changes may seem small, they play a huge role in how users spend time on the site. A bright-red notification can easily lure you to a video you normally wouldn’t watch or lead you to read a post by a Facebook group you rarely frequent. Whether this is a good or bad thing highly depends on the user and their lifestyle. Some people savor alerts on their phone, while others view them as a source of stress or a distraction. Facebook’s decision to test making the feature optional is a sign that the company wants to help users tailor their experience; rather than imposing one design change on us all.