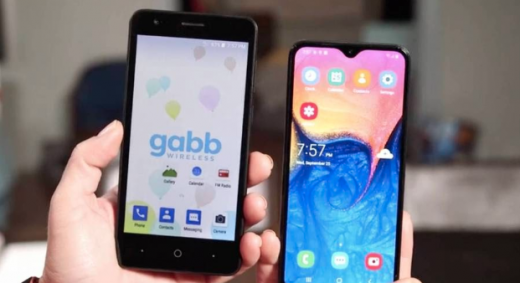 Gabb Wireless: A Smartphone for Kids to Keep Them Safe and Minimize Screen Time

Gabb Wireless: A Smartphone for Kids to Keep Them Safe and Minimize Screen Time 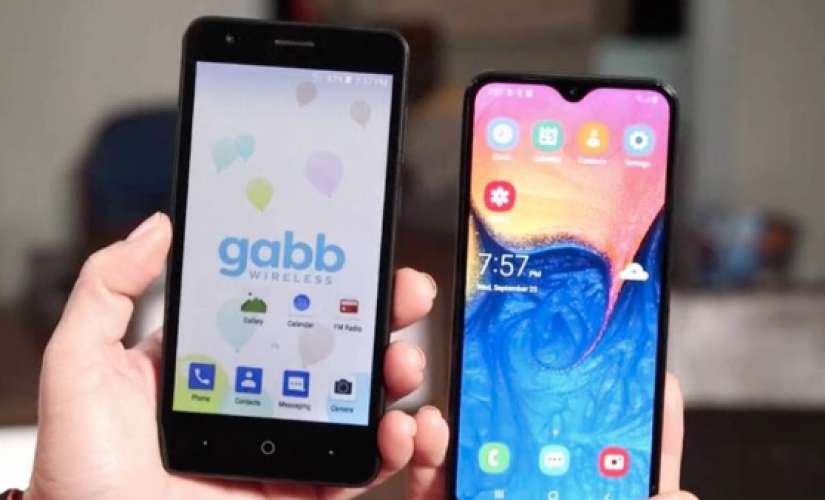 As a tech guy and a parent, I’ve been torn about the trend over the last few years, where kids as young as five have their own smartphone. All over my kids’ school, I see young kids with iPhones and Android phones. Here is Gabb Wireless: A smartphone for kids to keep them safe and minimize screen time.

Why Kids Shouldn’t Have Smartphones

As a tech guy, I understand that these devices have become the way we communicate and keep track of everyone, including the apps that allow you to see exactly where your kids are at any time. However, as a parent, I worry about what they are looking at on their smartphones and what else they have access to. Plus, I’d prefer that my kids—especially the younger ones—don’t spend most of their lives hunched over one of these devices.

A recent article in the National Review furthers my own concerns about young kids and smartphone ownership. As adults, we know what’s out there on the Internet. However, as the article so glaringly points out, young kids—whether on their own smartphone or a friend’s device—are seeing and learning about things at a much younger age than is healthy or appropriate.

Then there are the headlines that are sure to alarm any parent about young children being groomed by adults through games and other apps. Even scarier is the realization that all the parental controls in the world on your child’s iPhone won’t protect them from much of this content and contact.

Apparently, there are many other parents, grandparents, and family members out there who share my sentiment and concern about giving smartphones to their kids.

Stephen Dalby, a father, living in Palo Alto, California, developed and founded Gabb Wireless, a cellular network designed to be safe for kids. Gabb offers devices that provide communication and connection without all the features of a regular mobile device.

When Stephen couldn’t find a phone for his teenage son that didn’t have access to apps and other content he was concerned about, Dalby decided to make his own phone. Started in 2018, the phone he made has no access to the Internet, games, social media, app stores, or picture messages.

Everything that scares parents about smartphones for kids has been removed from the Gabb Wireless phone. Stephen designed a phone that would not only be safe; it would also enable his son to spend less time on the device.

The Gabb Phone is a mature-looking, Android-based device that kids enjoy using. It looks just like a smartphone and offers some of the same features. It has a five-inch display as well as a 2 MP front and 5 MP rear camera. There is a 3.5mm headphone port for headphones. It has a Quad-Core 1.1Hz processor, as well as 2GB RAM and 16GB ROM. The battery is made to last up to three days before it needs to be charged again.

There are apps on the phone, but they are necessary and don’t veer into those areas that make parents nervous. The phone includes a calendar app, FM radio, photo gallery, voice recorder, alarm clock, and a calculator. The primary purpose of the phone is for kids to text and make and receive calls. Contact information can be stored to make it easier for your kids to reach you, friends, and family members.

For anyone who has used a smartphone, the Gabb phone works similarly to Android phones since it uses the same operating system. You can see icons that represent the minimal apps that are available on the phone. The phone icon allows users to make a phone call and look up numbers in the contacts list.

The photo gallery is where pictures that have been taken with the phone are stored. You can share these or organize and store the photos in albums within the photo gallery. The user can also take video footage and store videos in the gallery. The camera and photo feature even allows users to customize their photos with fun design flourishes.

The calendar app allows kids to add events and learn how to organize what they have going on in their lives. The FM radio only works with earphones that double as an antenna. This feature makes it peaceful and relaxing for anyone around your child while they are listening to music.

Other features include a voice recorder, settings, and file manager, all of which are basic and straightforward since the phone is made for a kid to use.

There’s nothing to dislike about the Gabb Phone. The price is fair, and the phone does exactly what you want it to do for young kids. Even better is that my kids only use it when they need it instead of becoming glued to the screen, day and night. Even the phone plan pricing is fair. More on those details to follow.

If I were to find anything wrong with the phone, it would be that some of the things parents did like about traditional smartphones — like tracking apps — tracking doesn’t work with this phone.

For example, Google’s Family Link app, which enables a parent to pinpoint the location of the phone on a map and establish alerts when certain geofences are crossed, doesn’t work on the Gabb device.

Gabb will need to add cellular data to make future options like this possible. Also, Gabb hasn’t said whether or not its phone supports Wi-Fi or Bluetooth. Other than that, this is an excellent option for kids.

Where to Buy Your Kids First Smartphone?

Right now, you can only buy a Gabb Wireless phone and phone plan from the company’s website.

Currently, Gabb Wireless is only available in the contiguous 48 states, and there are a few zip codes where coverage may still not be available.

The Gabb Phone costs $ 99.99, including activation and shipping. An extended warranty is just $ 4.99 per month, and screen cases are only $ 12.99. I don’t have to remind you how much an iPhone or Android phone like a Samsung Galaxy costs, so the price of a Gabb Phone is something else that makes it really smart for kids.

The Gabb Basic service plan costs just $ 19.99 per month and offers unlimited talk and text on a nationwide 4G LTE network. The plan is month-to-month with no long-term contract required.

Their website offers instant messaging for customer support to get immediate assistance, but users can also email Customer Support at support@gabbwireless.com.

Gabb Wireless is an excellent option for parents to provide their kids with a smartphone. Easy communication and connection that keeps them safe and minimizes the amount of time they spend on it. The Gabb Phone does everything it advertises and provides parents with peace of mind.

There are still plenty of features on this phone to maintain a certain level of entertainment value for kids, making it something they will enjoy using. Don’t say it’s not a smartphone. It’s still a smartphone, but it is limited in its features. This helps protect your kids and help them develop healthy habits with technology.

The post Gabb Wireless: A Smartphone for Kids to Keep Them Safe and Minimize Screen Time appeared first on ReadWrite. 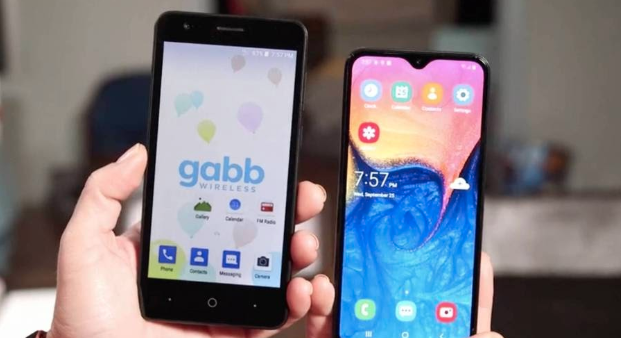