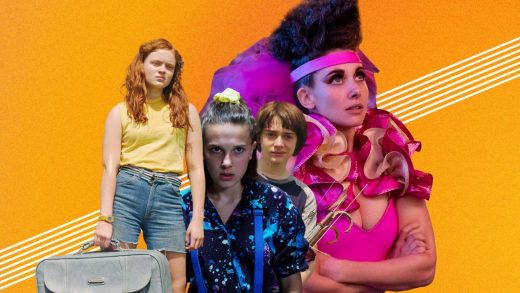 Halloween costume ideas from the designers of Glow and Stranger Things

Let’s start this off strong: If you’re not excited about your Halloween costume, you’re not doing it right. “The key to making a great Halloween costume is wear something or create something that you’re very passionate about,” Beth Morgan, costume designer for Emmy-winning Netflix series Glow, says. “You have to start with an idea that excites you, so you won’t lose focus when finding all the parts get tricky. Thinking about your costume should almost make you giggle.”

Morgan, who has also worked on the sets of Django Unchained, The Help, Key and Peele, and Deadwood knows a thing or two about how to make a costume (and a good one at that). “It’s a beautiful and laborious process to getting it right,” she says.

Amy Parris, costume designer for that one TV show Stranger Things, as well as Westworld and A Wrinkle in Time, agrees that it takes hard work and dedication to make an all-time great Halloween costume. In kindergarten, Parris dressed up as a unicorn by creating, with her mom, a centaur-like costume made of furry fabrics and a foam base. It gave her the appearance of being half-horse but made it impossible for her to sit down. “I was kind of embarrassed about not being able to sit at my desk,” Parris laughs. “But it was so original and unique, that’s what sticks in my mind. As an adult, it seems that Halloween costumes have become more about showing your body than being creative. And to me, that’s not as fun or as spirited as really putting something inventive together.”

Indeed, Halloween is the chance to become whoever (or whatever) you want to be for a day—without any weird looks. It’s just a matter of putting together the right pieces to create an awesome costume. In years past, we’ve seen plenty of Stranger Things and Glow costumes out on the streets (and on Instagram), so if you’re looking to re-create the look of Eleven after her full-on mall makeover or dress up as your own version of a Glow wrestler straight out of the ’80s, here’s how.

Look at your local thrift shops (or surf Etsy) for a t-shirt that has a bright print or bold patterns on it. Feeling extra crafty? You can use fabric paint to re-create the black and yellow zigzag print shirt Eleven wore in season three. Hot Topic is selling a limited edition 80s print Eleven shirt ($30) for a Starcourt Mall-inspired look. To finish the look off, Parris advises to add a couple of colorful scrunchies ($12 for a set of 10) as an accessory, don some classic Nike Cortez sneakers ($70), add Jordache jeans, and prepare to find the Flayed. Oh, and if you have bonus budget, we strongly encourage you to check out the Levi’s x Stanger Things collab collection.

According to Morgan, pulling of a Glow look starts with the sneakers—so wear some Reeboks classics. Add a leotard by Capizio ($14) in any color you like, and grab some scissors for a necessary alteration. “You have to cut the hip line and take a couple of inches off to give you a great 80s hi-cut line. Add some glitter eye shadow (our favorites include Urban Decay Moondust ($22) and the NYX Glitter Goals Palette ($25). For a full-on ’80s Melrose look, add lace-trimmed socks ($13), a bubble skirt, and a pearl necklace.

Not into Stranger Things or glitter and leotards? Need inspiration on where to begin with an outfit of your own imagination? Here are Morgan and Parris’s top tips for making the most funny/ridiculous/scary/inventive costume this Halloween (without spending a fortune at a costume shop).

Think outside of the box

One year, Morgan dressed up as “gang green,” aka a gangster with rotting skin. Another year, she was the tree from Garden of Eden—which translated to dressing up as a tree with an apple and a snake as props. “The outfits that get the most attention are the most creative ones,” she says. So start with a baseline—like a cop outfit, and make it yours. Obsessed with sea creatures? Maybe try to be an eight-armed Octopus cop. “Start with something classic—any packaged costume you could get at Spirit Halloween—and then take it in another direction,” Parris says. “Give it a twist, and make it better.”

Don’t be afraid to make a few stitches

A few years ago, Parris needed to make a last-minute Halloween costume but had no idea where to start—until she saw some colored tinsel at her local 99-cent store. She grabbed a black dress, sewed colorful tinsel onto it, and bada bing—she was a firework. She recommends buying a small sewing kit ($7) and watching a few YouTube tutorials to get it right.

Both Parris and Morgan have poured hours into scanning old issues of Seventeen magazine from the ’80s, JCPenny catalogs, old magazine ads, and family photo albums. To get the “vibe” right with any decade-specific costume, look at the times, and dress accordingly.

“So many good costumes are made by just paying attention to detail,” Morgan says. “Cosplayers are so impressive because of the time they put into costumes making sure that the details are right.” So commit to gluing feathers, safety-pinning fabric, and painting fabric. Parris recommends using Rit liquid clothing dye if you need to color any of your clothes—”It blends better and isn’t splotchy at all,” she says.

“If you are having any trouble with aspects of a costume and you have a Michael’s or Jo-Ann’s in your town—or even a thrift store, go in and talk to them,” Morgan says. “Foster the relationships because they will often be as excited as you are about making a costume great.”

Fast Company may receive revenue for some links to products on our site. 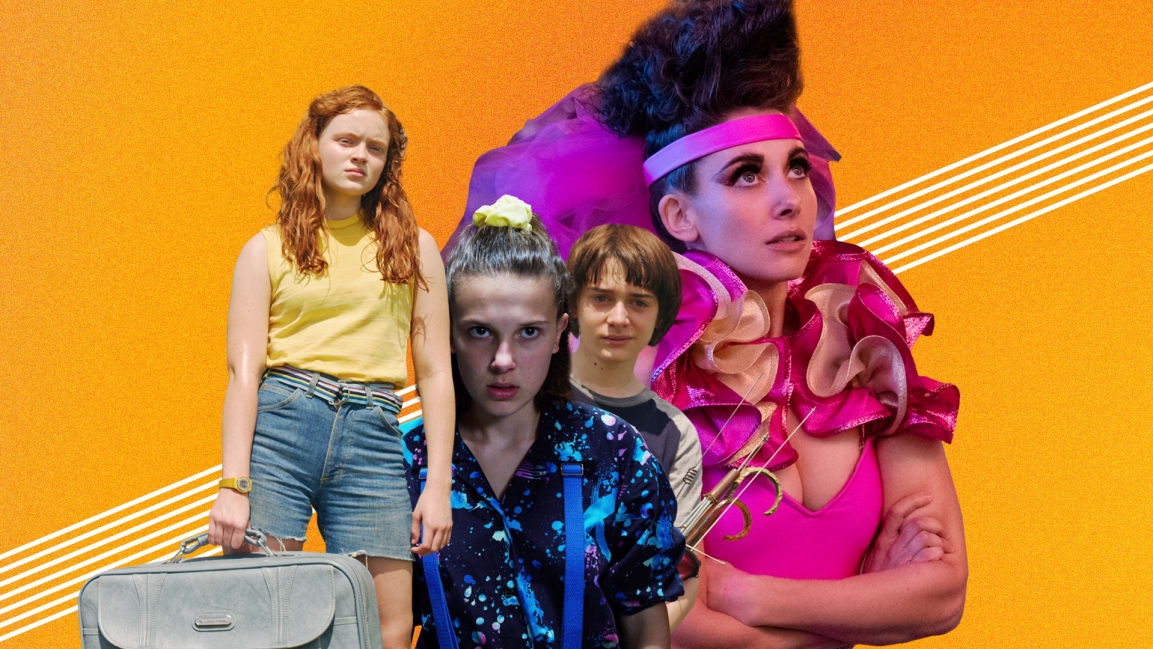