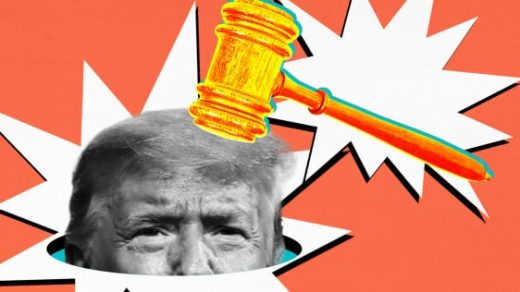 Here’s how Donald Trump’s election court battles have fared so far. (Not good!)

To use a phrase made semi-famous by a recent Trump court case, the outgoing president’s legal efforts to overturn the election have had a “non-zero number” of victories.

Unfortunately for him, though, that number is one. That’s out of 28 total legal challenges so far, and it wasn’t a particularly significant win, at that.

Trump and his allies are 1-28 in court cases they have filed post election.

Their one victory was shortening the cure deadline in PA for a small subset of rejected mail-in ballots from 9 days to 6 days. That is it.

Trump claimed before the election that the only way he could lose is illegitimately, so he came into his defeat with the presumption of foul play.

Everything that has happened since has been a scattershot effort to reverse-engineer proof of malfeasance, rather than a genuine response to suspicious activity. (Indeed, those citizens who have come forward to vouch for Election Day shadiness have proven either insubstantial accusers or outright liars.)

In any case, as much of the GOP leadership has either offered support for Trump’s “fight” or silently condoned it, right-wing media has peddled tall tales of Biden-Harris vans manipulating ballots in broad daylight. As a result, the president is enjoying broad support from politicians, friendly media, and at least 50% of his supporters as he attempts to overturn the election results in the courts.

That he has been almost entirely unsuccessful, and has not proven a single instance of voter fraud thus far, has not hindered his efforts or his messaging.

Team Trump—now led in court by Rudy Giuliani, late of Borat 2 and Four Seasons Total Landscaping fame—has pressed on with “something like 30 or 40” lawsuits in key battleground states where Trump was defeated: Arizona, Georgia, Michigan, Pennsylvania, Nevada, and Wisconsin.

Some of these cases have involved throwing out legal ballots in Black-majority areas.

Some have alleged the proper chain of custody for absentee ballots was not followed, or that the procedures for authenticating ballots was too lax.

Many lawsuits are focused around attempting to block or slow certification of election results (with Donald trump personally calling a Republican member of a board of canvassers about not certifying the results in one case).

Others still seek to nullify election results based on alleged illegal or improper votes, including the thoroughly debunked claims of dead people voting.

Still other cases allege that Republican election observers were either not allowed to observe the ballot-counting (they were) or that they weren’t allowed to get close enough to properly observe. (How close do they expect to get?)

Meanwhile, Trump is spending millions on recounts in Wisconsin and in Georgia.

As mentioned above, though, his only victory so far has been an effort to shorten the deadline to cure ballots, i.e. correct mistake made by voters, from nine days to six days. It should go without saying that this lone courtroom success will have no bearing on Joe Biden’s overall victory.

As Trump’s courtroom representatives continue to outright admit that they have no real evidence of fraud, it has become increasingly clear that the outgoing president’s true goal is not to overturn the election but rather to sow chaos and distrust in the legitimacy of a contest he fairly lost. Some GOP politicians are aware that Trump’s allegations might not be on the level, but see no harm in humoring him.

The secretaries of state in Arizona and Georgia, who have both been receiving death threats over not being more helpful in overturning the election, could not be reached for comment on the matter.

Arizona Secretary of State Katie Hobbs released this statement in response to ongoing and escalating threats of violence directed at her family and her office. pic.twitter.com/SzsRxzvOl1

New: Of all the Republicans to take a stand against Trump, @GaSecofState did not appear to be the most likely. Now, he faces the ire of Trump and his party for pushing back on baseless claims of fraud. “Integrity still matters,” he said. https://t.co/N1aA8lkBkG

Fast Company will continue updating this story as more of Trump’s lawsuits conclude. (Another one ended during the time it took to write this post.)

Trump and his allies are 1-29 in post-election litigation in court.https://t.co/jFruayaXkr

UPDATE: By the end of the day on Thursday, November 19, Trump lost another two court cases, including the final ones filed in Georgia.

Trump and his allies are now 1-32 in post-election litigation.https://t.co/nOMwMTYhjI 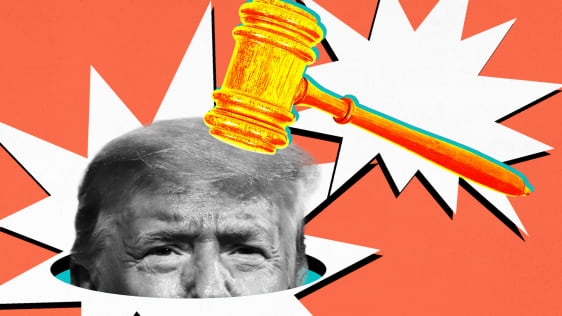