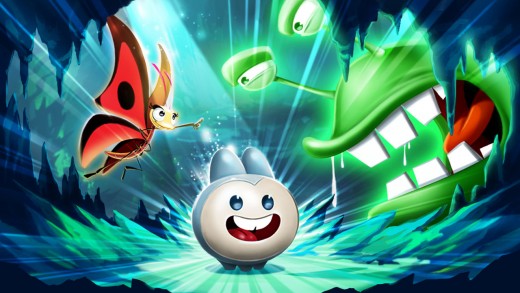 Founded by Rovio alums, Seriously is trying to do “Hollywood backwards” by building out entertainment franchises with games at their core.

Andrew Stalbow remembers the “a-ha” moment that led to his decision to start a mobile game company. He was working at Fox Digital Entertainment and its sibling studio, 20th Century Fox, had just green lit the sequels to Avatar, James Cameron’s blockbuster of all blockbusters.

“It dawned on me that here was this company with an amazing product and brilliant franchise and it was committing to movies two, three, and four. And yet they didn’t know who went to see the first Avatar. No idea. And it kind of struck me that some of the greatest entertainment properties of our time aren’t directly connected to their audience.”

As senior vice president of mobile, Stalbow’s job was to migrate properties like The Simpsons (and Avatar) to apps and mobile games, and so he knew firsthand how mobile games offered a much more connected relationship with fans and players. Not only were companies like Fox able to access data about what sorts of people were playing the games and what aspects engaged them, as a content creator they could offer updates and other bits of entertainment that could keep fans engaged on an ongoing basis, not just for a few, finite hours.

Something else Stalbow saw at Fox was how mobile wasn’t just a distribution platform but a powerful marketing tool. When Fox produced the animated film Rio, Stalbow and his team partnered with Rovio, the Finnish company behind the phenomenally successful game Angry Birds, for a cross-promotional mobile game called Angry Birds Rio. When Rio came out, Fox conducted exit polls at theaters, asking people how they’d heard about the movie. “We asked people, had you seen the Super Bowl promotion for Rio? Had you seen the McDonald’s promotion? Had you seen the latest trailer? And had you downloaded and played Angry Birds Rio?,” says Stalbow.

“And basically it was off-the-charts-high: Angry Birds Rio was the most successful piece of marketing for the Rio movie, based on those polls. I think that was a moment where everyone realized, ‘Okay, this isn’t just a great content consumption platform, it’s a great marketing platform as well’.”

Stalbow ended up leaving Fox to work for Rovio, and if his Fox experience was an education in the integration of mobile and traditional media, then Rovio proved to be an education in how to make great games. Now he’s taking both lessons and improving on them as he embarks on his own gaming venture. Seriously, the mobile gaming company he founded last year with Petri Järvilehto, the former EVP of games at Rovio, is trying to build entertainment franchises that have games at their core. Or, as Stalbow puts it: “We’re trying to do Hollywood backwards.”

“If Hollywood starts with the TV show or the movie as the engine driver of its IP and then builds businesses around that,” then Stalbow and his cofounding partner want to “build a game and then start building it out backwards,” Stalbow says.

The theory is that unlike TV shows or movies, games allow a company like Seriously to directly engage with and understand its audiences. This relationship can then be built upon and expanded through other media and products, whether it be a movie or plush toys. Seriously, which is based in Santa Monica and Helsinki, also invests heavily in game development, thinking about things like character development, narrative, and even music in a way that is more akin to the way a movie production company or studio would than a gaming company. Indeed, Stalbow says his goal is to create games that “kind of feel like a Pixar movie.”

The company’s first attempt at this is Best Fiends, a puzzle game that pits a band of feisty forest creatures against menacing slugs who thwart their journey to Mount Boom. Since launching last October, Best Fiends, which is available on iOS and Android, has been downloaded over 14 million times and has had up to 1.3 million daily players. Although it’s not a top 100 game in the U.S. (it performs better overseas), those numbers gave Seriously validation that the game was clicking, and so as a first step toward building out the Best Fiends platform, Seriously is launching a limited edition of collectible slugs at Comic-Con this year (the toys were made in partnership with the company Kidrobot). Later in the year, Best Fiends will also be available as plush toys, and animated shorts related to the game will start appearing on the app.

All of this “is a great way for us to start thinking about how our brand starts evolving outside the game,” says Stalbow. “We want to launch things that add overall value to the IP.”

But perhaps what most sets Seriously apart from other gaming companies is its creative approach—i.e., the way in which it tries to create Pixar-like entertainment with a “subversive yet sweet sensibility,” Stalbow says. While most game companies are most focussed on producing the most wildly addictive games on the planet and racking up the most downloads, Seriously wants to make games that best lend themselves to longer-form content—while also, of course, still trying to be wildly addictive. Although an Angry Birds feature film is slated to come out next year, it has taken several years to develop. Seriously is setting itself up to move much quicker. To this end, it drew on its Hollywood connections to create Best Fiends. Heitor Peirera, who composed the music for the Despicable Me movies, wrote the music for Best Fiends—which was recorded in Europe with a 68-piece orchestra and featured in the cinematic trailer that Seriously released before the game’s launch. And Dan Romanelli, who established the consumer products division at Warner Bros., is an investor and advisor. (Upfront Ventures and Sunstone Capital are other investors.)

“Lots of other mobile games studios told me, ‘Don’t invest in the music. No one will listen. They turn the music off,'” Stalbow says. “We went the opposite way and got a great composer on board. We spend our time caring about the animation, the polish, the way the characters look at you in the game. We’re just trying to establish a relationship between characters and audience. So all of this is set up to be something that could go bigger.”

The company also spent time developing the Best Fiends narrative and backstory: When a meteor struck Mount Boom, suddenly the otherwise harmless slugs became terrors who gobbled up everything in their path. The Best Fiends, meanwhile, were left behind when their families were eaten by the slugs. (Revenge motive? Check.) Each creature has also been given its own defining characteristics and personality, as opposed to just being a collection of cute, interchangeable creatures: Nog, the wheat weevil, is a “bug of action” with bad allergies. Lapoleon is a power-seeking roach.

Stalbow admits that his biggest challenge is scale. As a “scrappy startup” with 30 employees, he’s competing not just with major gaming companies like Rovio, but Hollywood studios “who have a lot of money to make big bets.” In contrast, Best Fiends cost just a million dollars to make when it launched.

But Stalbow thinks that by making calculated moves and evolving in a step-by-step fashion, he can compete. He’s also drawing on A-list talent, not just from Hollywood, but Helsinki, where Seriously’s games are built (marketing and business development are in L.A.). The company has hired employees from Rovio, Supercell, NaturalMotion, and Remedy, among other top, Finnish gaming companies.

Interestingly, even Stalbow’s end goal zags from the Hollywood way of doing things. Should Best Fiends ever make it to the movie stage, he says he’s not interested in a “big Hollywood movie opening.” Instead, he’d like to “open the movie in the app. Why not? To millions of people who can buy the product straight away, whether with Apple Pay or connect to pay? I’d rather focus on the in-game experience and keep it all there. That’s gonna be the bigger and bigger opportunity.”

Nicole LaPorte is an LA-based writer for Fast Company who writes about where technology and entertainment intersect. 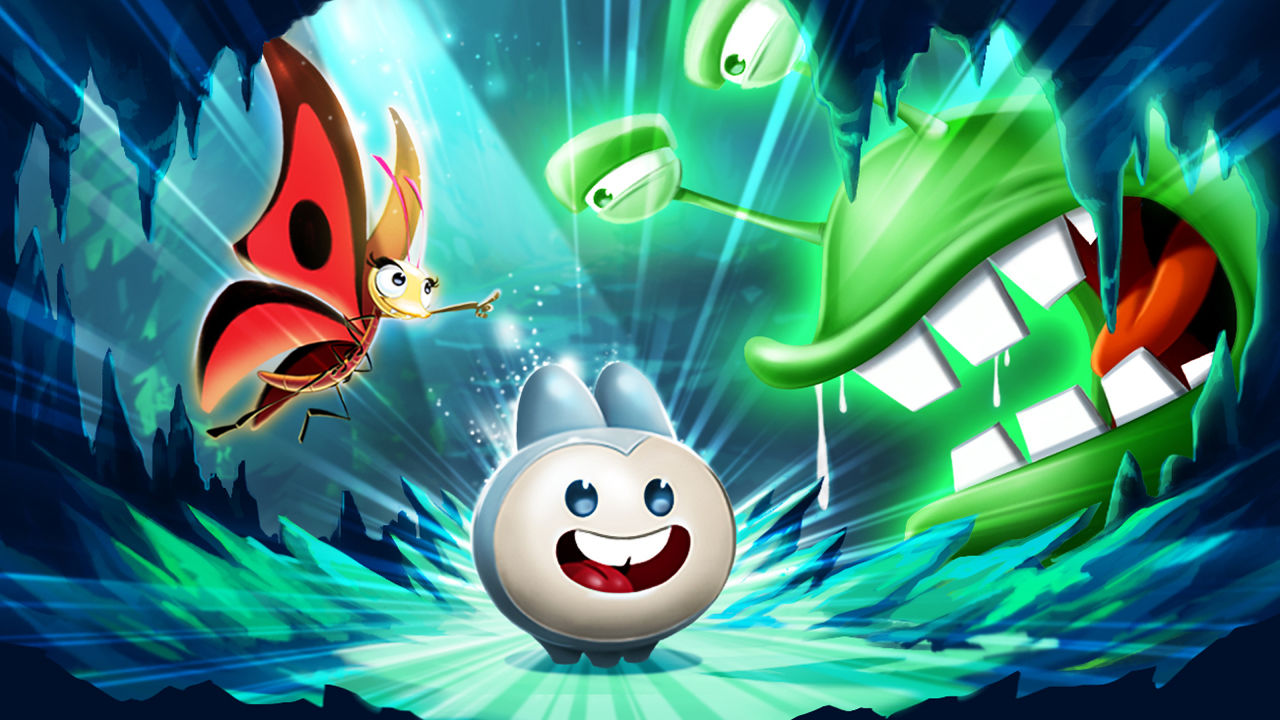