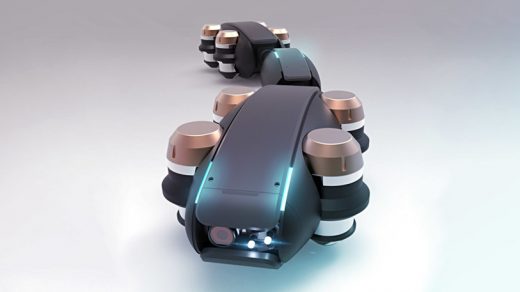 The future of your drinking water may depend on databotics.

That term, which should be retired by now, is nevertheless at the heart of new technology from HiBot USA, a combination of robotics, big data, and artificial intelligence that aims to help countless municipal water utilities around the United States do a more efficient job of upgrading their aging pipelines.

Here’s what we’re talking about: Water in the United States is generally handled locally, by the 50,000 municipal utilities charged with bringing water in and moving it around through millions of miles of piping. There are 240,000 water main breaks a year across the country, and while those thousands of utilities work hard to replace pipes that can be up to 160 years old, it’s a task that’s done haphazardly, often getting rid of perfectly functional pipes while waiting too long on those that are primed to rupture.

Because sewage and gas lines are highly regulated, and therefore operate under very specific rules for inspection and replacement, there’s already a robust market for robotics companies working in those fields. But water lines are much more loosely regulated, according to HiBot USA president and CEO Takashi Kato, and the market is wide open for early entrants.

And that’s where HiBot USA comes into the picture. A San Jose, California-based spin-off of Japan’s HiBot—whose founder, Shigeo Hirose, has built robots that have worked at the doomed Fukushima nuclear plant and other places not meant for humans (think minefields)—the American offshoot was created a year and a half ago to commercialize the parent company’s technology, particularly its pipe-inspection robot.

While the massive transmission lines that come into cities from reservoirs and other sources are well-inspected, it’s pretty much impossible to look at the much smaller distribution mains that dominate the municipal water ecosystem. And that’s a problem in a place like San Francisco, which like most American cities installed most of its 1,200 miles of pipes—many of which are leaking or breaking—decades ago, said Lars Stenstedt, HiBot USA’s vice president of business development.

Stenstedt explained that most cities replace their pipes strictly based on age, and do so at a clip of about half-a-percent a year, meaning that throughout the industry, it’ll take about 200 years to replace the entire network. Part of that is cost—given that in a city like San Francisco, it can cost $3 million per mile of replacement pipe. But he argued that even if money was no object—it would take about a trillion dollars nationally—it’s simply not possible to tear up all the streets at once in order to undertake a wholesale replacement project.

Yet even as municipalities undertake their pipe replacement projects, they ignore the fact that at least 40% of the existing network can probably be saved. And that means there’s potentially $400 million or more of savings available, if replacement could be done more efficiently, and only as needed.

This is where HiBot USA could help. Its databotics system was designed to algorithmically figure out the areas in a town or city where pipes are more at risk of failure, thanks to the inspection of pipes that have already been replaced and an evaluation of soil dynamics, as well as other factors such as electromagnetic forces coming from power lines.

And it starts with sending the company’s robot slithering into decades-old pipes to determine what kind of deterioration has been wrought by decades of use.

The robots themselves are small, with three sections that articulate much like some multi-section city buses. They are designed to expand to the size of the pipe so that wheels touch the insides, making it easier to insert them and (even more importantly) to extract them. The robot has a camera in the front, and tows an RFT magnetic sensor that allows the HiBot USA team to measure the amount of material loss in the pipe.

“The best way to know what’s going on inside the pipe,” said Kato, “is to go inside.”

It’s worth noting that HiBot USA can only inspect pipe that’s already been taken out of commission, because it’s risky to go inside a working pipe, which could easily corrupt its integrity. But in most cases, replaced pipe is simply left in the ground, allowing the company to easily access it, and assess it in the same soil and environmental conditions in which it’s operated for so long. “We want to analyze the pipe,” Kato said, “and understand [its] characteristics.”

Water utilities tend to use a rating system, from A to F, for piping, based on leak and age history, and use those ratings to make replacement decisions.

HiBot USA’s process is to look at pipe and determine whether the rating was correct. And this is where the company’s big data layer comes into play.

By looking at a utility’s entire collection of data and comparing the existing rating system to maps that include national data on soil characteristics—because soil can be a key indicator of corrosion—the company believes it can come up with better predictions of where pipe failures are likely to occur than to just rely on age and leak histories. Especially when artificial intelligence is added to the mix.

“We’ll use AI and let the data tell us what the correlations are,” Kato said, “and what the real drivers are of leaks for a utility.”

While oil and gas utilities have to be perfect in their failure predictions, water utilities have no such requirement. Yet HiBot USA believes its databotics model can predict future failures at an accuracy rate of 80%-90%. “They have [existing] statistical models that give them likely [areas] of failure,” he said. “We’ll give them more accurate models for likelihood of failure. And at scale.”

For now, HiBot USA is working with at least a couple of municipal utilities in the San Francisco area. But no utility partners would speak with Fast Company about the company’s technology.

Still, one expert who is familiar with what HiBot USA is doing is impressed.

“I think this could be a real game changer for municipalities across the United States,” said Richard Dasher, an adjunct professor in electrical engineering at Stanford. “This kind of improvement in the actual data that you have is essential to developing the models for how pipes need to be replaced, preferably before they fail.”

Dasher believes that HiBot USA is going to have an impact immediately upon completing work for its first customers, and that the company chose a great target market to commercialize the Japanese parent company’s robots.

“To me, this is a real example of problem-based innovation,” Dasher, who has worked with Kato at Stanford, said. “They saw a big problem they could develop a new innovative solution for. It’s more than just being a new application of robotics technology. This is really a match between what the company has, and has been developing, and a real need.”

To be sure, there’s no guarantee that HiBot USA will have any real impact on the municipal water ecosystem. For one thing, the company has to contend with utilities that are conservative when it comes to change. “I think that inertia is always a big negative factor,” Dasher said. “The utilities have gotten used to a certain amount of inefficiency.”

And HiBot USA also has to figure out how to make money. For now, it hasn’t figured out its business model, but it does plan on providing its technology and analysis to utilities in what amounts to a consulting service.

And what has the company found so far? That there is not a direct link between the age of pipes and their failure rate, Stenstedt said.

In part that’s because there’s a lot of distinctions between the age of pipes and when they were installed. In some eras, the pipes were extra thick because they were cheap, while pipes installed during war years, for example, are usually thinner.

Further, “all leaks are not created equal,” he said, pointing to problems that result from pipes being gouged by backhoes or other heavy equipment. In the past, this type of damage might have been lumped in with age-related problems when making replacement decisions.

There are other factors as well, like overhead bus lines, which could be a factor in corrosion. Stenstedt said it’s not clear that they are, but it’s possible, and something the company’s analysis should be able to determine.

At the same time, soil resistivity, high-voltage subway lines, and steep hills that forced utilities to use lots of lead joints are also variables that will be fed into the data analysis, but which have likely been ignored in the past.

“We’ll feed the data, and let the AI tell us” where the leaks are, he said. “We can’t predict backhoe accidents or earthquakes, but chemical reactions we can predict.”

American Could Dollars Half Robots Save Trillion Utilities Water 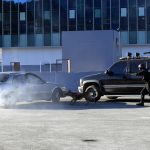 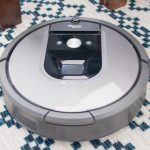 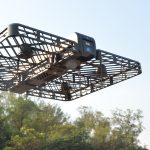 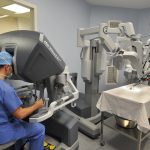 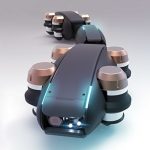 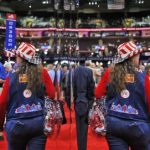 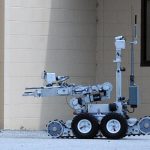 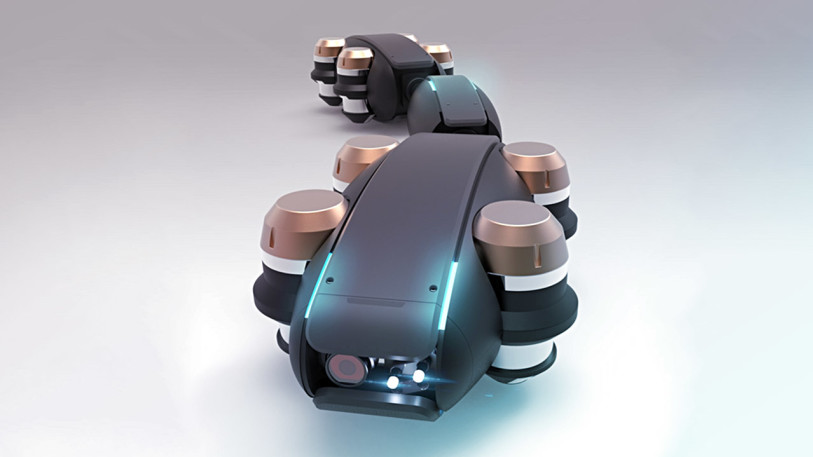