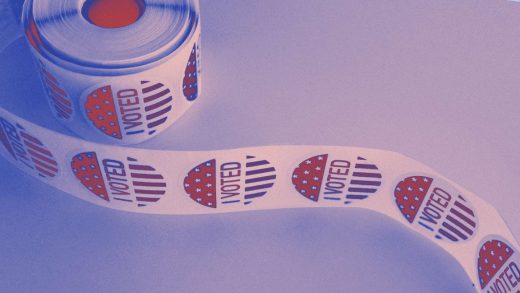 Right up until the polls close for the midterm elections on Tuesday, November 6, your inboxes and Twitter feeds will be filled with last-minute requests to donate money to campaigns. The message, generally: Every dollar counts. But some dollars, according to data firm Civis Analytics, go further than others.

In the lead-up to the midterms, Civis Analytics, which was founded by Dan Wagner, chief analytics officer for Barack Obama’s re-election campaign and is backed by Eric Schmidt, partnered with Crooked Media on its get-out-the-vote initiative. Called Vote Save America (à la Pod Save America, Crooked Media’s progressive podcast vehicle), the platform is a fairly straightforward comprehensive voter guide where people can pledge to vote–so far, 132,000 have done so through the site–and get information on what’s at stake in this election, download annotated ballots, and sign up to volunteer.

But like any voter information platform, pushing for donations is a big part of Vote Save America’s endgame. As a national initiative aimed at Pod Save America‘s audience of over 1.5 million people, it has a wide reach across the country, and as the election has gotten down to the wire, it’s aiming to direct donor dollars toward the races where they’ll have the most impact. Figuring out which races those are is where Civis Analytics comes in.

In late October, Civis Analytics released a list of 20 House races where donations could have the most impact. When it went live on Vote Save America, $1 million donation dollars poured in. In response, Crooked Media asked Civis Analytics to narrow the field down to 10 candidates whose races could be most swayed by last-minute donations. They are:

Crooked Media took the liberty of adding to the list J.D. Scholten of Iowa’s 4th district, which is currently held by Representative Steve King–whose latest bit of white supremacist behavior was endorsing a white nationalist for Toronto mayor–“because fuck that guy,” according to their site.

Figuring out which districts could be most influenced last-minute was, according to Civis’s head of political science David Shor, a multifaceted process. For one thing, Civis, which has conducted weekly political polls of 10,000 people each week over the past year, had to figure out which district races were actually close enough to qualify as a toss-up. The firm uses data modeling to determine how close each of the races are. “If the race isn’t between 2% or 3%, you’re wasting your money,” Shor says. This, for instance, has been a critique levied against Beto O’Rourke’s campaign to become the first Democrat elected to the Senate from Texas since 1988. While O’Rourke has raised over $70 million, many polls still show him trailing the incumbent by a fairly significant margin. To Shor, that doesn’t signal a close-enough margin to be influenced by a last-minute infusion of small-dollar donations.

Even in the final days of the campaign, extra cash can still go a long way. Crooked Media explained how even small donations at the last minute can help candidates: “$15 helps a canvasser to knock on 15 doors in an hour, $25 helps a campaign remind 1,000 people to vote on Facebook, $50 can pay for water and snacks to help 10 volunteers get through a canvassing shift, and $100 can help pay for gas for four volunteers to drive dozens of voters to the polls.”

But Civis’s analysis also factored in how far this money would go in different contexts. “How many votes a dollar will get you varies a lot from district to district,” Shor says. TV advertising costs, for example, vary radically across competitive districts. Lizzie Pannill Fletcher, who’s running outside of Houston, faces much higher costs than Kathleen Williams, who’s running in Montana. But at the same time, funding door-to-door campaigning might get Fletcher farther, because she’s running in a more dense area.

“When we put together all these numbers, we took into account the efficiency of TV buys and their likely impact–were we in a position where the Republican opponent wasn’t saying much, and TV ads would make more of an impact?” Shor says. Civis also took into account relative demographics. Tight districts with a higher proportion of nonwhite or young voters (who are less likely to cast ballots) could benefit GOTV efforts like canvassing and driving people to the polls, whereas more white, older districts are more likely to be influenced by TV ads.

“What’s exciting about this list is that we were able to provide resource allocation guidance to campaigns, along with the donations,” Shor says. And donors itching to help Democratic candidates have a clear sense of how their money might be used to maximum impact.

The momentum generated by the list of most down-to-the-wire campaigns on Vote Save America is certainly monetary: To date, over $1 million has flowed into the campaigns. But it’s also strategic, Shor says. Most Republican candidates–particularly incumbents–spent the bulk of their campaign money on TV buys and social media pushes over the summer, Shor says, assuming they would be shoo-ins come November. “We’re able to rush last-minute money into the Democratic campaigns in these districts, and force Republicans to counter and spend their reserves,” he adds.

And if members of Crooked Media’s Democratic audience see that they live in one of the districts listed on this roundup, they will likely be more inspired to vote, and encourage people to do the same. “There’s a lot of evidence showing that how competitive a district is plays a big role in overall turnout,” Shor says.

Overall, Shor says, the work of identifying where and exactly how last-minute, small-dollar donations could make a real impact contributes to an ongoing shift in the way successful progressive campaigns are run. This year, Democrats have outraised Republicans on the strength of donations less than $200. ActBlue, a crowdfunding platform specifically for Democratic candidates (which is managing donations made in response to the Civis Analytics/Vote Save America list), processed $250 million in small-dollar donations in October alone, and over $1.5 billion this year. The midterm cycle has brought in around 3 million new donors, according to the Washington Post, with an average donation of $40.

This shift, Shor says, has not only made it more possible for unconventional candidates, like the over 1,500 schoolteachers who ran in states where educators walked out in protest over low pay this year, to contend in elections–it’s also made constituents feel more connected to the process, and certainly more able to influence outcomes, even right before the polls open. 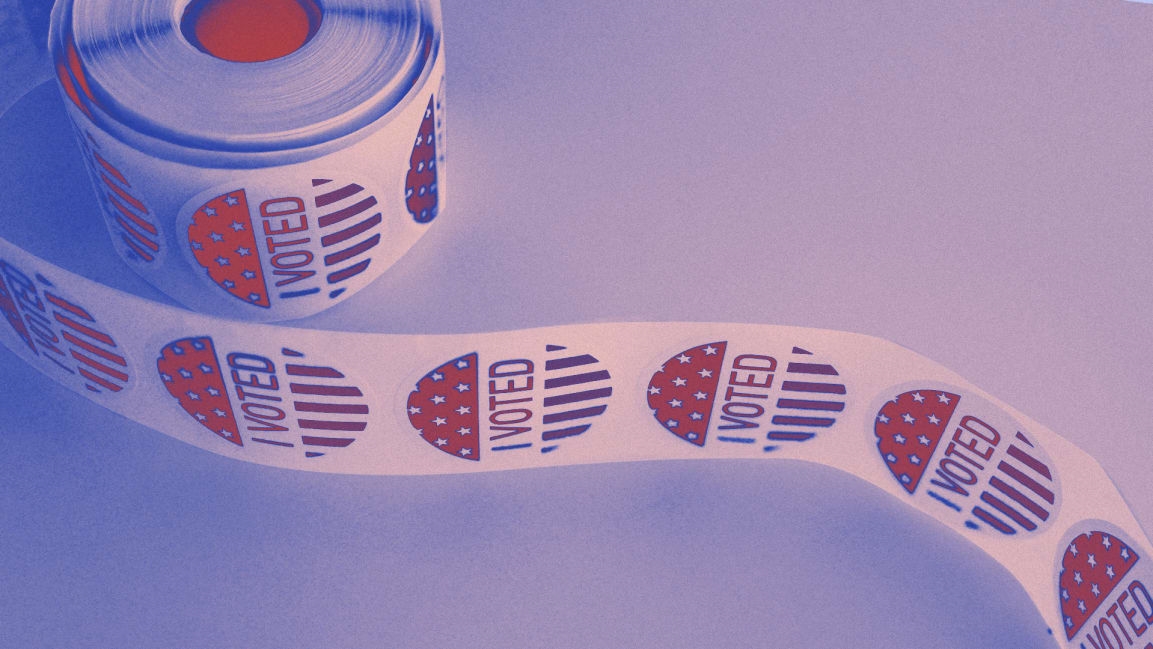