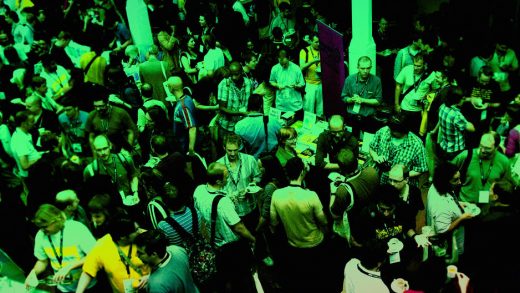 How To Approach A VIP At A Crowded Networking Event

Admit it: You’ve gone to networking events with high expectations and walked away with regrets. It’s not always that the event itself was a bust, either—it’s that you failed to make the potentially powerful connections you’d had a chance to. “Why didn’t I have the chat I wanted to with our senior partners?” you reproach yourself later. “Why did I bomb when I tried to get that VP’s attention?”

Don’t beat yourself up. Next time, do this.

1. Study Up Before You Go

Preparation is key if you want to make a good impression on top people. Start by simply studying the guest list. Write down and memorize the names and titles of the people you’d like to meet. Then do some basic research. Go to their company’s website and see if you can get more information about them. Go to their LinkedIn profile. Google them, and if they’ve given an interview or have a talk posted to YouTube, listen to what they’ve said.

Preparation is key if you want to make a good impression on top people. Start by simply studying the guest list.

A CEO once told me about an event his company had hosted for its business partners. At one point, a guest confidently walked up to him, shook his hand, and said, “You’re the head of this company. You’ve led 20 years of impressive growth, and you’ve done it as an entrepreneur with a degree in English. That’s a fascinating background!” The CEO was impressed. “This guy obviously did his homework,” he later reflected. “He made me feel great, and I was delighted to get to know him better. That strong introduction eventually helped expand our relationship with his company.”

Timing is everything, especially at a crowded networking event when lots of people are vying for VIPs’ attention. If the person you’re trying to connect with is surrounded by a throng of admirers—or even one other person—hold back for a moment. Don’t try to force your way in.

I learned this lesson the hard way. I once saw a CEO I had a good relationship with at a networking event, and even though he was surrounded by a group, I shouted, “Hi, Bill!” and waved to him. I figured he’d break from his conversation because he saw me—but felt pretty embarrassed when he looked in my direction and didn’t reply.

Patience really is a virtue in situations like these. Sometimes you’ll have to wait until the end of the evening or follow the executive on her way out the door. That’s not a bad thing; she’ll feel honored that you cared enough to wait for the opportunity. That’s exactly how I once got to speak to the president of Intel. I followed him and grabbed him for a quick chat on his way out.

This may feel as though you’re putting all your networking eggs in one eleventh-hour basket, though. So one alternative is to join the group, patiently listen to the conversation, build upon what others are saying, and gradually focus on your target executive. This can be a delicate affair, so try to size up who’s in the group monopolizing your VIP’s attention and whether the tenor of the conversation seems casual and welcoming. If it looks like a huddle among close colleagues, it’s probably best to bide your time. If the crowd gradually disperses, or if one person leaves or another steps in, that may be your chance to join, too.

Even after joining the conversation circle, though, it can be challenging to then start a one-on-one chat with a senior leader. You may find yourself fading into the group, or your desire to make an impression may make you seem pushy. I heard of a young woman who arrived late at an event for women professionals that was full of execs. She interrupted their conversation and launched right into her elevator pitch. It backfired.

If you’re making your approach via the group, your top priority is to be a good listener at first. Only then should you start to look for moments in the natural course of conversation to stand out in a respectful way.

Once you have that choice minute or two with your VIP, it’s obviously important not to mess up your pitch. Even in a casual networking event, it’s important to be direct and organized and to speak in the right tone.

If you’re making your approach via the group, your top priority is to be a good listener at first.

Directness isn’t the same as formality, though. It’s more a matter of knowing what point or request you want to make—then making it. Don’t spend too much time on niceties; with executives, time is often precious. Your script might be: “I’m Jill Conway, in IT. I’ve been wanting to talk to you about speaking to our leadership team at our next retreat. You come highly recommended, and I know you’re interested in the role IT plays in the bank.”

You also need to be ready with your proof points. I heard of a young woman who approached a senior executive in a coffee room and asked, “Can I meet with you sometime? I’d like you to be my mentor.” The senior woman said she was fully booked and asked if the younger staffer could tell her why she wanted to have this mentoring relationship. The junior employee hadn’t collected her thoughts, though, and couldn’t answer. That was the end of the discussion—and the opportunity.

Tone is important, too. You have to show respect without being fawning. Keep your voice grounded. A beseeching tone or rapid pace says you’re punching above your pay grade. Show you have a right to speak to this executive—and that he should take you seriously.

Then choose your words carefully. If you approach an executive with “Hey, I’m Nick, it’s great to finally meet you,” you may appear too chummy. Instead, say (with a handshake), “Hello, I’m Nick Yu, I’ve been hoping to have a moment with you.” And a warm but serious expression may work better for you than a big flashy smile.

So study the target, pick your moment, and develop a persuasive script that you can call on when the moment is right. VIPs will always be surrounded by others, but that doesn’t mean it’s hopeless trying to get a word in edgewise—you just have to be ready to. 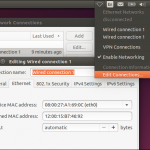 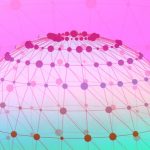 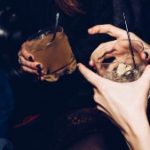 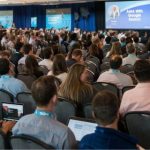 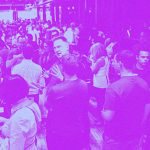 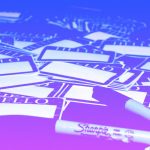 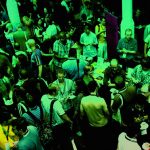 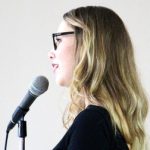 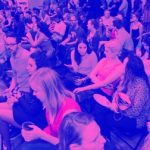 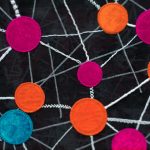 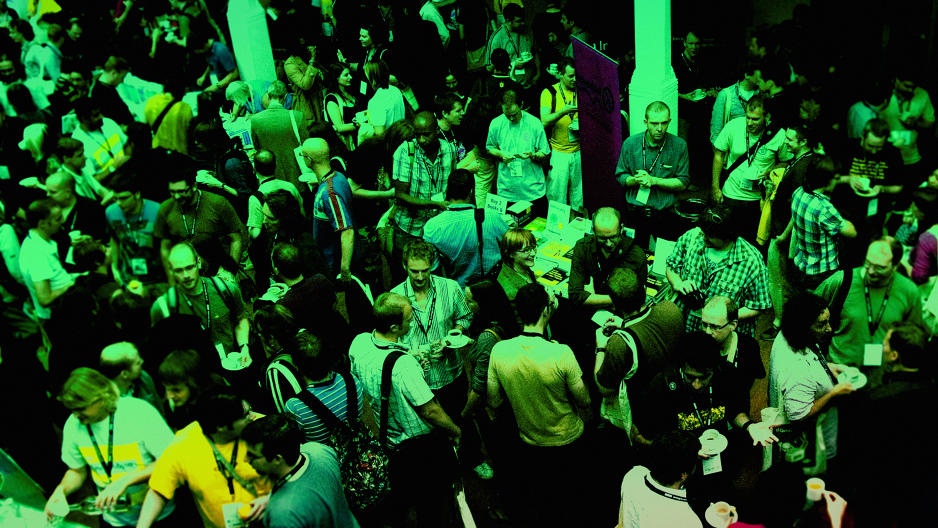