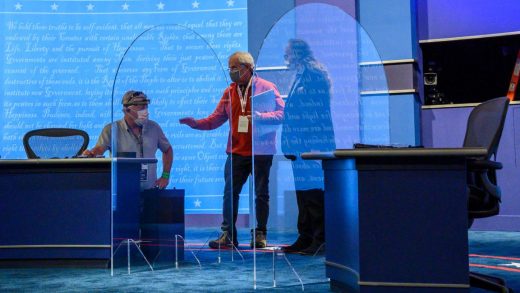 Plexiglass is the acrylic plastic material forming the transparent barriers that have become ubiquitous in the age of the coronavirus. Since the pandemic swept across the country in March, this material has emerged as a silent, see-through hero—recruited in pharmacies, at grocery store checkout counters and drive-through windows, and between tables for outdoor dining.

But how well does it work?

It’s a question that will surely be top of mind as Vice President Mike Pence and Senator Kamala Harris take the stage in Utah tonight for their vice presidential debate, separated by about 12 feet of space and two short-ish plexiglass barriers.

Good morning from inside the site of tonight’s Pence-Harris vice presidential debate. pic.twitter.com/MIKbhO4u8w

The gathering follows President Trump’s hospitalization for COVID-19 just days after his presidential debate with Democratic nominee Joe Biden. Although Biden tested negative for the coronavirus, the close call led debate officials to reconsider the safety precautions at such events—and plexiglass, which was not present at the presidential debate last week, was apparently part of their solution.

So, here’s what you should know about COVID-19 and plexiglass:

Airflow is a key factor in the transmission of COVID-19

Researchers have determined that the coronavirus travels mostly through droplets and aerosols, released when people speak, exhale, cough, or sneeze. Droplets are heavy, and most will hit the ground within six feet of emission, but aerosols are light and can be carried in air over long distances. As more of these accumulate, the number of virus particles in the air increases, upping the risk of becoming infected by it.

In smaller, poorly ventilated rooms, plexiglass may do more bad than good

Clearly, effective ventilation systems are important in preventing the aerosol spread of COVID-19 indoors—but there’s some evidence that plexiglass could impede ventilation. One study on COVID-19 safety measures in performing arts facilities found that plexiglass barriers created situations in which HVAC systems could not properly change the air as designed, causing “dead zones” of aerosol buildup.

The study’s lead scientist, Dr. Shelly Miller, wrote on Twitter, “We do not recommend acrylic room dividers for reducing risk of airborne transmission. At best it does nothing, at worse it changes the airflow patterns in the room and can cause pooling of air, hotspots, and reduced ventilation effectiveness.”

Plexiglass does have its benefits, primarily in blocking the spread of droplets in cases where people cannot stay six feet apart, such as at a checkout counter. It works just like you’d expect—droplets from a person’s nose or mouth would hit the plexiglass before they can hit, say, your face.

And according to Canada’s National Collaborating Centre for Environmental Health, plexiglass barriers can also “reinforce” social distancing guidelines for “unwilling or forgetful” parties.

Plexiglass can offer a false sense of security

But the biggest problem with plexiglass, experts say, is that people think it’s safer than it is and subsequently let their guard down. Plexiglass doesn’t eliminate the need for wearing masks and maintaining airflow and filtration systems but, rather, works best in combination with these other precautions.

The barriers can’t be “a substitute for any of the efforts we know work,” epidemiologist Dr. Saskia Popescu told Politico.

So remember: Stay behind the plexiglass. Stay socially distanced. Keep your mask on. Stay safe. 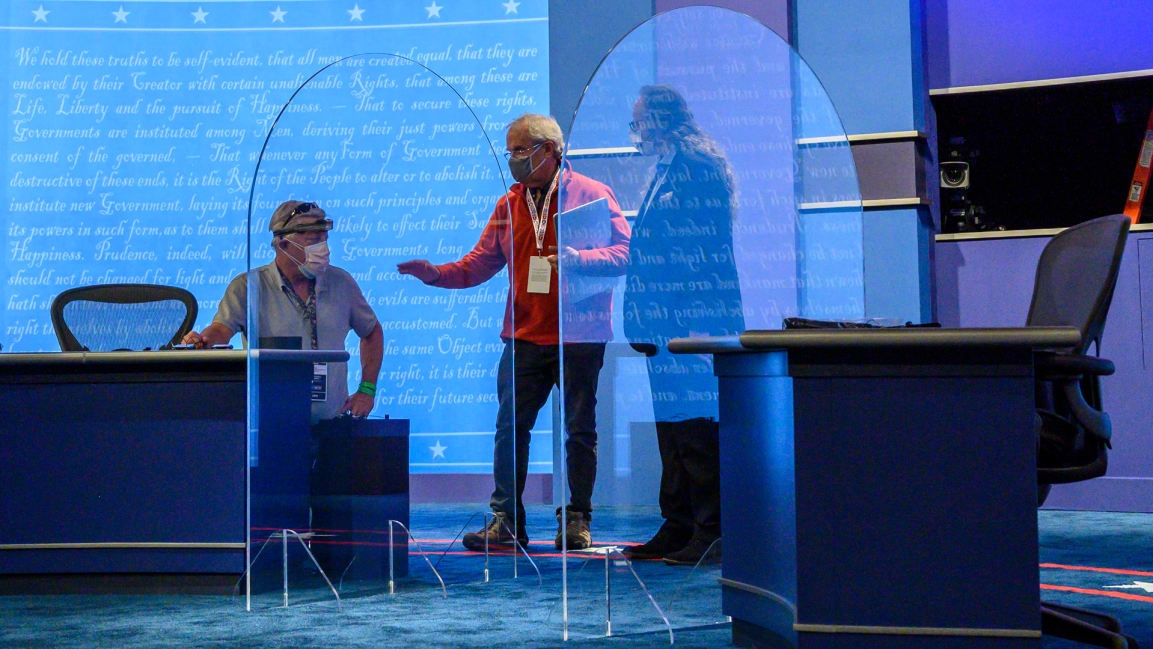