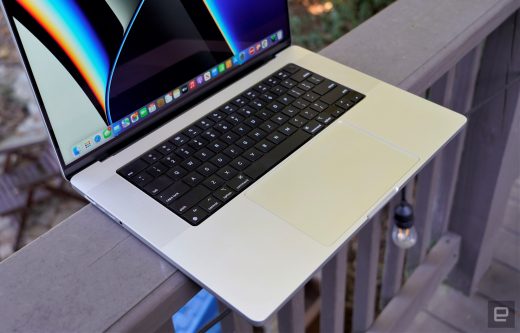 In 2021, Apple addressed past mistakes

The Touch Bar is gone, too.

It’s been five years since Apple released a totally redesigned version of the MacBook Pro, a laptop that opened the company up to years of criticism for everything from its flawed keyboard design and the Touch Bar to its lack of any ports besides USB-C. But, as expected, Apple is giving the MacBook Pro a complete do-over, and it sounds an improvement in several areas.

The laptops come in 14.2- and 16.2-inch models, with increased resolutions over the earlier models. The 14-inch model runs at 3,024 x 1,964 resolution, while the 16-inch models has 3,456 x 2,234 resolution. ProMotion high refresh rate is on board, too, with up to a 120Hz option. But, the laptops also have a camera notch, just like the iPhone, something that was rumored in the lead-up to today’s “Unleashed” press event. The notch is about the size of the menu bar, so while it’s a bit strange it still offers way more screen real estate than before. And, both laptops are using mini LED technology, similar to what’s in the current 12.9-inch iPad Pro.

Naturally, Apple’s latest laptops are using the company’s own custom silicon. This time, it’s the M1 Pro. As the rumors predicted, it’s a 5-nanometer, 10-core chip with eight high-performance cores and two efficiency cores. It’s 70 percent faster than the M1, and has one 16 graphics cores. Apple also announced an M1 Max, which has twice the memory bandwidth as the M1 Pro (400GB/s), and it also has 32 graphics cores. The M1 Max also supports up to 64GB memory, a huge improvement over the 16GB of memory that was supported by the M1.

As for ports, those of us out there who miss the plentiful options on older MacBooks should be pretty happy here. The new MacBook Pro unsurprisingly features three USB-C / Thunderbolt ports, but it also brings back an HDMI socket and SD card slot, two features fans have long been demanding be re-added. There aren’t any USB-A ports here, but the SD card slot and HDMI port should definitely reduce people’s reliance on dongles.

Another old friend from MacBooks past has made a return here. Apple has implemented a new version of its MagSafe connector, which it used on its laptops for years prior to 2016. It’s different from the old connector, so you won’t be able to bust out a charger from years past and expect it to work, unfortunately. That said, you can still charge via USB-C if that’s your jam.

The camera system has been improved here as well, with computational video and a 1080p resolution with an f/2.0 four-element lens. And the 16-inch laptop has a six-speaker system, with tweeters nearly two times larger than before. The keyboard, meanwhile, keeps the redesigned scissor switch mechanism, but the Touch Bar is gone, replaced with a standard function key row.

Battery life for these laptops should be pretty excellent. Apple says that the 14-inch model will run for 17 hours while playing video, while the 16-inch can last up to 21 hours. And they have fast charging, so you can get 50 percent of your battery life refilled in about 30 minutes.

Unsurprisingly, these laptops are also expensive. The 14-inch model starts at $1,999, while the 16-inch version starts at $2,499. Apple is also keeping the old-design 13-inch MacBook Pro with an M1 chip around for those who can’t justify spending two grand or more on their next laptop.

The entry-level $1,999 14-inch configuration comes with the M1 Pro with eight CPU cores, 14 graphics cores, 16GB of RAM, and 512GB of storage. That’s less performance than Apple promised out of the M1 Pro; to get the full 10-core CPU and 16-core graphics, you’ll need to spend $2,499. That price bump also gets you 1TB of storage. 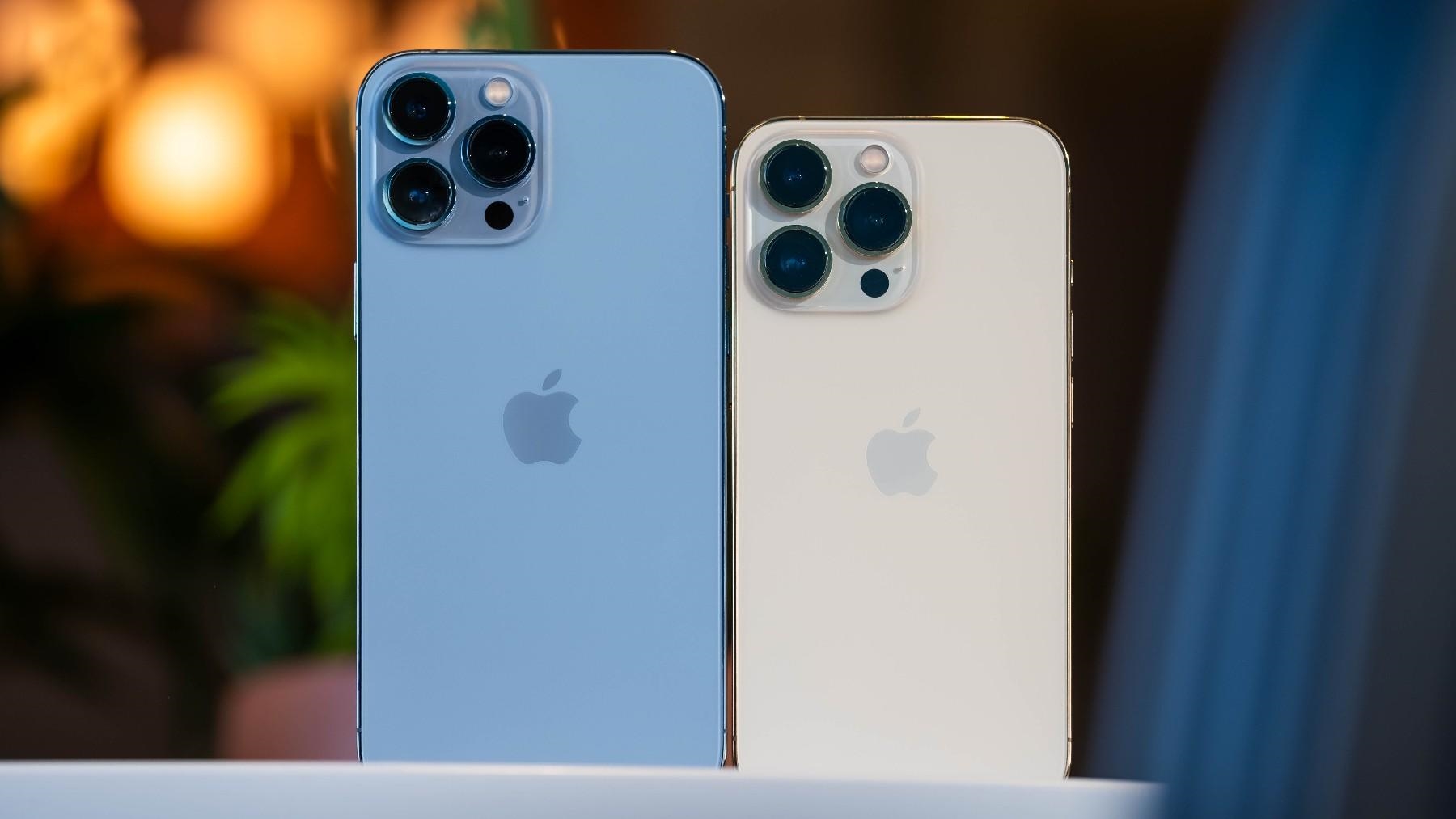 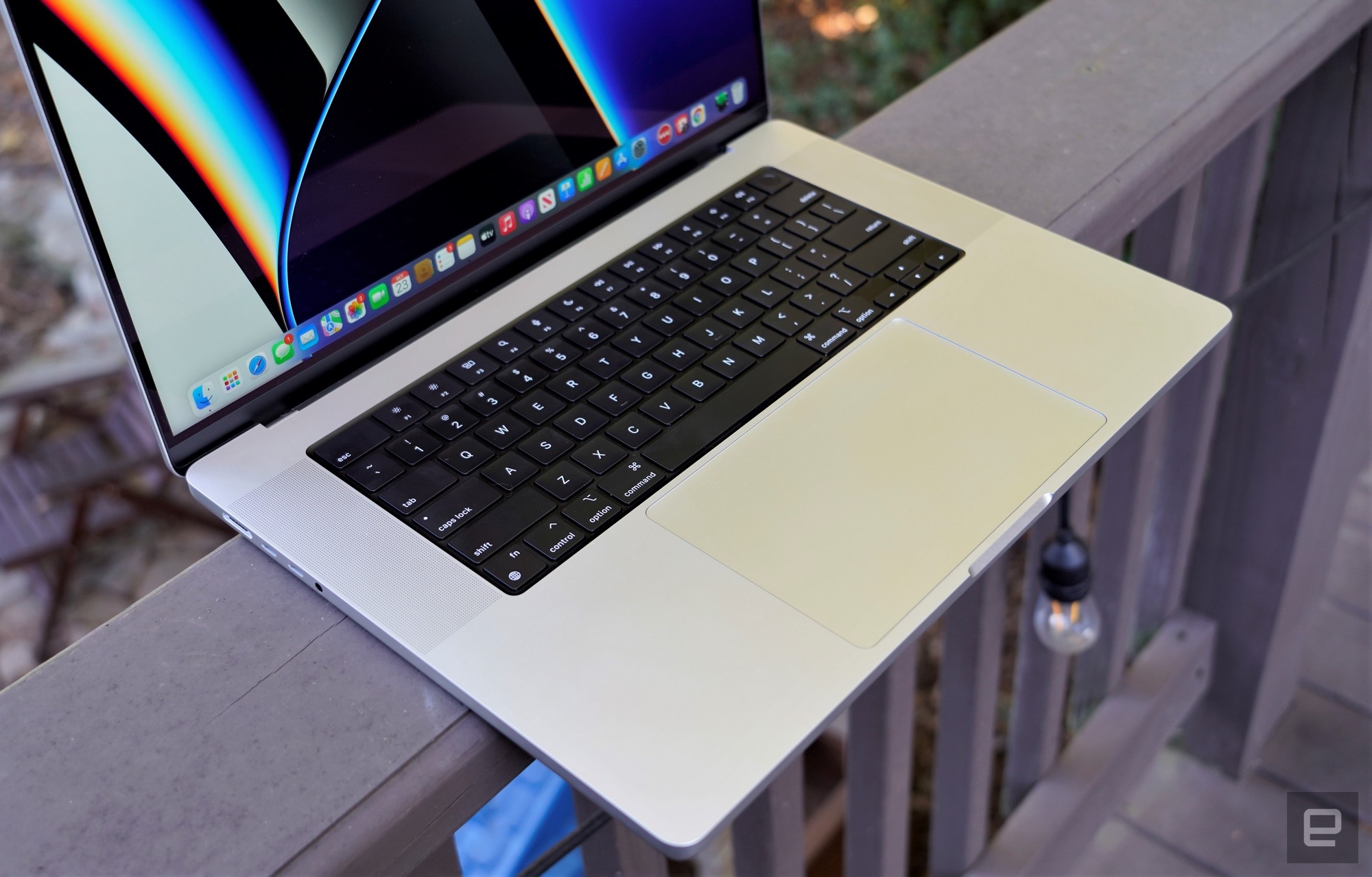