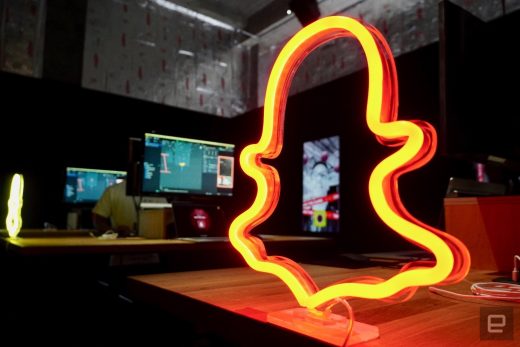 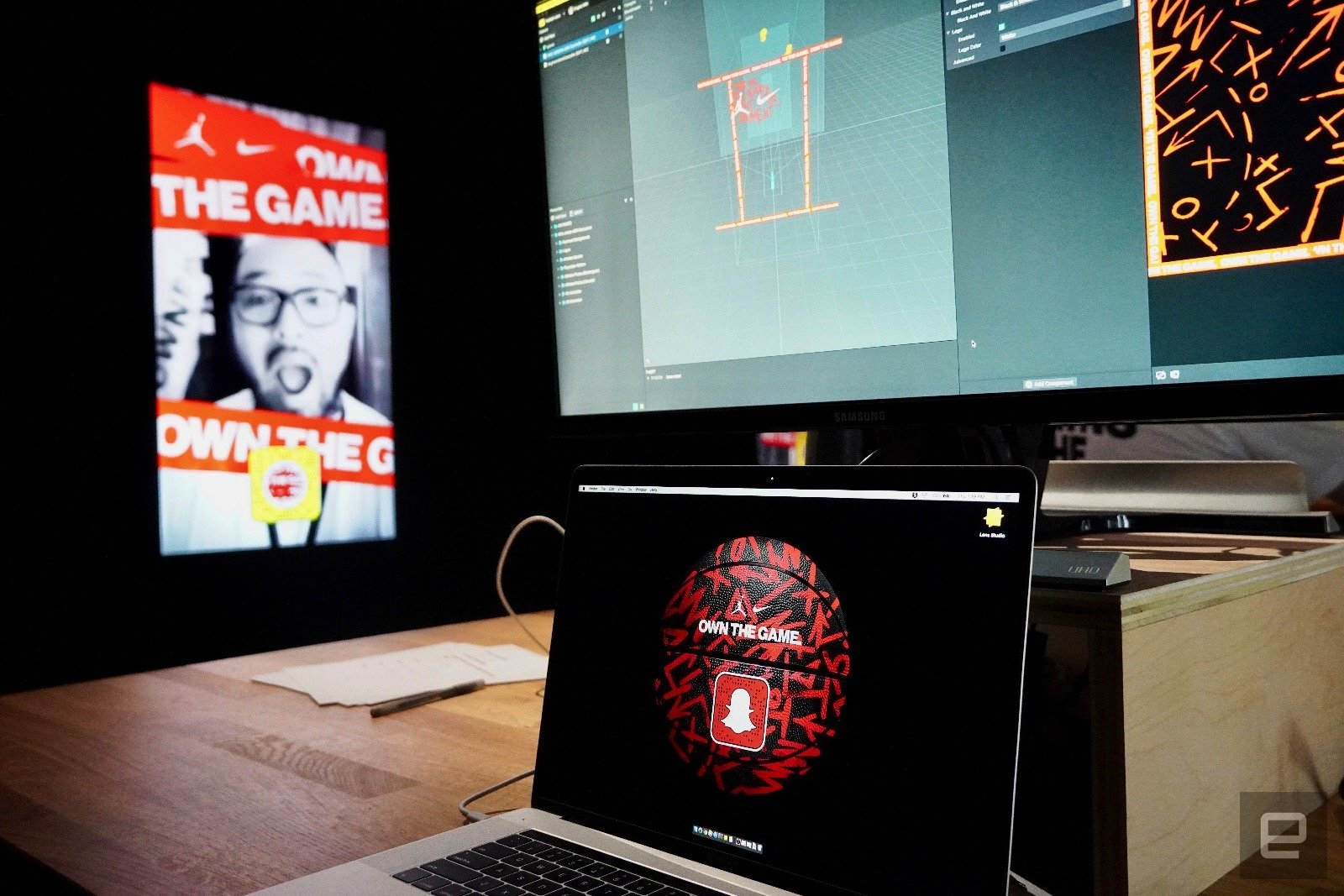 Snapchat’s Lens Studio, which lets anyone create their own augmented reality filters, has been a big hit for the company. There are now more than 300,000 Lenses created by independent users, and those have been viewed over 35 billion times. Still, Snapchat wants Lens Studio to get even bigger, and what better way to help it do that than by teaming up with one of the biggest brands in the world: Nike. At NBA All-Star Weekend 2019 in Charlotte, North Carolina, Nike and Snapchat built a do-it-yourself studio for people to create AR Lenses on the fly.

Shawn Dedeluk, Creative Strategy Lead at Snapchat, told Engadget that the partnership with Nike is about bringing more awareness to Lens Studio and educating consumers on what the app is capable of. “It’s really easy to make augmented reality and that’s our goal at Snapchat,” he said. “We want anybody to be able to do this, whether you have no technical skills or you’re very technically skilled.” While this experience is less about the users and more about marketing, it may still be a good step to let people get more familiar with augmented reality.

It’ll be interesting to see if, down the road, Snap starts doing more of these augmented reality workshops — especially as it looks to keep users on its service. If more people know it’s easy to create a personal augmented reality filter for their selfies, that may just keep them coming back. Dedeluk said Snap will “probably” end up building similar pop-ups in the future, noting that what the company is doing with Nike and Jordan at NBA All-Star Weekend paves the way for what could be done with other brands.

As for Nike, the sportswear giant has been experimenting with AR to sell sneakers for a couple of years, so its interest in the technology shouldn’t come as a surprise. After all, Nike always finds a way to try to generate hype at big sporting events, whether that be the Super Bowl or the NBA’s star-studded mid-season game.

Ever since Snapchat launched its Lens Studio in 2017, it has spent the past 13 months making a major push to grow that platform, and this is the first time it has partnered with another company to showcase its AR-making software. Nike, meanwhile, is using the collaboration as an opportunity to market its star NBA athletes. That means you’ll see elements related to LeBron James, Kyrie Irving, Russell Westbrook, Kevin Durant and others turned into part of augmented reality filters on Snapchat. 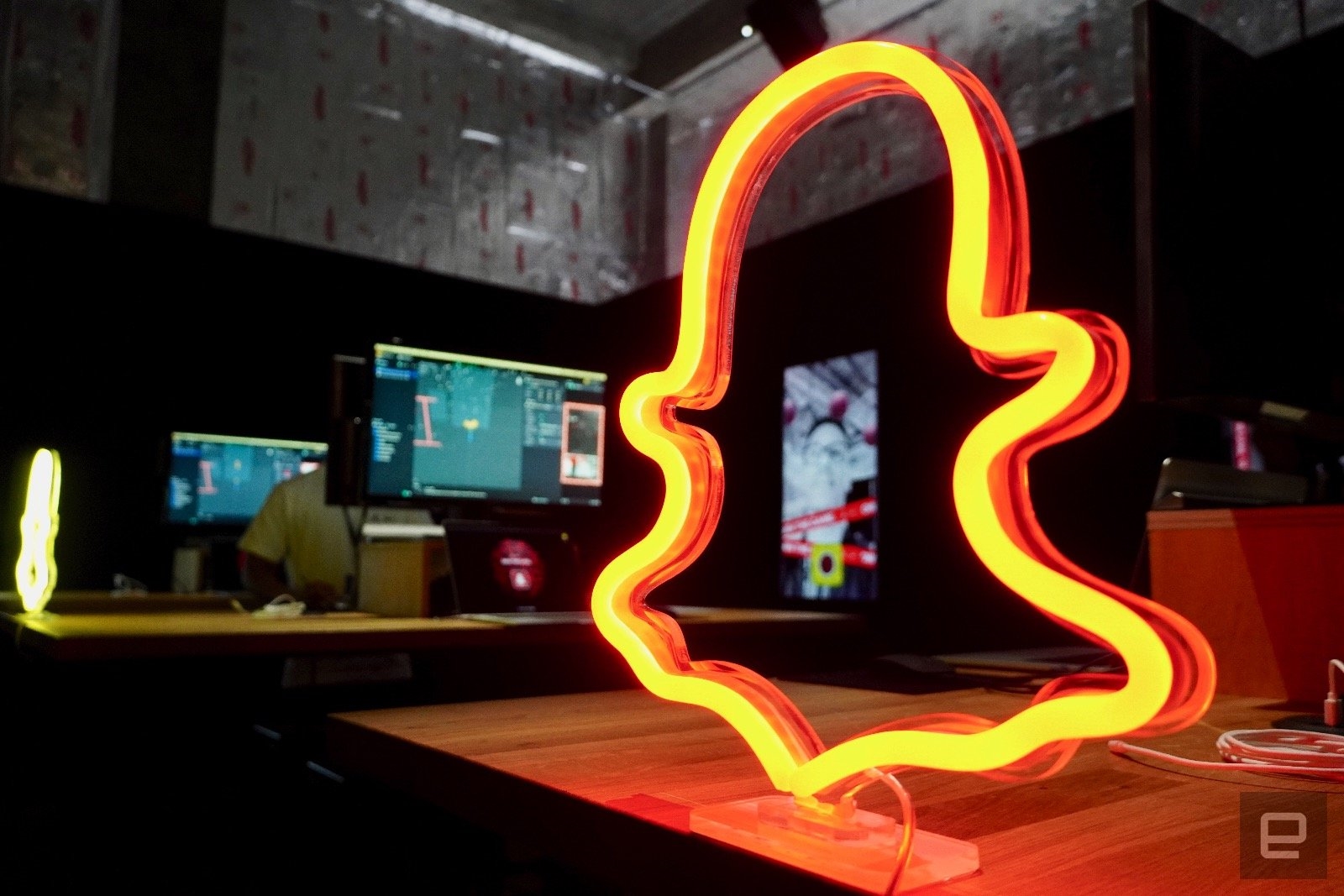 Inside the Snapchat Workshop, which is located at Nike’s Owners HQ pop-up in Charlotte, people can come in choose between four different templates from a custom version of Lens Studio: Sunglasses, Segmentation, Hat and Headband. Once you select one of these, the software populates virtual assets from Nike and Jordan Brand, like an inspirational quote from LeBron James that you put on your AR filter. If you’re not a fan of LeBron, you can put the name of Wesbrook’s signature shoe line (“Why not?”) on your augmented reality glasses, or just pick a Nike headband with confetti.

Depending on how creative you want to get with your NBA- and Nike-themed AR Lenses, the process could take as little as a couple of minutes. After you’ve made your filter, you just have to pair your Snapchat profile to the Lens Studio session, using a Snap code, and then publish it to your account. You can then start sharing it with your friends and the Snapchat community, who may want to use it if they’re like the way it looks. (The one I created is below, in case you’re interested.)

The thing that makes Lens Studio stand out is that you don’t have to know how to code to use it, since Snapchat designed it with both beginners and programmers in mind. And if you do run into any issues at Nike’s Snapchat Workshop, there are Lens experts readily available to guide you through the process. For Snapchat, this is just the latest example of how it views Lens Studio as a key part of its overall business strategy. Just a few months ago, the company brought AR filters to the desktop with the new Snap Camera, which lets people use filters from Lens Studio (as well as Snapchat’s own) on video-chat apps like Skype and Google Hangouts.