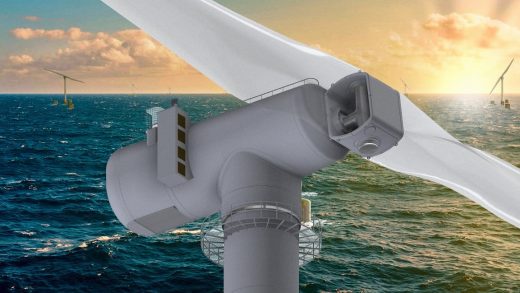 Inspired by helicopter blades, this wind turbine would be 25% cheaper to install and operate

Wind turbines are being reinvented left, right, and center. A Swedish company is developing a floating wind turbine system made up of 126 small turbines spinning in unison. An American designer has created a wind turbine wall that could be used on the side of a highway. And now, a Dutch company is looking at helicopter blade technology to reinvent wind turbines.

Seawind Ocean Technologies has developed a twin-blade wind turbine that is 25% cheaper to install and operate than its conventional three-blade counterpart, yet produces virtually the same amount of energy. Designed to be installed off-shore, where the wind is usually stronger and more prevalent, the first turbine is scheduled to be installed in 2024—bringing to fruition a technology that was developed almost 50 years ago.

Back in 1973, when the world was mired an oil crisis, NASA tasked helicopter pioneer Glidden Doman to develop a scalable wind system. Doman, who later went on to cofound Seawind, came in with a radical idea: to borrow from helicopter rotor dynamics and introduce new wind-turbine technology designed with two blades, and a clever mechanism called a teeter hinge (more on that later). Three such turbines were manufactured, and one was erected for five years on the Mediterranean island of Sardinia, but the program was eventually canceled due to a lack of funding and urgency as oil prices recovered in the ’90s. Other large twin-blade turbines have since been erected, but all of them have failed because of one thing: the lack of teetering.

Let’s back up a little. The goal of a wind turbine is pretty simple: to harness as much wind as possible so it can generate as much electricity as possible. To do that, turbines have to follow the direction of the wind, and adjust their exposure to cope with different wind speeds. When the wind gets too strong, as it does in deep waters, the blades of a conventional wind turbine end up spinning around their axis, to flatten themselves and reduce the stress on the blade and the turbine.

By contrast, Seawind’s system rotates the so-called turbine head, a bit like a sunflower turns its head to face the sun. A simple hinge system helps the rotor inside the head oscillate, or teeter, a few degrees. “The rotor is like a sail you need to adjust because the wind is not a constant animal, it goes up and down,” says Vincent Dewulf, the CEO of Seawind. (A radar at the top helps measure wind speeds and direct the rotation accordingly.)

All of this helps eliminate the need for the blade pitch mechanism, which is complex, costly, and one of the main sources of failure in conventional turbines. That’s why, Dewulf says, Seawind can produce energy at a cost that is 25% lower than other turbines—all the while producing the same amount of electricity as a three-bladed turbine with a similar diameter. To compensate for the lower number of blades, Dewulf says the length of the blades is increased by 5 meters, or just over 16 feet. “A bird with three wings would go further, so we need to have longer wings,” says Dewulf.

The Seawind twin-blade system comes with many advantages. The blades can rotate faster because there’s less air resistance. One fewer blade makes it cheaper and easier to install. Coupled with a mechanism that relies on fewer moving parts, simpler mechanisms, and even off-the-shelf components, this means the turbines will be easier to maintain, too. “Once you operate off shore, the last thing you want is to visit your turbine,” says Dewulf, noting that checkups should only be needed once a year.

So far, Seawind has raised €2.8 million for the first turbine, though Dewulf says the company is in the process of raising another €55 million to fund all certifications, simulations, and the construction of the turbine itself.

Maybe now, almost 50 years after the technology was first invented, the helicopter-inspired wind turbines can finally see the light of day. 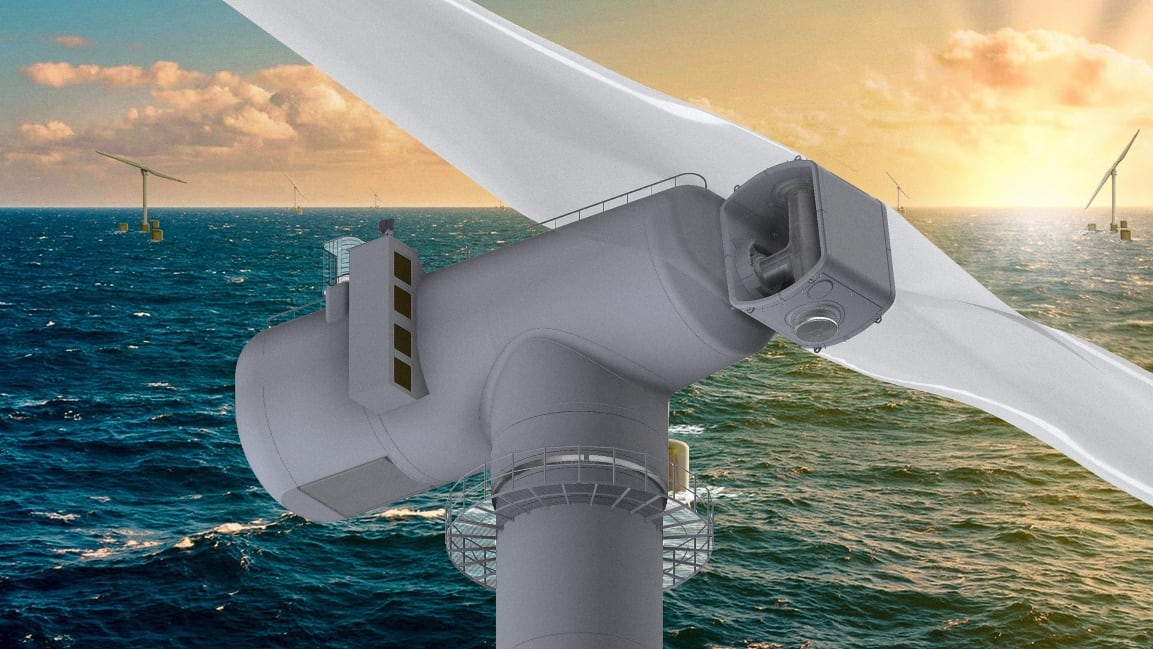