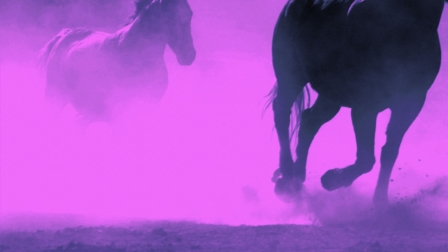 For the first time since 2014, there were more VC-backed billion-dollar company exits than there were new private VC-backed companies valued at over $1 billion entering the market. In other words, more of those $1 billion-plus unicorns exited than entered the tech industry during the first half of the year.

This may be in part due to unicorn activity in 2015, which saw far more companies reaching billion-dollar valuations than it witnessed successful exits at that value.

Sixty-one percent of companies that exited in the first half of the year had raised less than $10 million, and only 5% raised more than $100 million.

According to CB Insights’ Global Tech Exits Report for the first half of 2016, there were 1,590 tech company exits between January and June, including mergers, acquisitions, and initial public offerings (IPOs), representing a 17% drop compared with the first half of 2015. Although the percentage of decrease is small, these startup and early-stage companies impact the global economy by driving employment, wage growth, and productivity.

Exits for tech companies grew in the second quarter of 2016, but still lag far behind the surge of exits that took place the previous year. This finding is consistent with an earlier study conducted by CB Insights in partnership with KPMG International, which suggested a slowdown in VC funding.

After a sharp decline in the second half of 2015, however, the number of tech company exits are again trending upward, but still pale in comparison to the 2015 peak.

“It’s a challenging time for VC investors,” Brian Hughes, a partner for KPMG in the U.S., told Fast Company when the previous study was published in July. “Many investors are holding back to see how these uncertainties shake out, while others are focusing on companies they see as having a solid foundation and growth plan—like Uber, Snapchat, and Didi Chuxing,” he said.

During the same period Intel Capital led all corporate venture capital arms in exit activity, including Nexmo, iControl Networks, and Rocketick. Trailing close behind in exit activity was Google Ventures, whose CEO stepped down recently, followed by Salesforce.

The flurry of acquisitions from major tech giants is in part due to a recent surge in interest into the artificial intelligence sector, which, according to CB insights, has become a hot commodity for organizations like Google, SalesForce, and IBM. In fact, M&A activity in the sector is up sevenfold since 2011.

The United States still leads the world in tech company exits, followed by the U.K., India, Canada, and Germany. Internet-focused tech companies dominated this year’s exits in the U.S. so far, accounting for 59% of all exits, followed by mobile technology with 15%, non-internet software, computer and hardware services with 11%, and non-internet/mobile software with 10%.

In fact, all of the top five countries in the tech exit rankings by CB Insights have seen its exit activity dominated by the internet sector, with the mobile sector accounting for more than 22% of Canada’s and India’s tech exits in the first half of the year. However, mobile exits have been trending downward internationally, reaching a five-quarter low in the second half of 2016.

This may be due in part to the fact that app downloads are in decline, dropping 11% between February 2015 and February 2016. The typical smartphone user now spends about 88% of their app time using just five applications, according to marketing technology company Fiksu.

Unsurprisingly, California led the way as the state with the most tech industry exits in the first half of 2016, following by New York, Texas, Massachusetts, and Florida.