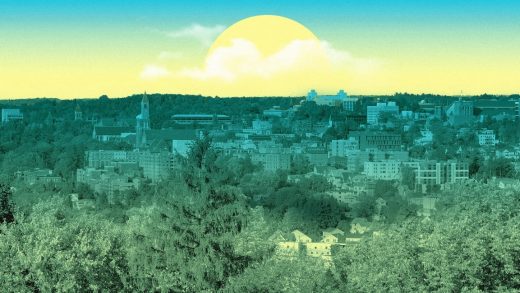 Ithaca says it will decarbonize every building in the city. Here’s how

Two years ago, when the small city of Ithaca, New York, set a goal to become carbon neutral by 2030 it was as much symbolic as practical—the government didn’t have a firm path to make it actually happen. But the city just took an aggressive early step: It plans to decarbonize every building in the city through a program designed to find a new way to pay for retrofitting and electrifying old homes and businesses.

Some changes were already happening on a small scale—a few homeowners have already swapped gas furnaces for electric heat pumps, for example. But transforming the whole city by 2030 requires every homeowner making those choices, and that means finding ways to help them pay for it. “There were a number of companies working on it, and all of these companies were doing, like, three buildings a year, ten buildings, if they’re lucky,” says Luis Aguirre-Torres, who started working as the city’s sustainability director this spring. “A lot of them relied very heavily on New York State incentives. And that was just impossible to scale.”

The local electric grid is already around 80% carbon-free, and the city plans to expand rooftop solar power to cover the rest. So when buildings shift from appliances that run on gas—which has a significant carbon footprint—to electricity, it makes a major difference in emissions. (Buildings are responsible for around 40% of the city’s carbon footprint; transportation, the next piece that the city will tackle, makes up another 40%.) Retrofitting the city’s old building stock also matters. But many homeowners can’t afford to buy a new induction stove or pay for major energy-efficiency upgrades.

Aguirre-Torres started plotting how a combination of approaches could make changes possible en masse. First, if a large group of buildings changes simultaneously, there are economies of scale. The city’s implementation partner, the Brooklyn-based startup BlocPower, is already negotiating with retailers like Home Depot for discounts. If heat pumps come from a single supplier, an order of hundreds or thousands can also get large discounts. Having a large program means that training and apprenticeships can exist to add labor, and the program can negotiate for discounts from contractors. State and federal incentives and rebates can bring down the capital cost more. Aguirre-Torres also started talking with investors to fund low-interest loans.

The city has lined up $100 million in private equity for the program so far. With many buildings, owners will save so much on energy costs after making changes that those savings can pay for the cost of the loan payments. The city is also trying to negotiate a special rate with the local utility for people who participate in the program. “If we were able to do that, then the numbers will work for everybody,” Aguirre-Torres says. A new fund is also raising money from donors to support the program, so that each loan, likely lasting 10 to 15 years, can have a 0% interest rate.

For investors, he says, it’s an attractive investment. If low-to-moderate income residents are unable to make a loan payment, a loan-loss reserve through the New York State Energy Research and Development Authority will help cover the cost. New building codes will require building owners to make retrofits, so there’s a guarantee that the program will move forward quickly. “Next year, we’re going to have a building performance standard code that basically is going to demand a phased reduction of CO2 emissions from energy use in buildings, making it impossible for anybody not to eventually retrofit and electrify everything that they have,” he says. “So that gives some certainty that the market is going to be there.”

There are still challenges to resolve. When buildings are retrofitted, for example, the value will rise, so Aguirre-Torres is working to find ways to protect low-income homeowners from an increase in property taxes. The electric grid will need some upgrades as electricity demand grows. To his knowledge, no other city is working to transform old buildings this quickly. There’s no model, yet, for how it can work, but Ithaca hopes to prove that it can. “It’s the electric city of the future,” Aguirre-Torres says. “That’s what we’re building here.” 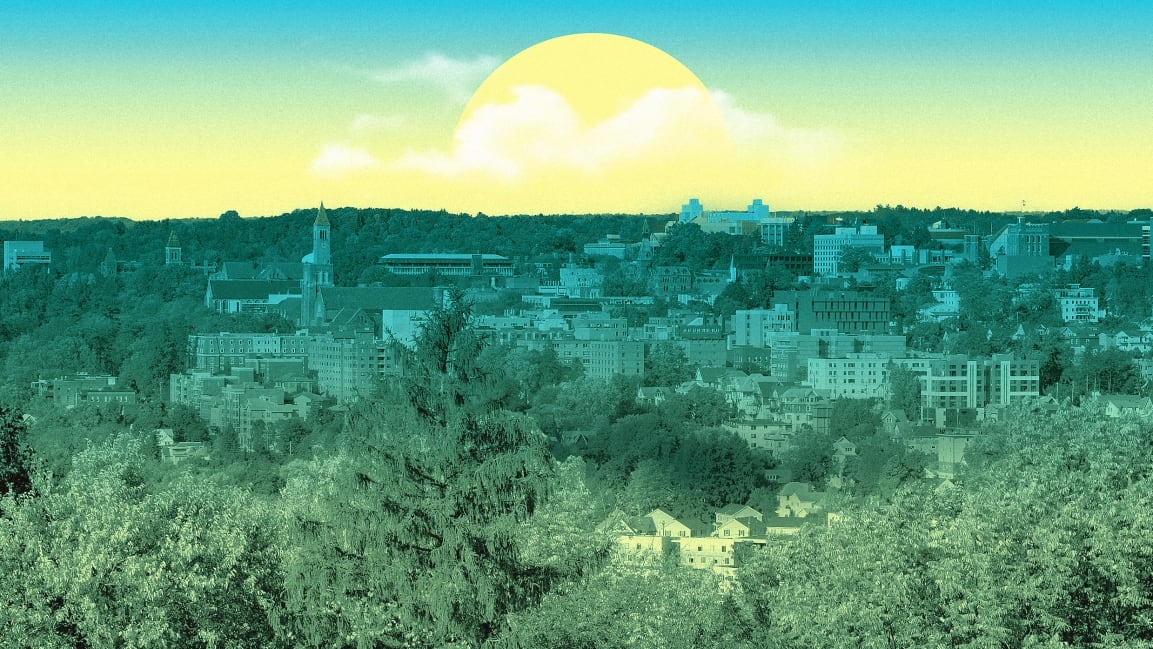