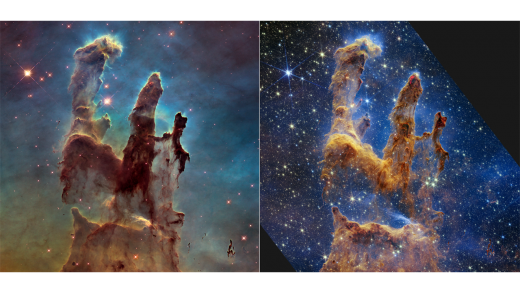 The image provides a much better look at newborn stars.

The James Webb Space Telescope’s sightseeing tour just provided a fresh look at one of the most recognizable interstellar objects. Researchers have captured their most detailed image yet of the Pillars of Creation, a star-forming nursery in the Eagle Nebula roughly 6,500 light-years away. The near-infrared picture shows even more detail than Hubble’s 2014 snapshot, with an abundance of stars (particularly newborns) in view — there isn’t even a galaxy within sight.

The new stars are the bright red points of light in the scene and are estimated to be ‘just’ a few hundred thousand years old. The red glow of the pillars, not to mention the wavy lines at some edges, are the result of jets and bow shocks that energize hydrogen and push it outward. You don’t see galaxies as the gas and dust of the Milky Way’s interstellar medium blocks more distant objects in such a dense area.

Hubble first imaged the Pillars of Creation in 1995 (see below), but the technology at the time revealed only a fraction of the stars in the region. The 2014 re-do provided considerably more detail, but the visible light snapshot still left the pillars relatively opaque and hid some of the forming stars. The James Webb observation is, in essence, a more complete representation of the nursery’s activity.

This enhanced capture isn’t just meant for show. Scientists hope to revise their star formation models thanks to Webb’s more accurate data for stars, gas and dust. That could improve humanity’s understanding of early star life and, in turn, the universe at large. 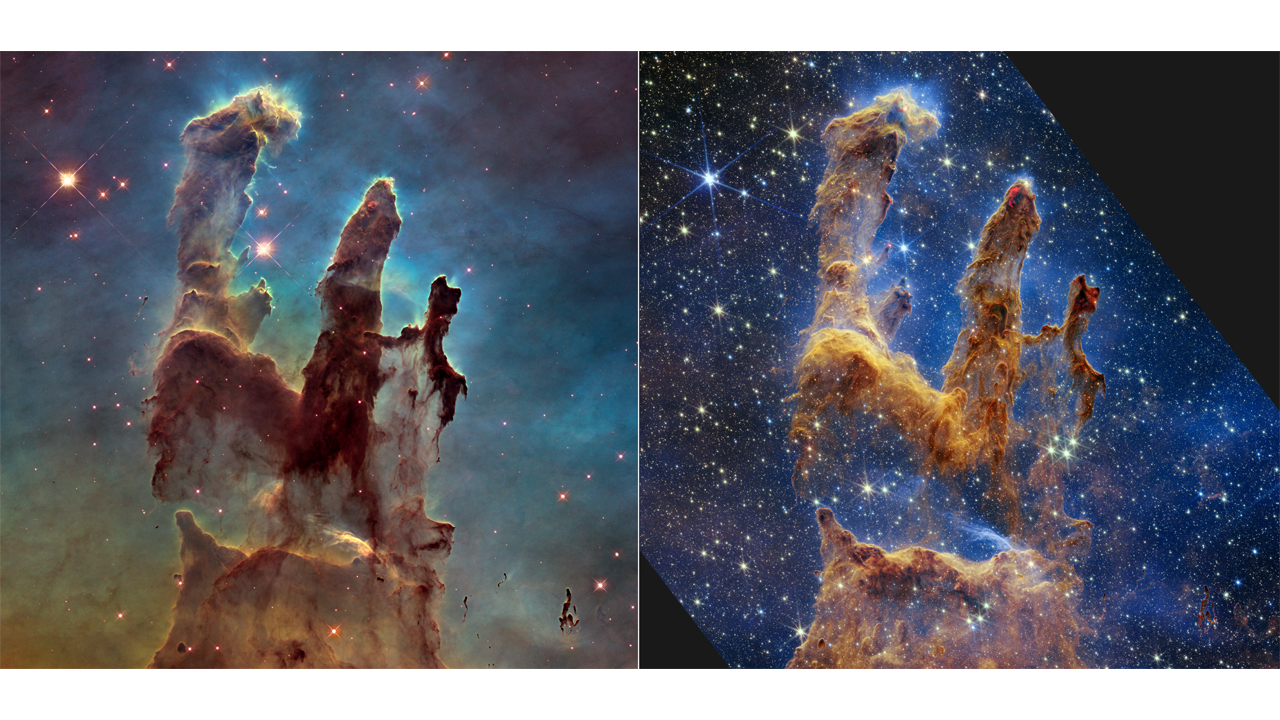