Kenshoo and Oath (formerly Yahoo) have worked together for years, but in February the two companies announced a new integration aimed at helping marketers manage native advertising campaigns in addition to their search campaigns through Yahoo Gemini.

“One thing we said we would do in 2018 is invest in new ad formats,” said Courtney McKlveen, head of U.S. field sales at Oath. “We’re also really invested in mobile and video.” Her statement referred to the rollout of a new ad format in Europe announced at Mobile World Congress — the same ad unit that the company released in the United States late last year.

The latest global expansion into augmented reality, native, social, and utility ad units will see the

The AR ad unit was designed by Oath’s content arm Ryot, and powered by Yahoo Gemini. Marketers can embed the AR ad unit in Oath content, Yahoo Mail, and other platforms.

Oath’s marketplace offers search and native advertising from one platform to drive about 60 billion ad impressions and one billion global users. An Oath study suggests that 73% of search marketers say their role is evolving toward managing more ad formats beyond just traditional search, which could include native and social media.

In a recent internal study at Oath, McKlveen said the top five search tactics marketers said they would invest in were search retargeting, search advertising, search-based native ads, product listings, and remarketing. The study also included data on how the role of search marketers continue to change. Nearly 25% said they are incorporating targeting tactics. They also have begun to use search data to do other things, such as influence other types of media targeting such as native.

One of the ad units that has seen success, per McKlveen, Sponsored Moments continues to grow to support marketers wanting an engaging advertising unit for mobile apps. Tourism Australia used the carousal ad format to drive people to its website and book a trip. The multiple pictures worked well to drive engagement, she said. It’s a natural fit for travel.

Oath, owned by Verizon, also has begun to integrate in-store, point-of-sale retail data into online ad targeting through the mounds of data signals available to the companies. The first step is to identify the activities and build out device graphs based on data. The next step is to understand how online data influences in-store purchases. The project began in June. 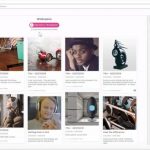 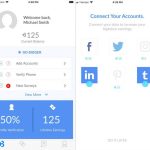 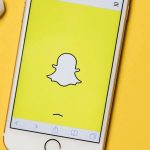 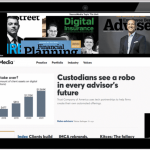 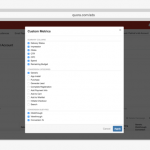 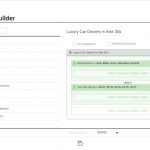