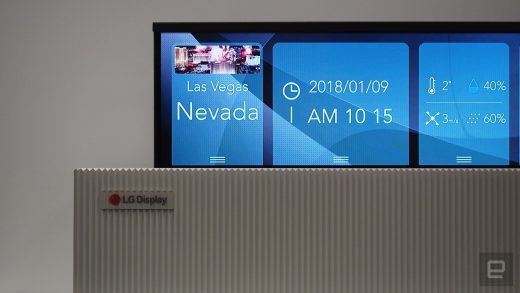 LG Display showcased its very first rollable OLED screen a few years ago at CES, but it was clearly in the prototype stage: Guy with white gloves, no touching, et cetera, et cetera. Exciting, sure, but also distant. Now, the world’s first rollable 65-inch 4K OLED display offers a more realistic (yet still kinda crazy) use for OLED tech that’s flexible — something that we’ll probably see in a few premium TVs over the next few years.

Now, 65 inches isn’t the biggest TV at CES, or even at LG Display’s showroom. (In fact we got to stare lovingly at a monstrous 88-inch 8K OLED in the same room.) It is, however, the only one that can roll itself into a box a fraction of the size.

Like smartphones released over the last few years, the bigger our TVs get, the more unwieldy they become: Many of these huge screens are a hassle to install / get delivered / move. Rollable OLEDs are one way to keep our screens huge and our door frames intact. 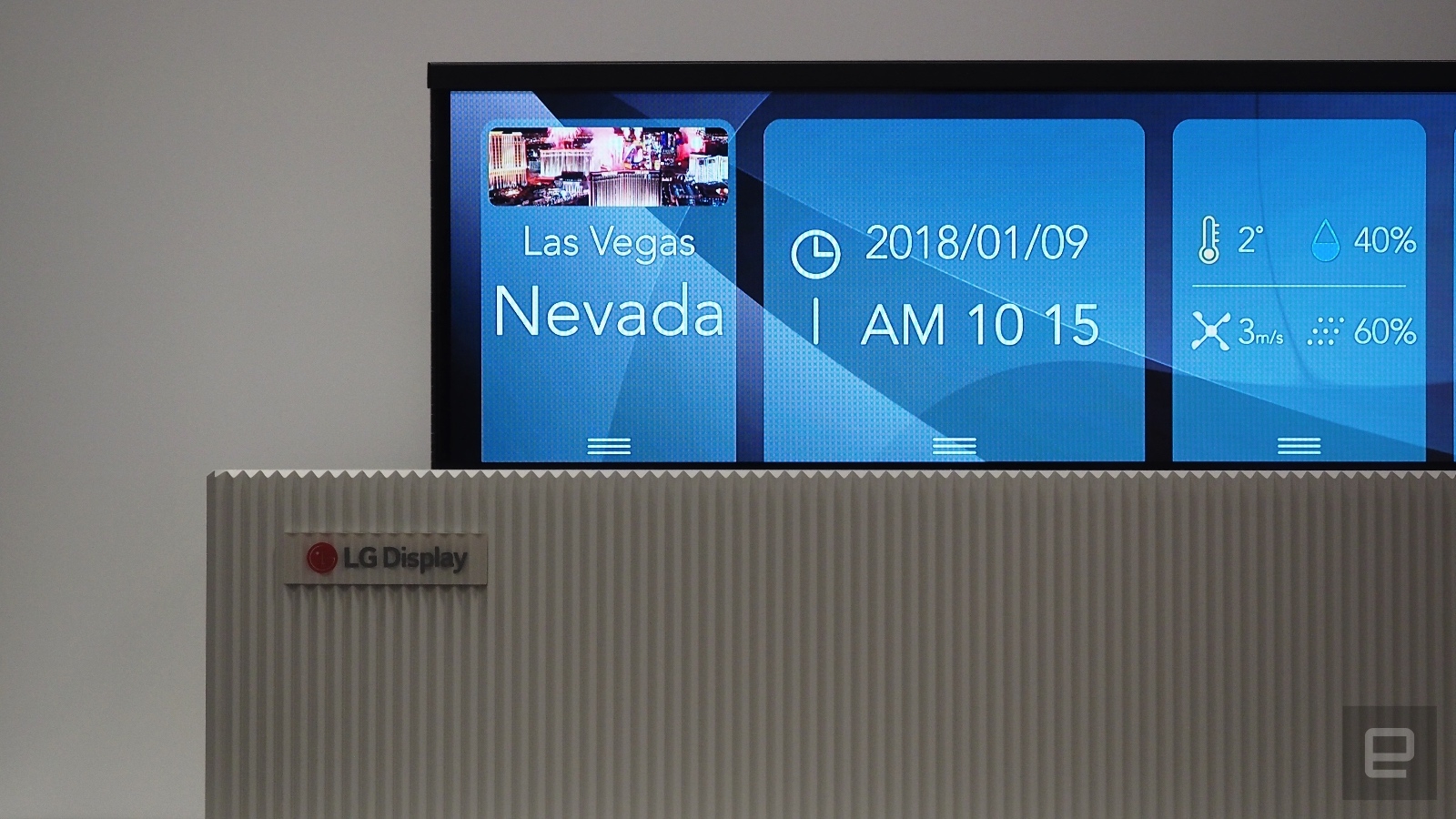 To be clear, it’s still a prototype, but LG Display explained that this particular tech demo is closer to real consumer devices than the aforementioned 88-inch 8K OLED.

Even at this prototype stage, LG’s screen subsidiary showcased multiple modes for the rollable. Beside the typical, full 65-inch screen, it has a more cinematic 21:9 ratio option and a slender notification panel that can house weather info and act as a music player when you don’t need the screen up front and center. Naturally, there’s the viewing angle benefits, deep blacks and a rich color gamut. Basically, it’s business as usual as far as OLED quality goes. Once unfurled and upright, you wouldn’t think this was any different to LG’s on-sale OLED TVs. LG Display’s spokesperson controlled the movement of the screen with a remote, and OLED display gently rose and fell.

It wasn’t quick, but it wasn’t laboriously slow either. And, while it’s still in demo stages, the mechanism that rolls out the screen doesn’t seem to generate any significant amount of whirring or noise, either.

Getting to this size from the smaller prototype shown in 2015 meant ensuring the screen itself was hardier and tougher, while still maintaining the flexibility needed to roll up. There’s a lot more tension acted on the screen as you add inches to its size, so the company had to figure out ways to strengthen the slender layers that make up an OLED screen. This new disappearing screen is the fruit of that labor.