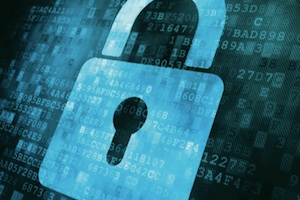 LightCyber, a cybersecurity company that specializes in detecting hackers once they’ve breached the outer defenses of a data network, announced today it raised $ 20 million in a Series B financing round.

LightCyber, founded in 2012, aims to prevent malicious outsiders from lurking inside a network for months after silently slipping through a company’s perimeter defenses, such as firewalls. Once inside, hackers can further infiltrate a network, gaining more power to capture sensitive data, steal money, and do other harm.

The startup says it monitors users and “endpoints” such as mobile devices as part of its overall surveillance of a client’s network. The company is headquartered in Ramat Gan, Israel, and established a U.S. headquarters in Los Altos, CA, in 2015.

Detection of ongoing cyberattacks is one of the specialties developing in the highly diversified field of data security. Other threat detection startups include Boston-based Cybereason, also founded in 2012; and San Antonio, TX-based Infocyte, founded in 2014.

The new capital, which brings LightCyber’s total fundraising to $ 32 million, will be deployed to intensify sales and marketing efforts to support a global expansion, the company says.