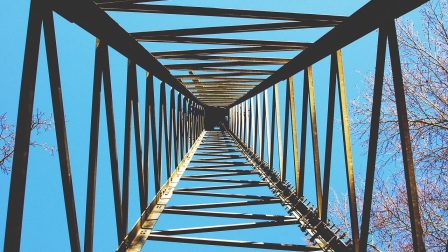 Look at the night sky on a camping trip and the stars are everywhere. Look from a city full of lights and you barely see any. The disappointment is similar when you go from a Wi-Fi network in isolation to one crowded with dozens, maybe hundreds, of other users. The problem, in both cases, is interference: signals crashing into each other. Adding more Wi-Fi access points, or APs, to extend the coverage area can cause more collisions, since they are all fighting over the same limited spectrum.

Now MIT researchers say they’ve found a fix: getting APs to anticipate how they will collide and tweak the signals to undo the damage. In today’s world of busy Wi-Fi networks, the way to avoid a crash is to take turns, like cars meeting at a four-way stop sign.

“If you’re the only person, you get to send [data] all the time,” says Hariharan Rahul, a visiting researcher at MIT’s Computer Science and Artificial Intelligence Lab. “If there are two people you get to send … about half the time. As there are more and more people, you get less and less opportunities to send.”

Rahul worked with two PhD students and professor Dina Katabi on a new solution: Instead of avoiding collisions, take advantage of them.

Now get ready for the jargon salad. The technology MIT developed is named MegaMIMO 2.0. (It’s an extension of a technology called MIMO that coordinates multiple antennas inside a single AP.) It was outlined this week in a paper called “Real-time Distributed MIMO Systems” at the Computing Machinery’s Special Interest Group on Data Communications conference in Brazil.

To understand what happens when radio waves collide, go back to your high school lessons that show them as undulating lines with peaks and valleys. If two of these lines overlap perfectly, peak-to-peak and valley-to-valley, they boost each other. If they line up peak-to-valley, they cancel each other out. Usually, they are at some point in between the two extremes, each warping the other. The MIT team’s ah-ha moment: If they could anticipate how waves would overlap, they could tweak the signals ahead of time to counteract the warping. “Now when these modified signals come through the air, they are still going to collide with each other,” says Rahul. “But after the collision, the signal is now what you want.”

Easier said than done. In fact, the process requires continuous measurement of the wireless network as it’s disturbed by things like connected laptops and phones moving around or people walking by. It also requires keeping all the access points in communication to coordinate signal-tweaking efforts. That rapidly eats up bandwidth until none is left. “If you are coordinating 16 APs, you would essentially spend all your time exchanging information and never actually have any time to send the data,” says Rahul. That’s hardly a way to boost performance.

The first fix was relatively simple: Have the access points coordinate over the wired network they are all plugged into anyway. That’s also a limitation. Two separate networks, like yours and your neighbor’s, can’t coordinate efforts. MIT’s tech is limited to a single network that has a lot of access points near each other, like at a convention center.

Then there’s the challenge of constantly monitoring changes in the network. Sending out enough measurement signals would be overwhelming since it has to account for every combination of devices. Three access points and three laptops would require nine links, four of each would require 16, etc.

The MIT team realized they didn’t need to send more signals; they could measure the “uplink” signals that devices like laptops and phones were already sending to the access points. Even when they aren’t uploading something like an email or a Snapchat photo, devices still chitchat with the wireless network to keep track of things, like confirming that an episode of Orange Is the New Black is streaming to a laptop without interruption.

“We can use those transmissions to infer … what the downlink channel will be,” says Rahul. So they tested the system in a conference room with four access points and four laptops—the latter wandering about on Roombas. The benefits rapidly grow with the number of APs. MegaMIMO 2.0 almost completely reverses the loss from APs having to divvy up bandwidth, say the researchers. Two coordinated APs get almost double the bandwidth that two uncoordinated access points would. MIT’s four-AP tests got about a 3.3x improvement. The boost would continue with more APs. “We are nowhere near pushing the limits of that,” says Rahul. He estimates the tech can scale to several dozen access points.

“I think they could be on to something,” says Sriram Venkiteswaran, director of product management at Mojo Networks, which provides cloud-managed Wi-Fi networks for schools and businesses. Venkiteswaran and Mojo have no connection to the MIT team, and we asked him to review the paper for an outside opinion.

MIT’s press release about the paper mentions that the technology could improve cellphone reception, but Rahul qualifies that claim. Cell towers are placed pretty far apart, so they are less likely to interfere with each other in the first place. Still, some venues, like stadiums, have a bunch of small cell transmitters close to each other, and that’s where MegaMIMO 2.0 could help. It also might be useful with new 5G cellular technologies that have shorter ranges and require cells that are much closer together, but Rahul says it’s too early to tell.

MIT says that MegaMIMO 2.0 is “soon-to-be-commercialized,” but this could also be a stretch. The team has received two patents and is applying for more. They plan to spin off a company, but haven’t worked out the details. Current access points can’t be upgraded to the technology, as it requires new hardware, which probably means getting a manufacturer to sign on. (No changes are required for the “client” devices, though, such as laptops, tablets, or cellphones.) “We have had interest [from] big vendors who want to partner with us in some way,” says Rahul, although that’s common phrasing from an aspiring startup.

The timing is certainly right for technologies that reduce wireless congestion, which the U.S. government now considers a major problem. The military’s Defense Advanced Research Projects Agency (DARPA) has just launched a Grand Challenge contest with $2 million in prizes for teams that develop ways for wireless devices and networks to cooperate to conserve bandwidth. Rahul says his team may enter the contest.

DARPA’s challenge focuses on getting different networks to work together—like a cellphone service, someone’s Wi-Fi, and military communications systems. But improvements inside one of those networks could help, says Paul Tilghman, the program manager at DARPA. “By having … better collaboration within your network, you may figure out strategies to make your network in and of itself use the spectrum optimally,” says Tilghman, “which then, by virtue, makes you a better neighbor in the spectrum as well.”