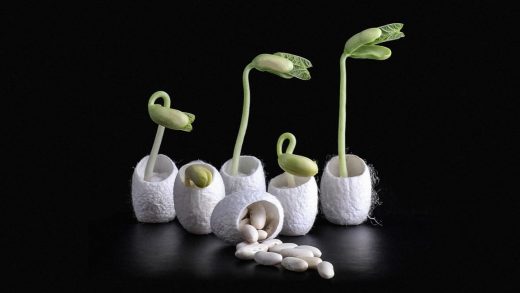 Too much salt isn’t only bad for our bodies, it’s bad for our crops, which don’t grow well in highly saline soil. As climate change, poor water quality, and the misuse of agrochemicals degrades our land, the world’s soil is becoming saltier, threatening the global food system. But MIT engineers may have found a way to save our crops. They’ve developed a protective coating made of silk, sugar, and bacteria that could help seeds grow in soil that is currently unsuitable for agriculture.

So far, tests have found that chickpea and common bean seeds with the coating had an increased germination rate and better overall plant health in highly saline soil than uncoated seeds, researchers detailed in a paper published today in the journal PNAS. They hope the coating could be applied to other crops, as well, and be an accessible and cheap option for all farmers to make use of more land.

“If you go to Morocco, you see land that was fertile 10 years ago is not fertile now due to the salinity of the soil.”

Research into this began years ago, says Benedetto Marelli, one of the paper’s authors and a professor of civil and environmental engineering at MIT, with his previous work on how silk coatings could extend the shelf life of food and crop seeds without the need for refrigeration. While studying that, he stumbled upon rhizobacteria, which are known as a “nitrogen-fixing bacteria,” meaning they transform nitrogen in the air into something usable by plants. These rhizobacteria act as a natural fertilizer and are known to improve plant growth when compared to synthetic fertilizers, insecticides, and pesticides, and Marelli incorporated it into the silk coating.

What this silk coating does for seeds is twofold: first, it acts as a barrier to protect the seeds from the harsh, salty topsoil, which is the uppermost layer of soil necessary for crop growth. Too much salt in this soil can be toxic to plants, cause nutrient imbalances, and affect how much water plants are able to take in. Second, the coating provides a built-in, natural fertilizer through the rhizobacteria, giving the essential nutrient of nitrogen to the seeds, enhancing their growth.

With those two benefits, it could be the answer to a current environmental conundrum: what to do with all that degraded, salty land that can’t grow crops anymore. “If you go to Morocco, you see land that was fertile 10 years ago is not fertile now due to the salinity of the soil, so our plan is to try to mitigate that,” says Marelli. And that’s only one example. Salinity is a major issue for soil around the world, and all over Earth our agricultural soil is getting more and more degraded and less and less fertile. Some experts say that if current rates of degradation continue, all the world’s fertile topsoil, which is used to grow our food, could be gone in 60 years.

While agricultural topsoil may already contain nutrients like nitrogen, farmers often need to add more through fertilizers to replace the nutrients crops take out of the soil and ensure the best growing conditions for their plants. Nitrogen fertilizer plays an important role in maintaining global food security, says Marelli, but it has a big environmental effect. Microbes in soil convert nitrogen to nitrous oxide, which is a greenhouse gas.

When farmers use too much of this synthetic fertilizer, which they often do, that means the greenhouse gas enters our waterways and atmosphere. Increased fertilizer use has been cited by researchers as the cause of a “dramatic rise in atmospheric nitrous oxide, which is a major greenhouse gas contributing to global climate change.” That’s where these rhizobacteria, which form a symbiotic relationship with many plants like legume crops, can come into play as a better, more eco-friendly alternative.

The current methods that exist to provide rhizobacteria to plants aren’t as affordable and accessible to small, rural farmers as synthetic fertilizer is, and it can be a tricky thing to keep these bacteria alive long enough for treated seeds to get to farmers. Marelli needed to come up with a way to preserve these bacteria, and so he used silk, which wouldn’t leave behind any harmful chemicals or microplastics in the soil after the seed is planted.

Silk is made when a caterpillar eats the leaves on a mulberry tree and turns that food into fibers for its cocoon and is biodegradable. The silk alone wasn’t enough to preserve the bacteria, though, so Marelli incorporated a kind of sugar known as trehalose into the coating, which is naturally produced by many microorganisms to allow them to survive harsh conditions, like heat and drought stress.

With the silk, sugar, and bacteria all suspended in water together, the researchers could dip the seeds in the solution for a few seconds to get an even coating. The coating could also be sprayed onto seeds, and researchers say both methods are fast, easy, and scalable. The silk used isn’t the same as silk used in the textile industry; it’s a byproduct from cocoons that aren’t good enough for clothing, so that makes it affordable, as well.

As for how sustainable it is to coat all the seeds in the world with this silk solution, that’s something researchers are still looking into. There’s enough silk to do so, Marelli says, but shipping it from China and India to the U.S. to coat seeds may not be the most environmentally friendly thing. Silk production could move to closer regions, like Brazil, or the coating could be made up of some silk and some other materials, like cellulose. “The good thing about producing silk is it [requires] trees, so you’re planting trees to get silk,” he says. “So the whole process is surely very interesting from an environmental perspective.”

Researchers have tested the coating in controlled conditions at indoor labs within both MIT and the Mohammed VI Polytechnic University in Ben Guerir, Morocco, and next up is field testing in Morocco to see how these coated seeds withstand real-world conditions. “Eventually we want to be able to target other stress, not only salinity but also drought or extreme temperatures,” says Marelli. Researchers will also see if the coating works with other crops besides legumes, and if this could be a solution to safeguard all the seeds that provide food around the world from increasingly harsh conditions. 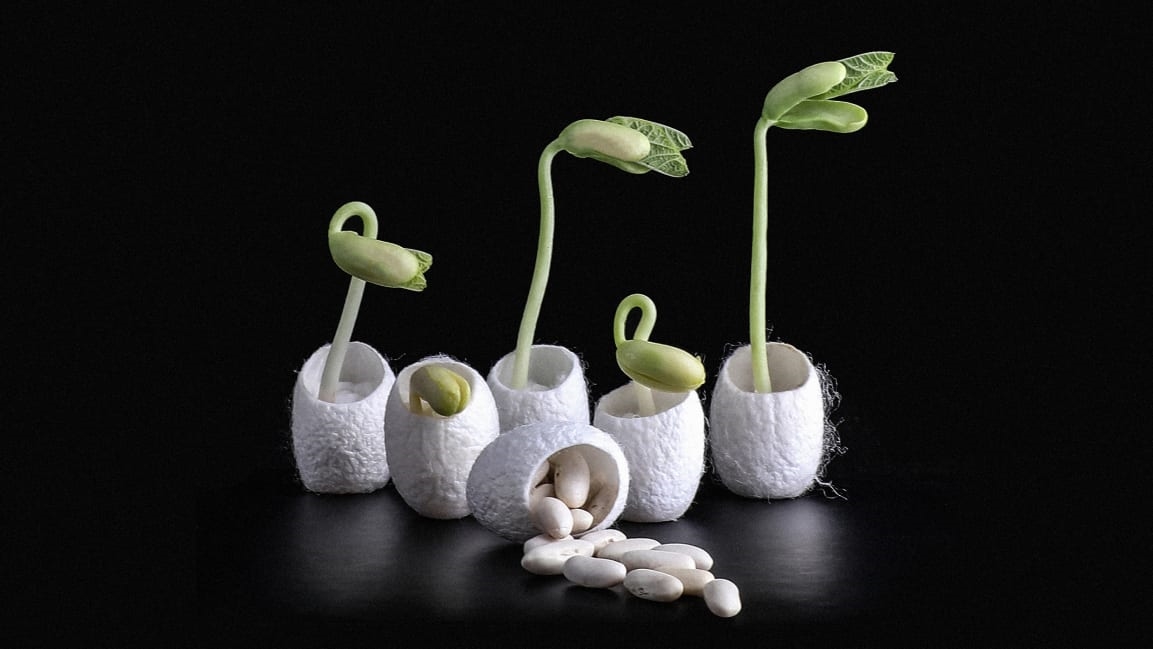