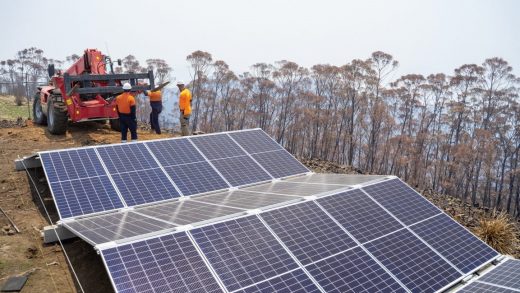 New microgrids are helping Australia get power back after the fires

February 19, 2020
In the wake of Australia’s bushfires—which have burned an area larger than the state of Maine over the past five months and destroyed thousands of homes—many rural areas in the country still don’t have power from the grid. It could be weeks or even months before it’s restored. Recent storms and flooding have made things worse. Now, a new project called the Resilient Energy Collective is working to quickly roll out solar power and batteries at dozens of sites.

“In three weeks we’ve come together, found the technology, adapted it, put it on trucks, and right now it’s operating, generating electricity,” Mike Cannon-Brookes, the cofounder of the Australia-based tech company Atlassian, said in a statement. Cannon-Brookes and his wife are donating $12 million to the collective, a collaboration with 5B, a solar deployment company, and Tesla, which is providing batteries. “That’s what this collective is all about—getting the best tech and the best ingenuity together to solve a massive problem in days, not months or years.”

In a community called Goongerah, solar panels now power a community center that people living nearby can use for refrigeration, charging devices, and an internet connection; the area still doesn’t have phone service. In another rural area in New South Wales, an emergency communications tower now runs on solar. The system was installed in two days. Before it went in, firefighters had to rely on diesel generators, and refueling the generators could take as many as five hours a day. Generators are also expensive to use and, of course, they’re also highly polluting—adding to the climate pollution that is making both fires and severe flooding more likely in Australia.

The new collective will quickly add solar and battery systems to up to 100 sites. It’s an echo of what happened in Puerto Rico after Hurricane Maria, when solar and battery microgrids helped restore power at hospitals, community centers, fire stations, and other critical sites. In Puerto Rico, though some of those microgrids were meant for temporary use, the island now wants to build a more extensive network that makes the grid more resilient in future disasters. In California, where large parts of the electric grid went down last year because of the risk of fires, the utility PG&E is also working to build solar microgrids in areas that are most vulnerable to wildfire. In Australia, Cannon-Brookes envisions some rural areas switching permanently to microgrids.

“As a nation, we’ve got to learn the lessons of this summer and invest in energy systems that help the planet, not hurt it,” he said in the statement. “That are resilient, not brittle. That are fast and flexible, not slow and fixed. And most importantly that reduce bills. In the future, we see a world in which many remote communities operate on solar power, off-the-grid. It will be more stable, more resilient, and less prone to damage.”

Correction: We’ve updated this article to make it clear that 5B deploys solar panels, but does not manufacture them. 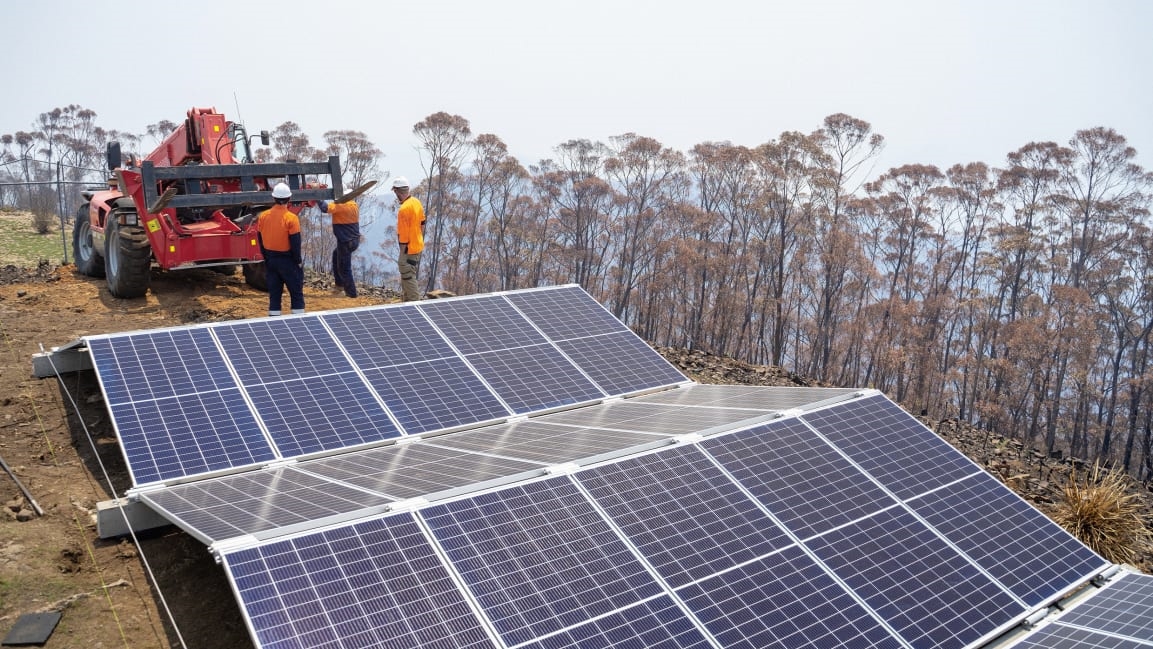