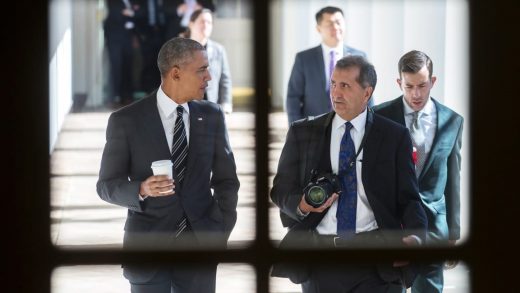 As an official White House photographer for both Ronald Reagan and Barack Obama, Pete Souza always viewed his job as being a historian of sorts, capturing the intimate moments in the personal lives and careers of presidents to illustrate who they were as leaders, husbands, and fathers.

But Souza’s once objective lens switched to that of an outspoken critic after Donald Trump was sworn into office.

No longer working for the White House, Souza used his personal Instagram to post photos from Obama’s terms that contrasted with the rhetoric, policies, and tweets coming from Trump and his administration.

The Way I See It chronicles Souza’s rise to working in the White House under Reagan and Obama, and why he decided to drop the semi-anonymous status of a photojournalist to speak out against Trump.

Fast Company: You’ve mentioned before how with President Obama you had total access, and that definitely showed in the candid moments you captured during his presidency. In the doc, you critique the photos coming from Trump’s administration as canned and inauthentic. What’s the significance for you in seeing the level of access you had with Obama replicated in Trump’s time in the White House?

Pete Souza: To quote Michelle Obama, “Being president doesn’t change who you are—it reveals who you are.” That’s so true, too, of behind-the-scenes images. You really get a sense of what both Reagan and Obama are like not just as presidents but as human beings. By looking at my photographs, you see the way they interact with other people, the way they express compassion and empathy in interacting with people befallen by some tragedy. We just don’t see that with Trump. He still thinks the presidency is only about him. It’s not: It’s about us. So for me, the images we do see from Trump show exactly who he is: a reality-TV guy. There’s no real empathy and compassion. I think it would be interesting to see what’s really happening behind the scenes. We’re missing out on true moments of history.

FC: During your tenure as chief White House photographer for Obama, we saw some of those moments in history play out through your work, because of the access you were given. For example, the now famous picture you took in the Situation Room during the 2011 raid on Osama bin Landen. It was a major event in itself, but your photo helped people contextualize the moment. What new outlook on the impact of photography did you gain during your career as a White House photographer?

PS: I’ll give you an example: I photographed every head-of-state call that President Obama made, no matter who he was talking to. A picture of a guy on a phone doesn’t sound very exciting, but it can really give you a window into the context, the mood, and the emotion. I was not always just taking a picture of him on the phone; I was trying to include who was also in the room. You learn to read people’s faces, and what you see on their faces can help give context to what this call’s about. Donald Trump got impeached, essentially, because of a phone call to the president of Ukraine. We’ve never seen a picture of that phone call. We don’t know where that phone call was made. We don’t know who was in the room when he made that call. We don’t know what the mood was. If I were a journalist, I would have been asking the White House to release a photograph of that call. I don’t know why the congressional committees didn’t try to subpoena images that were made. Now, it’s possible no images exist. But if they do, I think it would give you some context to that particular phone call.

FC: Everyone has an idea of who a president should be. But you’ve had the interesting perspective of being a fly on the wall during the careers of two presidents, Reagan and Obama. Not only that, but these were two significant presidents from two different parties in two very different times in history. From your time as an official White House photographer for both administrations, how has your viewpoint on the presidency evolved?

PS: I also covered, as a member of the press with the Chicago Tribune, a little bit of Clinton and Bush. So I sort of have a good sense of the presidency from both an inside point of view and an outside point of view. Really, the presidency is about leadership. It’s about character. It’s about empathy. And it’s about listening to people. You’re speaking not just to the people that voted for you, but you’re speaking to everyone in the country, including those that despise you. One of the points I tried to make in the film is that the words that come out of the president’s mouth really do matter. It matters to Americans, but it also matters to people overseas, including our allies and our adversaries—and I get the sense that this current president just doesn’t get that. Instead he uses his bully pulpit to suck up to adversaries and bully anybody that criticizes him, and denigrates the whole idea of a free press. It’s so hard for me to watch this happen.

PS: When you’re in the job, you’ve got to remember that your number-one job is to make these images for history. Every single picture that I made is now at the National Archives. It just so happened that when Barack Obama was elected to the presidency, social media had started to explode. So it was kinda natural for the White House to want to make a lot of my pictures public on the Flickr photo stream, and I think it gave people a near real-time window into what was happening in their government.

One of my self-appointed tasks will be if Joe Biden, knock on wood, is elected president, I’m going to make sure that I am reaching out to whoever he chooses to be his photographer—and I’ll probably reach out to Biden himself—and say, “Remember what the number-one function of this job is: It’s to document for history. You’ve got to give access to what’s happening for the history books. You can make your own decision on whether you want to make any of those public during the administration, but, for history, we gotta make sure we have those images.” 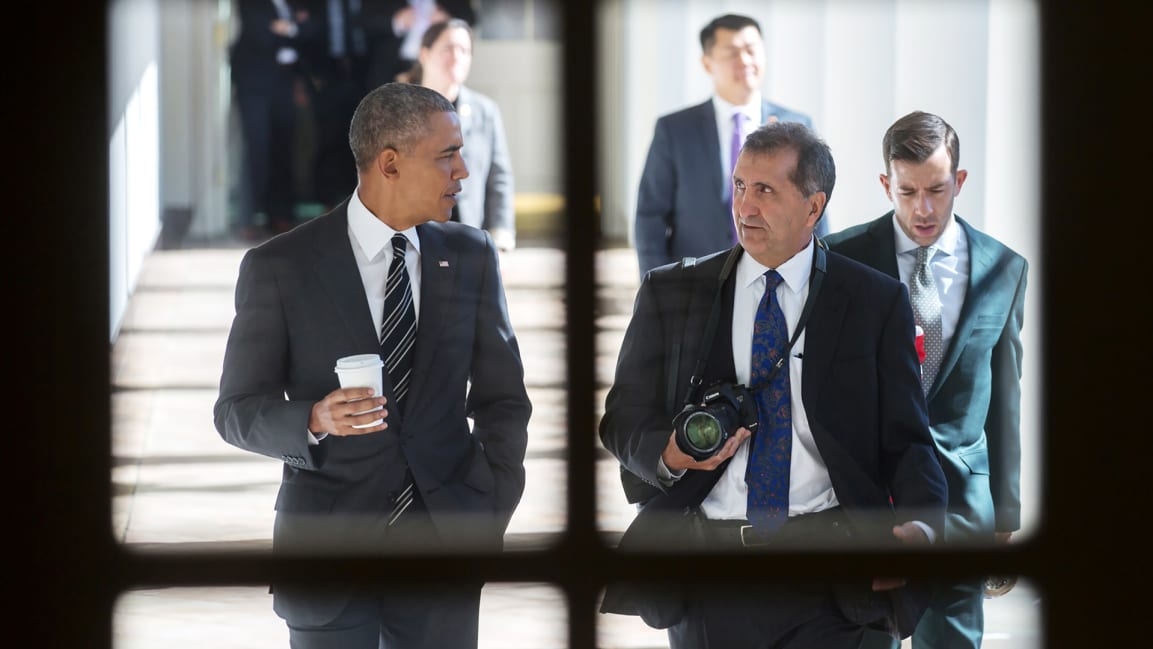