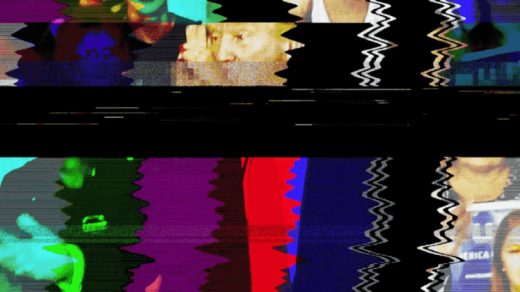 Panic, Fatigue, And Alt-Facts: How TV Showrunners Are Handling Trump

When American Horror Story creator Ryan Murphy let it slip recently that the next season of his FX series would be about the 2016 Presidential election, the Internet lit up. What better platform to tell the Donald Trump story than a series that FX President Jon Landgraf has said is devoted to “confronting our deepest fears?”

Murphy won’t be the first person to bring the new President to the small screen. The Good Fight, the CBS All Access drama that’s a spin-off of The Good Wife, has referenced Trump directly and explored topics like fake news and how a tweeting President frightens media corporations. And of course, daily news-based shows like The Daily Show and The Late Show With Stephen Colbert are having a field day with the endless shenanigans brewing in Washington–not to mention Saturday Night Live.

Trump and TV makes sense in so many ways. Indeed, the story has all of elements of a made-for-TV movie, from its reality TV star leading man to its underdog narrative to its endless supply of mini dramas (the Russians have hacked our election!) that, at any other point in history, would appear ludicrous. But while producers like Murphy are seizing the opportunity to harness all of this sensationalism for TV, Trump is more often than not a conundrum for writers in Hollywood. Although the current administration has become Topic A in writers rooms–“It used to be people talked about TV shows when you got into work,” says Jessica Goldberg, creator of Hulu’s The Path. “It’d be like, ‘What happened on Homeland?‘ Now it’s like, ‘What happened in the news?’”–converting headlines into plot lines is more challenging than it sounds. In fact, just this past weekend, Homeland showrunner Alex Gansa told The New York Times that when his writers began crafting stories about Russia using fake news and social media to influence the U.S. election 14 months ago–well before Trump was elected–they worried the idea might seem far-fetched. “That was the seminal idea of the season: what do you do in a transition period when a president-elect finds herself in an adversarial relationship with her intelligence community?” said Gansa. “Miraculously, that’s exactly what happened with the Trump administration.”

For one thing, TV writers typically work on episodes that won’t air for several months or more. So there’s a fear of focussing on news that won’t actually be news by the time audiences tune in.

“I feel like you start each morning with the headline and ask, ‘How can you put it in the show?’” says Goldberg. “But then it sort of fades through the day. All of a sudden your phone beeps and HuffPo is telling you about the new Trump tweet.”

Then there’s the question of how true politics actually is to a show. For a series like The Good Fight, it’s reasonable for the show’s political-minded, Chicago lawyers to discuss Trump and Clinton, and even become embroiled in a legal battle related to the new administration–as they do towards the end of season one. But for a more broadly-appealing, family show like NBC’s This is Us, not so much. Says Aurin Squire, a writer on the show: “Because of the structure and the tone of the show, politics can enter in a more subversive, subtle way. But we’re not going to have an episode like on Blackish where people sit around arguing about the election. That’s not what the show is.”

Fast Company recently spoke with a number of TV writer-producers about the effect of Trump on TV. How it’s affecting their shows; whether and when to expect “Trump fatigue”; and how it’s mainly “fancy people” who are upset about the election. Herewith are excerpts from the interviews.

For the average American, keeping up with a Twitter-fueled news cycle that moves from immigration to climate change to cyber security in a matter of days if not hours, is exhausting. But for TV writers, the rapid churn of headlines presents a more logistical challenge: staying fresh.

Alexandra Rushfield (executive producer, Love): Trump “is definitely talked about in our room. It’s been talked about to put in the show. I wanted to put in a line like, ‘Trump’s America is a dark place.’ But someone pointed out that he wouldn’t even be elected yet in the world of the show.

“It’s hard to figure out what you’d even put in, because you don’t even know if something like Russia is going to be in the news when the show airs. That could not be a subject anymore. With Love (which streams on Netflix), it’s a year before anyone sees it. On most network shows, it’s three months later (that a show airs) at the quickest.”

Robert King (co-creator, The Good Fight): “There were stories pitched about the immigration ban, and the only worry we had was that it was burning too hot and was in the courts in a large way, and there was also a chance that Trump would rewrite it. So we didn’t want to get stuck behind the curve ball on that.

“So the story is more about a breakdown between the judiciary and the executive branch. What happens when there’s confusion about who’s really in control? Are we really on the verge of becoming a Banana Republic in that way? That seemed more getting to the core of the problem of what happens when there’s a disagreement between the judges and the authorities? We even saw that at JFK, where the border patrol was not obeying a judge’s order because they felt they were answerable to the President. So that kind of chaos and confusion is applicable to our show because our show also deals mostly with the law.”

Staying True To Character And Story

Regardless of how much Trump is being discussed amongst writers, politics doesn’t necessarily directly translate to the world of a TV show. Writers say they have to consider whether their characters would actually discuss politics, or whether current events would really impact them, in order to maintain authenticity.

Rob Long (executive producer, Kevin Can Wait): “I think the massive freak-outs (over Trump) with some characters would happen with more fancy characters. The freak-outs I see are almost entirely people in the 1%. I live in New York, in the West Village, and I have a lot of fancy friends and they’re generally freaking out. But I think normal people kind of always put politics in a much more secondary or tertiary, or whatever the word is for fourth-ary, position.

“The family that we’re doing a show about is kind of a normal, American family. They live in Massapequa, Long Island. It’s not even a bedroom community of New York. It’s way out there. It has a small-town feel, the kids go to public school and they play high school basketball and lacrosse. And they have a local church that they go to, and that’s that. Only from the lends of a 310 (Los Angeles) area code are those things seen as potentially political. For most Americans, it’s: That’s kind of how I am.

“So I think if it’s true to your show and the characters, then I think you’re kind of obligated to do something about it, pro or con–though I can’t imagine anyone in Hollywood doing a pro-Trump show. But if it’s not, then it kind of feels like a side-swipe, left-field, We’ve got this soapbox, we’re going to use it.”

Nicholas Stoller (co-creator, The Carmichael Show): “We’ve been talking about Trump in jokes and there’s an (upcoming) episode that’s all about supporting the troops where there’s a neighborhood guy who’s a jerk, and now he’s a soldier, and Jerrod is unwilling to give him respect because he’s a troop. There’s a lot of discussion about Trump in that.”

Otherwise, however, season 3–which premieres on NBC in May–will steer clear of politics, which is a shift from season 2, which ended with an episode in which Jerrod’s father Joe admits he’s a Trump supporter (this was before Trump was the Republican nominee).

“In talking to Jerrod about it, I think a lot of African American comedians would say, ‘Yeah, of course, this was what was going to happen.’ The show already presents, not a cynical, but an honest, world view. I think for a lot of white, liberal Jews, after the election it was like, ‘Oh my God, the world has totally changed.’ But for a lot of African Americans, it was, ‘What did you expect?’ So while it’s fun to talk about, and important to talk about, political issues, I don’t think there was a sea change in the way (the characters on the show) see America. I know, certainly, for Jerrod, he was the least-shocked of anyone I know.”

Michelle King (co-creator The Good Fight): The show’s political story lines are “less about us wanting to make the show about politics than it is recognizing that we’ve got politically-aware characters. In a sense, you’re following them. Because we’ve established Diane (Lockhart, the power attorney and show’s lead, played by Christine Baranski) as an ardent liberal. Most of the characters are liberals living in Chicago. Clearly, they were going to have a strong point of view on politics. So it’s following them rather than imposing our thinking.”

But writers are also discussing ways to address political issues in more subtle ways. Goldberg says that The Path, which is about a religious cult in upstate New York, lends itself to many of the subjects that are being raised these days. The question is how to weave them into the show without being literal.

Jessica Goldberg: “One thing I feel, at least in the context of our show, is that you can talk about the issues. For instance, in season 1 we had a story in which the cult decided to take in some Honduran refugees who were being deported, and they got in a lot of trouble with the FBI. Now I wish we hadn’t done that in season 1, because now that story has a whole different–like we could really do that story now.

“Mostly our show is a big soap opera, but where it’s really exciting as a writer in the world, and as a citizen, is when you can tell these little stories about the intersection of faith and politics. Or why people need rules and structure, and why they want to give up their personal freedoms. Those kind of story elements really resonate now.

Then again, she says, “There’s a part of me that like, it would be fun to see Hugh Dancy’s character (the cult leader)–I made a joke and said, ‘Maybe he starts going to a tanning booth.’ You know, just little inside jokes might be fun.”

Another concern is wearing audiences out with talk of politics, given how they’re already being bludgeoned 24/7 by the news and social media.

Robert King: “We do worry about Trump fatigue and that people are going to get truly tired of all the criticism… I think the fatigue doesn’t even come from the shows yet to come, it comes from some very well-written, well-intentioned comedy shows that are basically the Daily Show descendants. Samantha Bee, John Oliver, even Colbert. Those shows are really worthwhile, but they’re also I think exhausting the audience, as the administration is exhausting the audience. So it’s more important to go after how the culture will be changing than to go after the President. And here’s the thing. Our show tries to avoid being earnest. And the difficulty when you are going to go against someone that the liberal audience is so against is that all you can be is earnest.” 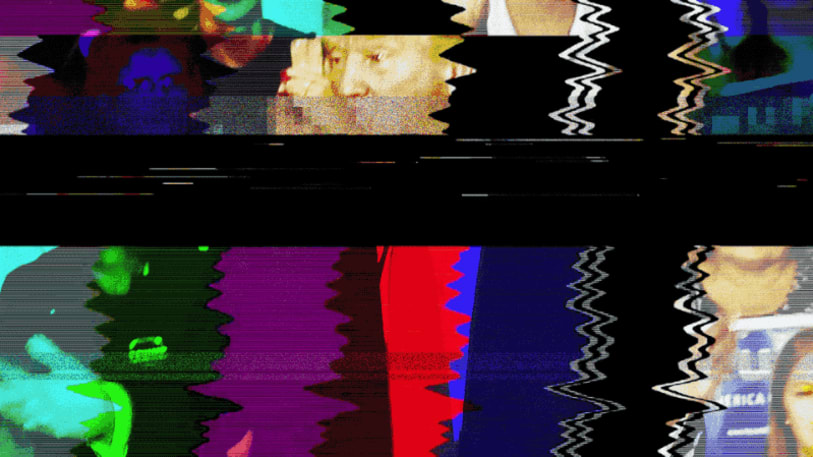