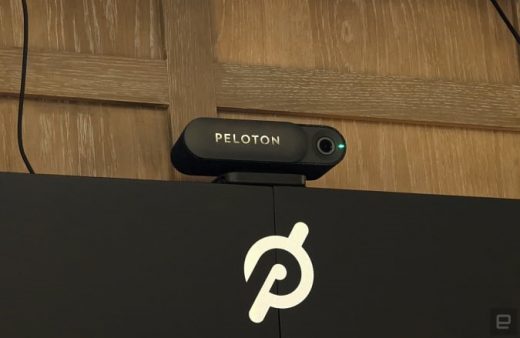 The connected camera is a simple, but persistent, workout monitor.

Peloton continues to take steps beyond cardio exercise with Guide, a $295 set-top camera that brings strength training to the lineup. It’s joined by a new all-inclusive $39 monthly subscription (with a $24 introductory offer), which adds movement-tracking strength and core-focused classes to the array of Yoga and bodyweight workouts that already exist in Peloton’s $12 per-month digital service.

The Guide unit itself looks a lot like the Facebook Portal TV or your old Xbox Kinect. It has a versatile magnetic mount that can be placed on a flat surface, or folded out to latch around your TV’s bezel, which should make it easy enough to position where it can capture your workouts. It uses a wide-angle 12-megapixel camera, which is enough pixels to deliver a 4K video stream of yourself. It can be plugged into any HDMI port, and comes with Peloton’s recently launched heart rate monitor and a remote to navigate the menus and adjust your TV volume.

Typically, your video feed will be on-screen alongside the Peloton trainer, so you can track and adjust your form as necessary. But you can minimize yourself so it’s easier to see the trainer’s movements, if you prefer.

When you start a Movement Tracker-supported workout (they’re tagged with Peloton’s water drop icon to make them easier to find), you’ll see a wealth of information on what that particular workout will cover, both when it comes to muscles targeted and exercises involved. Peloton is trying to bridge a gap here between regular gym-goers and those of us that don’t know the difference between a hammer curl and a bicep curl. (To be honest, they’re only slightly different.)

You can preview the exercises, including a quick video animation of the movement, and even see which muscle groups will be feeling the burn. I found a lot of it unnecessary, but it largely stayed out of the way — which was what I wanted. I know how to do a plank, thanks.

We’ll be taking a deeper dive into the Guide soon, but let’s get into the crucial part of Peloton’s new addition, that tracking. With a single camera, and no LIDAR or Infrared it does a great job of framing you during your workout and tracking your movement across the space.

The major selling point of the Guide is that it’s checking your form for you. Now, I might have been over-optimistic in hoping for tougher love from the Guide. I’ve done a few HIIT (high-intensity interval training) workout classes, both in-person and through pandemic-era Zoom calls, and I fondly remember the trainer telling me to raise my hips or retract my shoulder blades more when they would catch me slacking. The Guide only polices your movement in the broadest sense to make sure you’re following the instructor. It won’t tell you what you’re doing wrong — or how to fix it.

However, compared to a group workout with a human coach, Peloton’s tracking system is always watching you, not the others in the class. When live classes arrive in the coming months, this might all work a little better; interactions with the coaches is what a lot of Peloton devotees swear by. Perhaps this could eventually offer the best of both, with human interactions and advice combined with the Guide’s more constant vigilance.

As you follow the exercises, the Movement Tracker icon will fill up. Once I’d fulfilled the movement obligations, I’d hear a ‘ping’ as I transitioned to the next exercise. I ran through three different classes, and apparently my form was correct enough 19 out of 20 times. (It’s not a perfect score because I wanted to take a few photos during a press-up set, okay?) That felt kinda good. I’ve never considered myself a gym person, but I’ve had various stints of exercise booms. Finally, I seemed very ahead of the crowd that Peloton seems to be pitching this device at. To be honest, I wanted heavier weights and harder workouts during my demo.

The Peloton Guide is another device trying to introduce a connected camera into your home, which carries its own privacy concerns. You might be able to take some solace in the fact that Peloton says nothing gets uploaded because the processing is all done on-device. Plus there’s a cover you can slide over the camera lens, and mic mute switches on the back. But as Wired notes, there is a somewhat concerning section in the terms and conditions where Peloton says it may use your biometric data (including facial scans) in the future. This could be as innocuous as identifying separate users in the same household, or something else entirely.

The company is considering adding the option to share your tracking data to speed up improvements and help address bugs, like those data-sharing requests you get with voice assistants. On that note, Peloton has added a basic voice assistant, in beta, to the Guide, ensuring you can pause, cancel or otherwise control your workout when the included remote isn’t nearby, or one of your kids is having a meltdown during your Core workout. It’s not the most attentive assistant, however, and I would have to bark my commands and increasingly unhinged volumes in order to get it to work.

I appreciate the depth of data and customization Peloton has crammed into the Guide. During a workout, the backing track was a little too loud for me, and despite having only a passing knowledge of Peloton’s software, I was able to find an audio mix option, mid-workout, and increase the levels of the instructor’s voice. This attention to detail is rarely found in fitness videos and software. My time with the Guide was brief, but Peloton will need to ensure the Guide offers enough to warrant the initial outlay and even more expensive subscription. Can it convince existing Peloton subscribers to pay more? 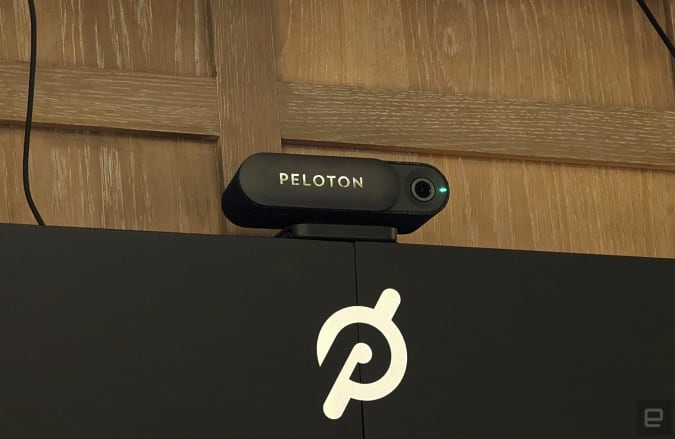