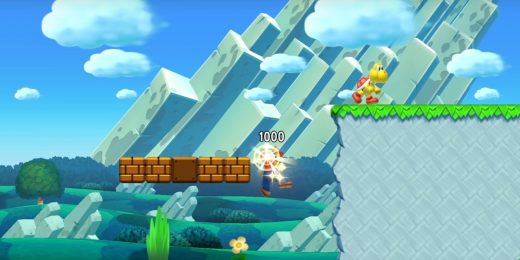 Super Mario Maker 2 players are having a busy summer. Nintendo announced today that players have uploaded 2 million courses on the level creator since its worldwide release on June 28th. The highly-anticipated Nintendo Switch sequel to Super Mario Maker also lets users create courses that anyone can play, but with a world of assets and features not seen in the original. Players can choose between 100 Nintendo-designed levels or any of the levels created by other Mario fans.

Creating a course on Super Mario Maker 2 lets players experience what it’s like to be a game designer and is one of the game’s most unique features — so it’s no surprise that it’s taken off. One Canadian super fan has already rolled out a full 32-course game. Really, anyone can create a level — and if the number of uploads is any indication — everyone has tried. User-created levels can range from brilliant creations by world-class gamers to something your five-year-old cousin could beat in under 20 minutes. There’s a level inspired by the ‘Steamed Hams’ meme from The Simpsons and even one made by Arby’s.

Luckily, Super Mario Maker 2 has a way for players to separate the wheat from the chaff. If you go to the ‘Popular’ tab in the game’s online Course World, you can easily find the courses that are resonating the most with other players.

Thanks to all of you, #SuperMarioMaker2 has reached 2 million courses uploaded! We hope everyone continues to create and share their dream courses! pic.twitter.com/CdIK2VXLyp