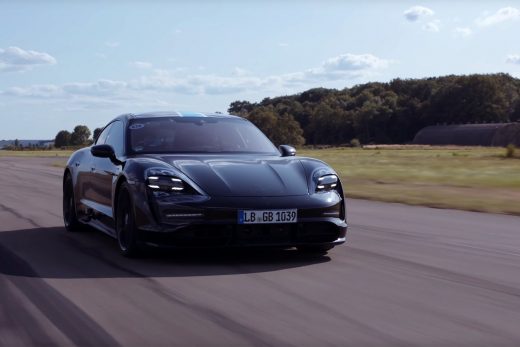 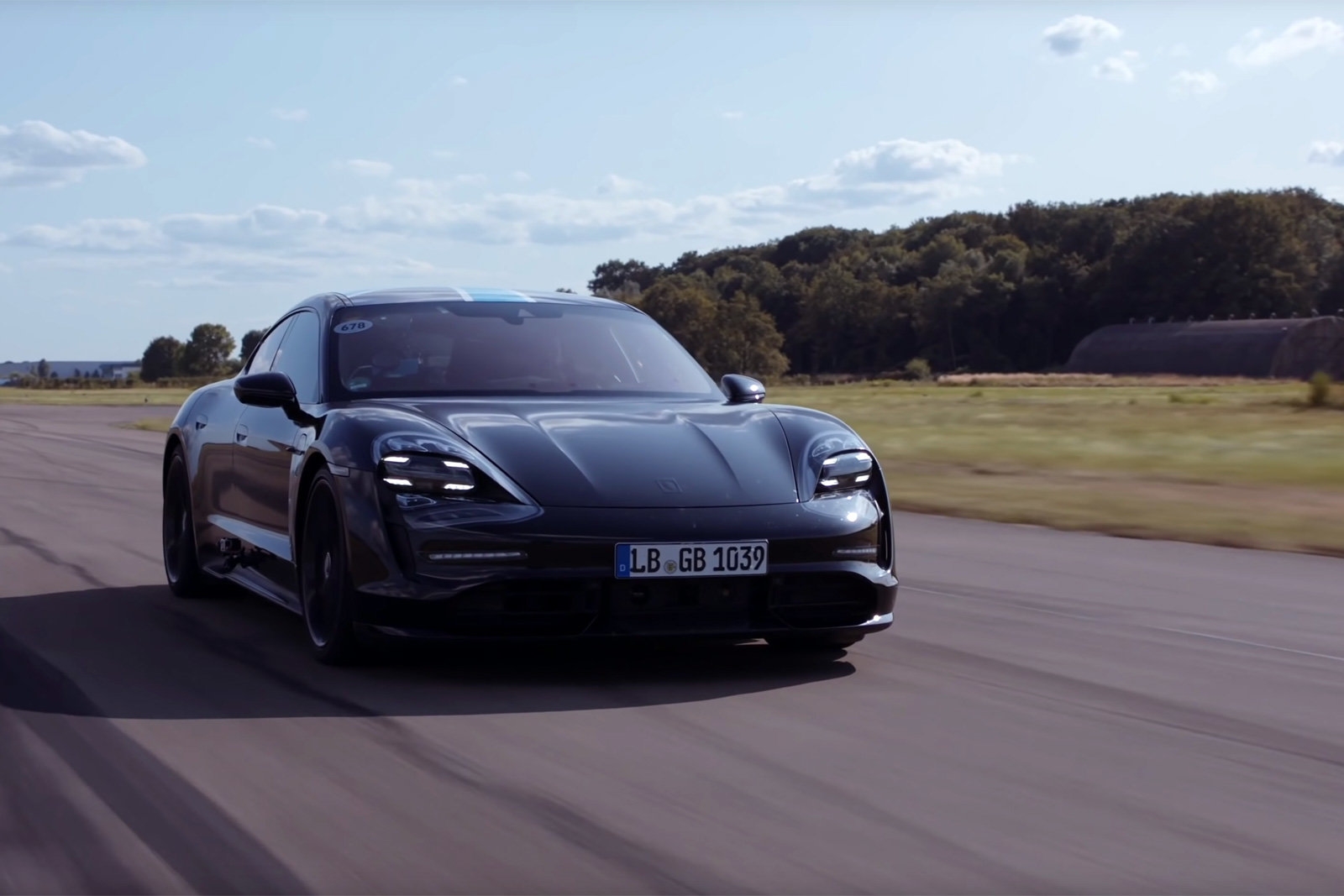 You’ll have to wait to September for the Porsche Taycan’s official unveiling, but the automaker is at least ready to answer one burning question: how well would the EV fare in a drag race? Quite well, apparently. Fully Charged has scored the first test drive of the Taycan for a non-Porsche driver, blasting the electric supercar through a runway demo of its launch control mode. It’s quick, reaching around 225km/h (about 140mph) before needing to slow down as the end of the tarmac appeared. The claimed 0-62MPH time of 3.5 seconds may be very conservative. However, the real allure is how often you can invoke the launch mode — it’s not just a party trick.

Where Tesla’s cars ask you to explicitly confirm their Ludicrous Plus mode and generally discourage you from using it often, the Taycan is officially rated for ten 0-62MPH and four 0-124MPH runs in a row before you notice any decrease in performance. Unofficially, it can do more — FC‘s Jonny Smith tried it for “some 30 full throttle launches.” The feat is rumored to be possible through special motors that use thick “hairpin” coil windings that make the motors smaller and better-suited to repeated all-out launches.

This is expected to be the top-spec Turbo model with dual motors, all-wheel drive and an unofficially estimated $146,000 price tag. It won’t be quite so blisteringly fast if you spring for the reported single-motor RWD model at about $79,000.

There are still many unknowns about the Taycan. The demo machine still had light disguises to mask the car’s final look, and FC wasn’t allowed to show the dashboard. The drive is undoubtedly a shot across Tesla’s bow, though. Porsche wants to show that its upcoming EV can deliver consistent performance, and it’s no doubt hoping that a few would-be Model S buyers will jump ship and add to the Taycan’s ever-growing pre-order queue.