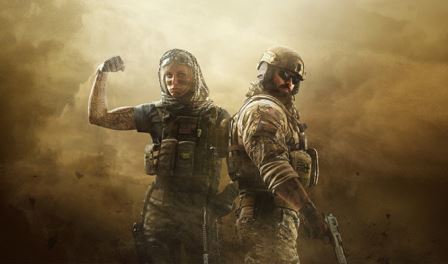 Season Pass holders have been able to play as Rainbow Six Siege’s two new operators, Valkyrie and Blackbeard, since May 11. If you’re waiting for a chance to unlock them this Wednesday, however, you might want a closer look at what your Renown or R6 Credits are going to buy. To that end, we’ve put together a short video detailing what the new Navy SEAL Operators who arrived with Operation Dust Line bring to the game, and what their new gadgets mean for those who pick them.

The Operation Dust Line update is available now for Rainbow Six Siege players on Xbox One, PS4, and PC, and it also adds the highly destructible Border map, as well as a number of tweaks and improvements,. To see the full rundown of changes, visit the official site, and be sure to check out our previous coverage for more on Rainbow Six Siege: