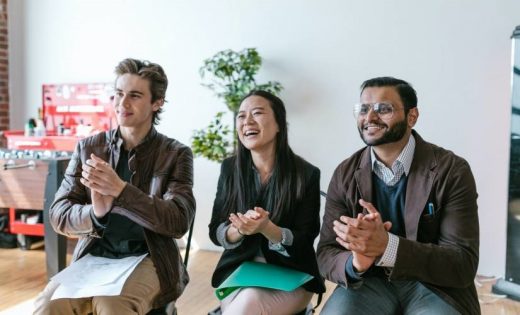 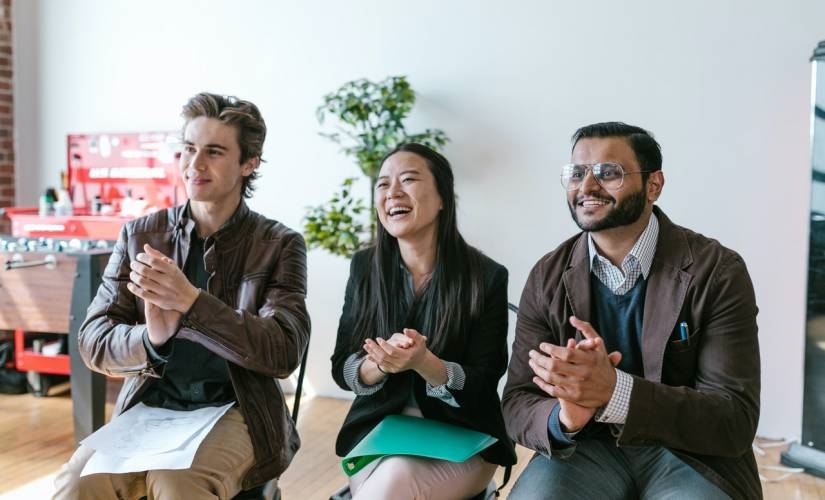 Sales Experience Platform Walnut Takes the Next Step By Raising $ 15 Million in Series A Funding.

Walnut, a newly released sales experience platform, recently attracted some major funding attention. The news is particularly noteworthy as Walnut has been in business for less than a year. Moreover, investors say that they have been particularly impressed by the company’s ability to radically redefine the concept of the traditional sales demo.

Given the unprecedented turmoil of the past 18 months — there has been disastrous impact on far too many bottom lines. However, Walnut is bringing an innovative retooling of the sales process to market, which seems to place Walnut in the right place at the right time. As a result, serious investors have begun to pay attention.

Founded by tech visionaries Yoav Vilner and Dani Friedland, Walnut is a startup committed to rewriting the concept of the traditional sales demo.

The Walnut platform is able to optimize its clients’ product demonstrations and enable sales teams to address the needs of each individual customer. It represents an approach that the brand considers to be a solution to one of the toughest nuts to crack — especially in an increasingly online-focused world.

Responding to this urgent need, Walnut created a no-code platform offering a simple and efficient way to customize sales demos.

This process is done to better serve the unique sales and marketing needs of a growing number of SaaS companies around the globe. The Walnut approach eliminates the need for generic customer demo experiences lacking focus or relevance. The platform also provides various insights — a critical detail often lacking with in-house development — for a marketing team to utilize for future sales experiences.

Taken together, the Walnut platform creates a more comprehensive, holistic approach to the demonstration of products and services. It also streamlines the entire sales process, putting much-needed horsepower back in the hands of sales leaders without the need to rely on the complexities of working with a back-end technical team.

For Walnut, the ultimate objective is for an organization to bring its services to market in a seamless, efficacious, customer-focused manner. Simply stated, the overall objective is to eliminate annoying technical glitches on either end of the sales experience, allowing potential clients to focus on the offering itself…and salespeople to focus on effective interactions.

Walnut met this objective by shifting its primary attention from the companies it works with to its customers. By approaching the overall sales experience problem from a customer-centric viewpoint, Walnut gained the insight needed to create a tool. This progressive tool enables its clients to create demos that resonate with their constituents.

By zeroing in on customer needs, Walnut brought a platform to market that meets company requirements at the same time.

Walnut sees itself as filling a critical gap in the rapidly evolving sales and marketing landscape.

Not only that, but the team behind the brand is effectively turning their sales demo vision into reality — a fact that has attracted the attention of various investors eager to support effective solutions to the challenges represented by making sales in a post-COVID-19 environment.

Walnut is something of a wunderkind tech company fueled by the idea that sales are much easier to close — and mutually beneficial — when experiences are optimized.

As it turns out, the Walnut approach isn’t just an opinion. The startup received an extraordinary amount of attention in the first few months of its existence.

Walnut has been featured in prestigious rankings such as Will Reed’s “Top 50 Seed-Stage Startups to Work For,” “Top Must-Have Startup for 2021,” and Product Hunt’s “Top Product of the Week.”

Walnut’s take on improving the overall sales experience is also backed by cold, hard cash. The company already went through a seed round of investing less than a year ago. Over the course of those first few months, Walnut saw an unexpected high demand that ended up generating an eye-popping $ 6 million in seed money.

Walnut’s initial round of investment funding came from high-profile investors, including A Capital, Liquid2, NFX, and Graph Ventures. It also included several tech industry leaders including Google, HubSpot, Wix, GitHub, and others. Total investment has now officially been raised by a further $ 15 million thanks to an additional Series A round of funding.

Savvy market investors know that fundraising of this type doesn’t normally occur until a company has developed its lightbulb idea into something real, tangible, and steady. In other words, Series A funding typically takes place once a company has a solid track record to speak of.

Most startups must reach several key performance indicators (KPIs), such as having a dependable crowd of users and steady sales figures before achieving this level of stable investment. For its part, Walnut has clearly reached these benchmarks with flying colors as it took less than a year after its seed round for the startup to land a Series A round of investments.

Walnut funding comes from Eight Roads Ventures, a global venture capital firm that has been in operation since 1969. Eight Roads Ventures manages a robust $ 8 billion in assets and has invested in major tech firms, including Alibaba, Hibob, and Made.com.

Representatives from Eight Roads Ventures say they are excited to list their first sales experience platform amongst their latest investments. In addition, the firm has affirmed the importance of Walnut in a world responding to the ever-evolving challenges created by the COVID-19 pandemic.

As the remote sales trend continues to accelerate, Eight Roads Ventures sees Walnut as a light of business stability in the darkness, blazing a trail toward a positive, one-of-a-kind remote selling experience.

It’s no secret that many companies — of all sizes — are still struggling to recover the financial ground lost during the past 18 months. The need to remove barriers of distance and lack of customization to increased sales has never been more pressing than it is right now.

And what about Walnut, the company that managed to put a combined $ 21 million in seed and Series A fundraising behind its revolutionary business idea in less than 12 months?

Where is the growing enterprise headed from here? For many observers, the next steps forward seem clear. Series A funding is normally obtained once a company has put down roots, established its viability, and is ready to take the next step. As a direct result, in the case of Walnut and optimized sales demos, the future is more clear-cut than usual.

Walnut plans to utilize its latest round of funding in two areas. First, it’s working to expand its international team in order to take advantage of future growth opportunities. This group of elite talent spans the globe from the U.S. to Europe and Israel. Secondly, Walnut will use the funding to continue to develop its platform and the cutting-edge technology that powers it.

In one short year, Walnut has managed to land the financial backing of a plethora of investors, cultivated a satisfied user base, and garnered a resounding vote of confidence from its stakeholders and customers alike.

With so much success already in the rearview mirror, it’s only a matter of time before the burgeoning enterprise becomes a household name and the globally recognized pioneer of Sales Experience Platforms.

Deanna is the Managing Editor at ReadWrite. Previously she worked as the Editor in Chief for Startup Grind and has over 20+ years of experience in content management and content development.