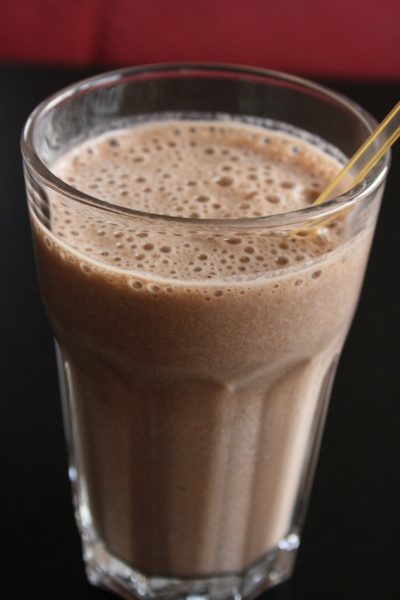 Longtime friends Holly and Billie enter the Shark Tank asking for $ 250,000 for a 10% share in their company, Cave Shake. Cave Shakes are a sweet treat that are inspired by Keto diet trends. The goal of this supplement is to satisfy cravings while still cutting out sugar, carbs, and gluten. The ready-to-drink Cave Shake can be consumed as a dessert, a snack or a meal replacement.

They currently are selling this product in a variety of health food stores in Southern California and saw $ 270,000 in sales in 2017 and their year-to-date sales are $ 182,000. Holly and Billie disclose to the Sharks that they have very recently entered into an incubator deal with Coca-Cola who is projecting to add another $ 750,00 to 2018 sales. While Cave Shake’s standalone sales trends are concerning to some of the Sharks, there also is a concern over the actual product as the Sharks are split on if they enjoy the taste of the shake as well as significant concern over the incubator deal that Cave Shake has entered into.

While pressing Holly and Billie for additional details on their deal with Coca-Cola, they are having a hard time answering questions about their incubator agreement which is very concerning to many of the Sharks. Based on the incubator deal alone, Kevin declines to partner with Cave Shake. Mark, Robert, and Lori also decline which leaves guest Shark Charles Barkley as the last Shark to make a decision. He shares that he is skeptical of the product’s nutritional value, but sites that he has struggled with maintaining a healthy weight since his retirement from sports which has piqued his interest.

Charles Barkley offers Cave Shake $ 250,000 for a 20% share in the company. They counter at 14% and he shows his frustration that they were willing to give away 15% for free to Coca-Cola but he would be financially investing in the company and therefore feels as though he should get a higher stake. While it looks as though they may not accept the deal because it is a higher share of the company than they agreed to go, Billie says she feels as though he can help them to reach the athlete community which they have struggled to reach up until this point. They ultimately decide to accept Charles Barkley’s deal.

I prefer to EAT not drink my calories…who else agrees?? #sharktank @ABCSharkTank

Congrats Charles on his first deal in the Tank ! #sharktank

I think I’ll stick to the real shakes for now. #caveshake #sharktank

If I’m giving a big chunk of change to a company, I need a reason to be excited about it…especially, MONEY. If a company’s sales are already so diluted they can hardly pay themselves, I have no reason to get out of bed for them! #caveshake @cave_shake

What do you think about the deal that Charles made with Cave Shake? Would you invest in this product? Discuss in the comments below!

For a full summary of this episode, check out this article. Shark Tank airs on Sundays at 9:00 PM EST on ABC.

Jennifer is a manager and trainer by day and a blogger and editor by night.… View full profile ›