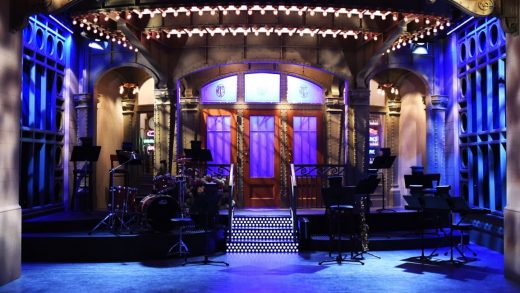 As you may have heard, the president of the United States tested positive for COVID-19, right at the finish line of an election that has come to be defined by his response to COVID-19.

It was the ultimate October surprise—one hopes, at least—and it dropped in the wee early hours of Friday morning, upending sleep schedules and workday productivity across the country, including over at Saturday Night Live.

“This news was a lot for us to process a day before we came back on air after four months off,” co-head writer Colin Jost said at the top of Weekend Update.

Jost and his fellow cowriter and anchor Michael Che did an admirable job of rolling with the knockout punch to whatever they’d prepared for Update. It’s not unusual, though, especially in the Trump era, for some late-breaking event to change the DNA of this segment. Weekend Update is the designated area to cover whatever just happened in the news.

On the opposite end of the spectrum is the cold open, a video CliffsNotes for Tuesday night’s debates. While the writers clearly made a few adjustments to the sketch in light of recent revelations, the last-minute scrambling can’t be blamed for its fatal flaws.

This week’s debate sketch is the embodiment of everything many viewers don’t like about SNL these days, but somehow worse.

A title card at the top nods to an awareness that the writers must have briefly considered scrapping this sketch but decided instead to press on, with tweaks:

What follows is a bracing 13:40’s worth of crushingly familiar reenacting of a thing that was punishing to watch in the first place. All the beats are there. In case you missed the debate, they are as follows: Moderator Chris Wallace fails to stop Trump from continuously interrupting Biden, who is often cogent but sometimes not quite. At one point, Trump refuses to condemn white supremacists, and at another, Biden tells him, “Will you shut up, man?” The latter moment is recreated in its entirety on SNL, with no joke added, fetching an applause break from the studio audience—the essence of what’s called “clapter.”

A lot of the anticipation around this episode—the show’s first one back in the studio since March—focused on the addition of Jim Carrey this season, playing Joe Biden for as long as need be. Carrey is squirrelly and slithery in his performance, with an approximation of the former vice president’s vocal tics that borders on uncanny. However, whatever magnetism Carrey brings to the role is canceled out by its utter redundancy. With three new hires over the summer, SNL currently boasts its largest ever cast—15 repertory players and five featured ones. Surely, somebody in this group could do Biden justice, or at least lessen the sinking feeling that each episode of SNL in the Trump era constitutes an all-hands-on-deck comedy emergency, in which marquee ringers like Carrey, Robert De Niro, and Ben Stiller are noble first responders.

For his part as Trump, Alec Baldwin just looks bored and resigned. He doesn’t seem to like doing this any more than many of us like watching him. Maybe it’s too much money to turn down. Maybe Baldwin craves the spotlight more than his 2014 vow to retire from public life suggested at the time. Or maybe he relishes the feeling of being part of someone’s idea of The Resistance. Either way, we appear to be stuck with him until at least the end of this election cycle.

While Carrey’s Biden gets some funny old-timey lingo to chew on (“This joker’s raising a little monkey dust”), the main joke of this iteration is Biden’s difficulty maintaining a façade of calm. It’s one of a few nods that the writers take toward an objective, liver-spots-and-all portrayal. To wit, Biden amusingly admits he’s not ready for the debate up front, saying “I’ve got the beginning of 46 thoughts.” It’s true that Biden verged on incoherent a few times during the debate, with responses that were either incomplete or difficult to follow. But none of the show’s fair nods to Biden’s deficits could have prepared me for the epic “both sides”-ing the sketch reached at its utter nadir.

Eventually, Maya Rudolph as Kamala Harris enters the fray, in a deus ex machin–huh? moment, immediately coded as a mommy figure to the two equally misbehaving childish debaters. No premise is offered to justify Harris’s appearance here, other than that Maya Rudolph, like Carrey, has a contract this season. Her arrival cements the sentiment that both sides are responsible for this debate’s descent into unwatchability, an idea that some major media outlets ran with this week, but filtered through pandering gender dynamics.

“America needs a WAP: a woman as president,” Rudolph-as-Harris says, referring to the Cardi B hit, featuring this week’s musical guest Megan Thee Stallion. That America is long overdue for throwing the keys to some female leadership is undeniable. But presenting these supposedly equally juvenile debate performances as proof is asinine, a graduate from the school of “Hire More Women Guards“-level corporate feminism.

Joe Biden gave a flawed debate performance with occasional highlights. Donald Trump constantly broke the rules of the debate, took visible delight in changing the topic from Biden’s dead veteran son to the son who has a drug problem, mocked his opponent’s advocacy of mask safety during a pandemic, and topped it all off by refusing to condemn white supremacists and instead condemn the idea of antifascism. These two things are not equal, and the solution is not necessarily a woman’s touch. To pretend so as a means to produce even more clapter is an insult to the talents of much of the writing staff, let alone the audience’s intelligence.

That’s what’s most irritating about this sketch. There is still a lot to like about SNL—and even this episode of it. Bowen Yang as sassy Chinese Trade Minister Chen Biao is hilarious. Chloe Fineman’s unhinged positivity as Drew Barrymore is pitch-perfect. Megan Thee Stallion is a well-chosen musical guest who takes wildly creative advantage of her ability to control the studio set, and dedicates one of her performances to Breonna Taylor in a blunt way that shows viewers what not pandering looks like.

There are even some good jokes buried within that opening debate scene.

But anybody could be forgiven for electing not to watch any further, considering the sketch wrapped around them. 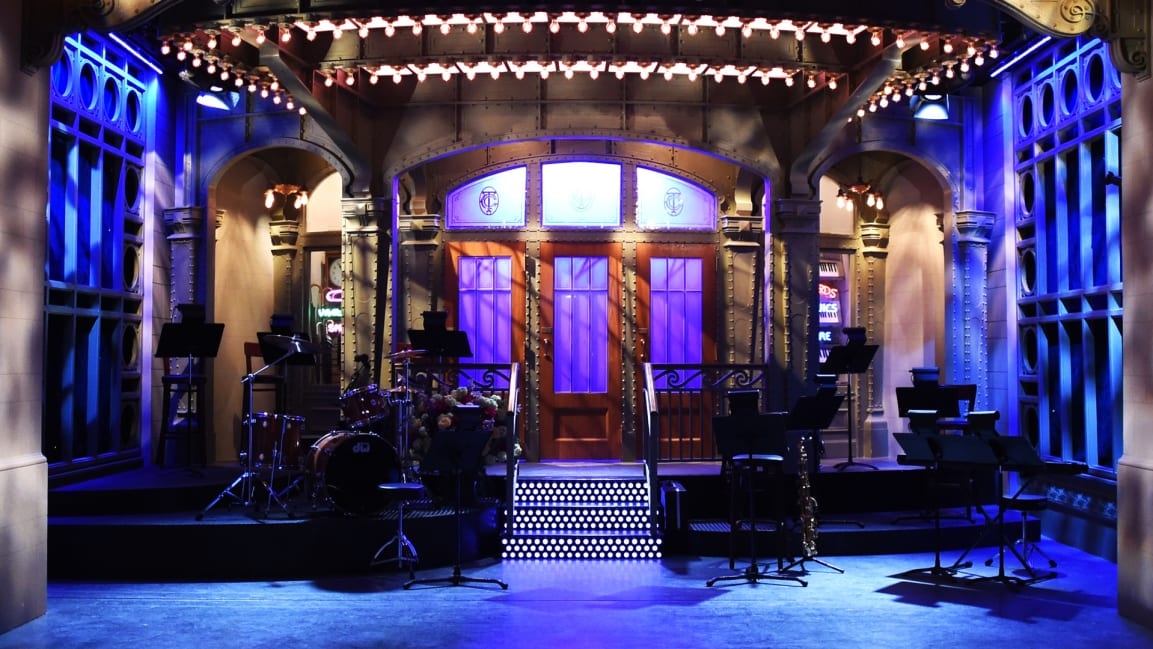