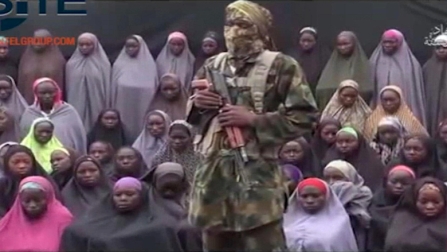 The mother of one of the Chibok girls kidnapped more than two years ago by Nigeria’s Islamic extremists on Sunday saw the first proof her daughter is alive — a video of her begging Nigeria’s government to exchange detained militants for the girls’ freedom.

Chibok community leader Pogu Bitrus to The Associated Press the video was being watched at the weekly rally of the Bring Back Our Girls campaign at Unity Fountain in Abuja, the capital.

Some of the abducted Chibok schoolgirls have been killed by Nigerian military air strikes, according to a new video appearing to come from Boko Haram, which shows one kidnap victim pleading for authorities to bow to the extremists’ demands that they release detained militants in return for the girls.

It’s not clear how many schoolgirls have died among the 218 who remain missing.

The video posted Sunday on Twitter shows a young woman, covered in a hijab with just her face showing, identified as one of the students abducted from a remote school in northeastern Nigeria in April 2014. She claims that some of her kidnapped classmates died in aerial bombardments by the Nigerian Air Force. She also said that 40 have been “married” to fighters.

The video shows a militant warning in the Hausa language that if President Muhammadu Buhari’s government battles Boko Haram with firepower, the girls won’t be seen again.

“Presently, some of the girls are crippled, some are terribly sick and some of them, as I had said, died during bombardment by the Nigerian military,” the fighter says, appearing before a group of more than 40 young women in hijabs, some holding babies.

“If our members in detention are not freed, let the government and parents of the Chibok girls know that they will never find these girls again,” he said.

The video, cited by the SITE Intelligence Group, was posted by Ahmad Salkida, a Nigerian journalist known to have good contacts in Boko Haram. Salkida says he was given the video by associates of Abubakar Shekau, who is in a leadership battle with a lieutenant named by the Islamic State group as the new leader of what it calls its West Africa Province.

The mass abduction brought Boko Haram to the world’s attention and even got the participation of U.S. first lady Michelle Obama in the #Bring Back Our Girls social media campaign, promising her husband would do all in his power to help liberate them.

The government came under increased pressure from parents and Bring Back Our Girls campaigners after the May escape of one young woman, a proof of life that they said should encourage the military and government to redouble rescue efforts. The escapee said some of the girls had died but scores remained in captivity under heavy guard.

Sunday’s video is another proof of life.

The young woman in the video, probably speaking under duress, begs for help.

“Oh you, my people and our parents, you just have to please come to our rescue: We are suffering here, the aircraft have come to bombard us and killed many of us. Some are wounded. Every day we are in pains and suffering, so are our babies … No one cares for us.

“Please go and beg the government of Nigeria to release the members of our abductors so that they too can free us to let us come home.”

The video goes on to show bodies from an alleged air raid, including that of a girl whose eyes flicker open briefly.

Nigeria’s Air Force has reported near-daily bombardments of Boko Haram camps and the military of increased ground assaults in which they have freed thousands of captives, though none of the Chibok girls.

Boko Haram has been forced out of most towns and has turned to assaulting remote villages and using suicide bombers to attack soft targets such as mosques and marketplaces.

More than 20,000 people have been killed in the 7-year-old Islamic uprising that has spread from Nigeria to neighboring countries and driven 2.2 million people from their homes.

Aid workers say there is a catastrophic humanitarian crisis in newly freed but still dangerous areas where half a million people are starving and babies dying daily. There has also been a resurgence of polio in areas that had been under Boko Haram’s control. 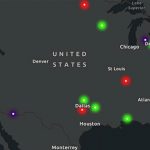 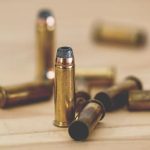 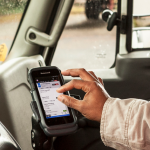 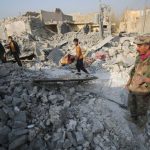 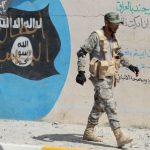 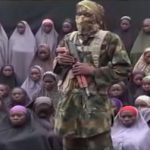 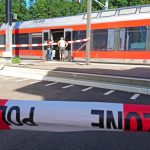 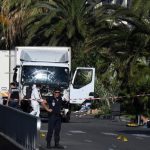 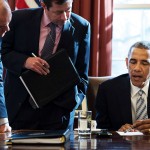 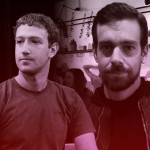